DailyOh! Congress vs Congress in Bengal, to what Priyanka Gandhi did in Assam 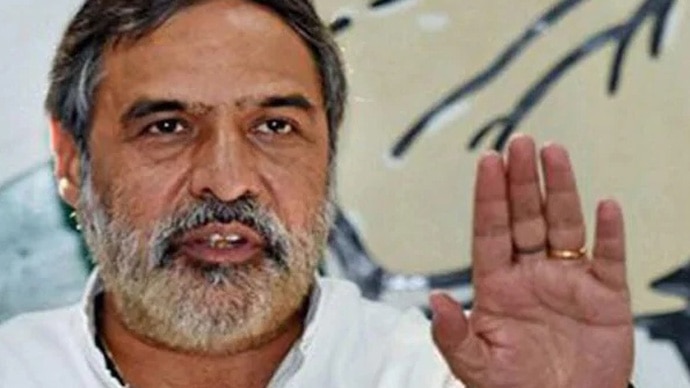 Adhir believes Sharma is trying to tarnish the party image to please his 'future political boss'.

The Furfura House member won’t beg and Adhir won’t budge from his decision to be a part of this alliance. But the Congress looks headed to part ways with the Congress. We mean a split looks inevitable under the current circumstances.

In Jammu today, Congress workers raised slogans against Congress leader Ghulam Nabi Azad and burnt his effigy because he called Narendra Modi an honest man. The effigy-burning lot was seen coughing and teary eyed due to the smoke caused by the burning. The coughing and choking metaphorically conveyed when you hurt yourself, you get hurt. 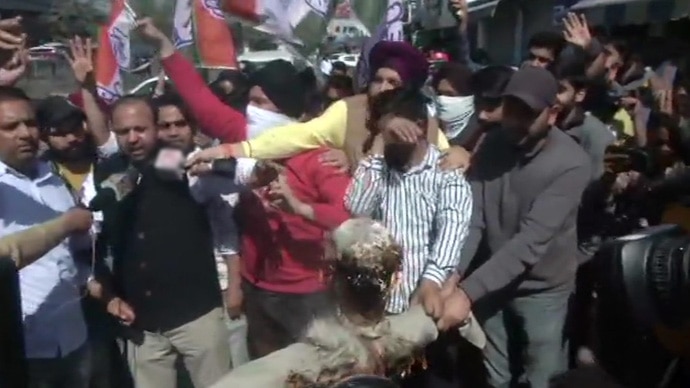 But Congress's Priyanka Gandhi was all smiles 'labouring' in the tea gardens of Assam. 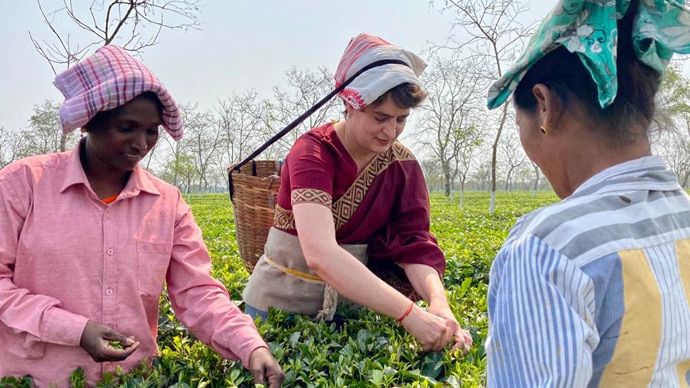 Priyanka Gandhi at a tea garden in Assam. (Photo: Twitter/@INCIndia)

But a woman in UP’s Hathras has been seen crying on camera allegedly because her father was murdered by the same man who molested her in 2018 and the man’s aides. The woman’s father reportedly filed a police complaint against Gaurav Sharma in the molestation case. She was seen crying and demanding justice from police and the BJP government in Uttar Pradesh. One man has been arrested.

In Delhi, the party’s Central Election Committee will hold a meeting on Thursday to decide who will contest from where in West Bengal. Polling for 30 seats will take place in the first phase on March 27.

The Election Commission, you may have heard, in its long press conference gave that schedule. We will come back to the Election Commission in a bit because the word heard reminded us that one in four people may have hearing problems by 2050. Said who? Said WHO in its first ever study on hearing. Why will this happen? Because of problems such as infections, diseases, birth defects, noise exposure and lifestyle choices. Yes, these problems can all be treated but access to treatment in low-income countries is problematic. Also, the population in low-income countries is high and hence the high number of cases.

Let’s get back to the EC because according to the Times of India, an expert committee set up by the poll body has said that hashtag trends should be treated as political ads. The committee also demanded a separate social media monitoring cell.

Most problems need committees but the problem is also that committees also become problematic. Forget problems, let’s talk history. The history of Twitter hashtags. Hashtag first came to Twitter on August 24, 2007. Who brought it in? Chris Messina. In its early days, Twitter users complained that they were seeing irrelevant content. 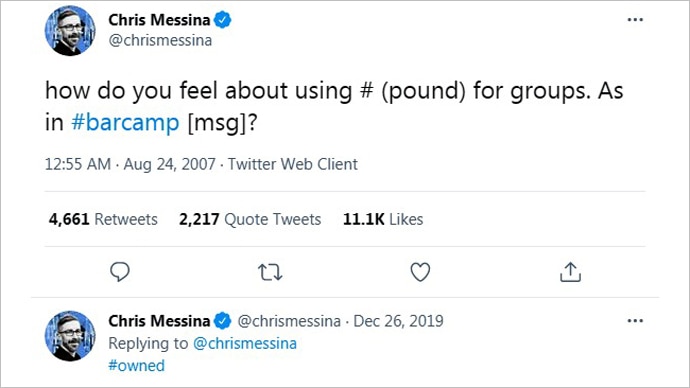 Messina began looking for a solution. Messina’s challenge was to get people to notice hashtag. Around that time Nate Ritter, a Californian, happened to be tweeting about the wildfires. Like tweeting a lot about it. On Flickr, Messian noticed SanDiegoFire was being used as a tag. Messina then reached out to Ritter and suggested the use of #SanDiegoFire on all relevant tweets. The tweets by Ritter got so popular that users soon began to group content with hashtags. In 2009, Twitter had to acknowledge them and introduce search engines for users to see who else was tweeting on the same topic. If you want many people to tweet using the same hashtag, you may need a toolkit.

Technology is solution but then technology is also a problem. Did you read the recent NYT report, China Appears to Warn India: Push Too Hard and the Lights Could Go Out, about Mumbai’s outage? The report adds that the power outage may be the result of a cyber attack from China in an attempt to give a sign to India to not press too hard on the borders.

Remember the outage, Mumbai’s worst power failure in decades? It happened on October 12, 2020. Many had blamed 2020 for it. In November that year, an India Today report said that the Maharashtra cyber department suspected that a malware attack could have caused the outage. Before housing societies could run out of full power backup, power was restored and that saved the outrage. What about the jhuggis? Oh, power outages are seen as fait accompli by a vast majority of India.

But what is an outage anyway? The word outage, the Word Of The Day, finds its origin in 1903 American English. It means a period or condition in which power is out. A power cut is outage. Out of power, however, is not the same as power is out. Outage is strictly related to electrical power. All other power is related to the mind.

The Lorax is related to the environment and its destruction. If you haven’t read it, you must read it. If you have read it, read it to the children around. This book by Dr Seuss, first published in 1971, holds good even today. So grab your copy.

Actor Angelina Jolie has, meanwhile, sold her painting. The painting basically belonged to former UK Prime Minister Winston Churchill. He gifted it to former US President Franklin D Roosevelt during World War II. It then landed in Angelina Jolie’s collection. Jolie has sold it for Rs 84,41,00,000. 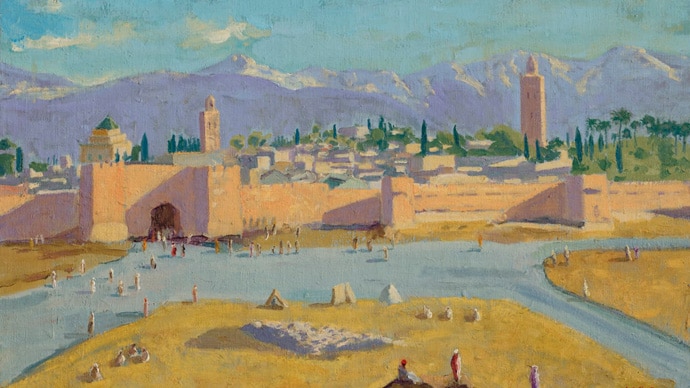 Also Read: How to lead organisational change in times of crisis