Daily Recco, March 2: Listen to The Lorax, who speaks for the environment

Dr Seuss's Lorax speaks for the trees, and his words will make you think twice about your choices that leave an impact on the environment.

There has never been a time like now when the collective voice of concern over the environment has been louder. That could be because a vast number of those who are voicing these concerns today have grown up having either heard the voice of Lorax or at least in some part heard Lorax’s message.

The Lorax, a book by children’s-story magician Dr Seuss, was first published in 1971. Since then, it has come to be widely recognised as a very effective way of teaching children about the dangers of environmental destruction in the simplest of ways. 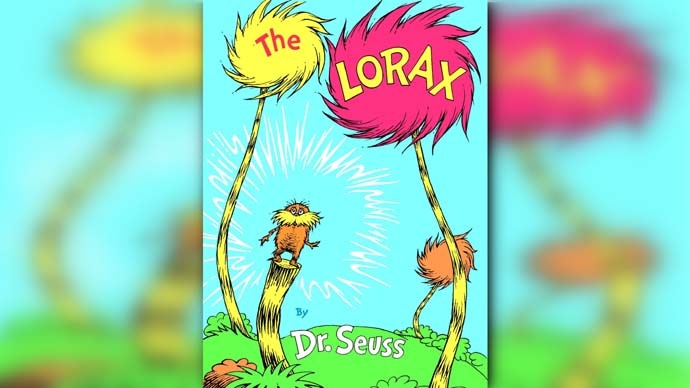 The story is of The Lorax, a creature that “speaks for the trees.” The Lorax is a personification of the environment in the book that beseeches an industrialist — Once-ler — against indiscriminately exploiting a forest of Truffula trees for producing Thneed, an impossibly versatile garment. Once-ler, expectedly, pays no heed to the warning and reaches a point where his business and wealth collapse because there are no more Truffula trees left.

Once-ler recounts the tale to a young unnamed boy, as he reminisces and regrets his actions in his self-imposed exile in the now-decimated environment. As the last tree of the forest is cut, The Lorax disappears behind the smoggy clouds after one sad backward glance. He says nothing, for nothing can be said anymore.

The spot where The Lorax last stood is a small pile of rocks with a single word: "Unless". After years of pondering in solitude, Once-ler finally understands Lorax’s message: "Unless someone like you cares a whole awful lot, nothing is going to get better. It's not." The tale ends on a hopeful note, with Once-ler giving the boy the last Truffula seed and to grow a forest from it, with the hope to restore the lost ecosystem.

Had Dr Seuss been alive today, The Lorax would have spoken in much louder and harsher tones about the prevalent consumerism and the extent to which we have wrecked the environment. But the message of the book stands as true today as it would have in the early days of the Industrial Revolution in the 1800s, despite the fact that it was written in 1971. And that is merely a description of what makes this work of Dr Seuss timeless.

Dr Seuss is perhaps better known to Indians as the person who wrote the story about How the Grinch Stole Christmas! But his ability to take complex concepts and convey them to children in a manner they could not only understand but also process has made him a mainstay of American culture in general and of Western-style education systems in particular.

With creative names and fun rhymes, what Dr Seuss, speaking in the voice of The Lorax, tells us is something we have known all along. And it is something we continue to choose to ignore. As we mark Dr Seuss’s 117th birth anniversary today, let’s listen to The Lorax. Unless.

Also Read: The New Wilderness is our soon-to-be reality

#Environmentalism, #The lorax, #Dr seuss, #Dailyrecco
The views and opinions expressed in this article are those of the authors and do not necessarily reflect the official policy or position of DailyO.in or the India Today Group. The writers are solely responsible for any claims arising out of the contents of this article.