Chilling: The picture that emerged when Aung San Suu Kyi unmasked herself But Suu Kyi is a scared woman today and so, she has chosen the path of moral corruption that is blind to the blood of innocents being spilled, their houses being burnt down and women being raped. To fight her fear of losing power, Suu Kyi has chosen to ignore the fact that thousands of her countrymen have been rendered homeless and are staring at an uncertain future, having being driven out of their homes, pushed into countries that don't want them.

This corruption of the conscience is now Suu Kyi's dictator and has forced her to lend moral sanction to the incarceration of those trying to highlight injustice.

The fear of losing power is overbearing and Suu Kyi is scared to let go of the command and control she enjoys after years of house arrest.

So scared is the state counsellor that she has avoided going to the United Nations for the second consequent year.

Having won the Nobel Peace Prize in 1991 for leading a non-violent struggle against Myanmar's military, Suu Kyi today is brazenly siding with the same military, justifying the horrors perpetrated on the Rohingyas in the country. 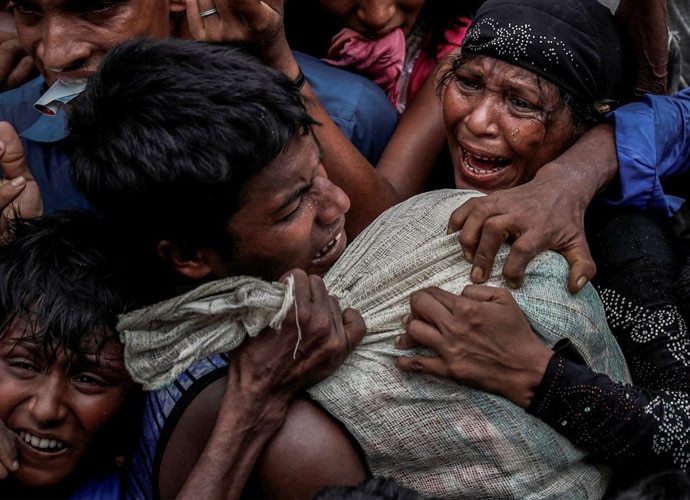 Myanmar's military junta is accused of carrying out genocide against the country's Rohingyas. (Source: Reuters)

The massacre of the Rohingyas was so huge in its enormity that the UN has called it genocide.

Suu Kyi, who once upon a time, sought support for her fight against the military, has now turned her back on the international organisation which was formed to ensure the continuity of the liberal world order.

Suu Kyi, who rose to prominence in the 1988 uprisings in the country, was put under house arrest by the military junta after her party, the National League for Democracy, won 81 per cent seats in Parliament. She waged a non-violent battle against the military while remaining under arrest for over 15 years.

Under world pressure, the military gave in and set Suu Kyi free. This was no favour to the leader. A liberal world stands on the premise that injustice against any person in any part of the world needs to be fought tooth and nail - more so when injustice is meted out to people at the hands of a country's ruling regime. 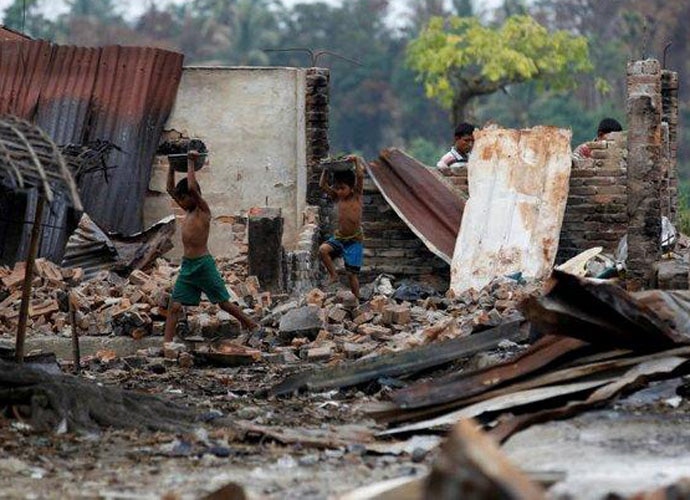 Ruins: Children recycle goods from the debris of a market set on fire at a Rohingya village outside Maugndaw in Rakhine. (Source: Reuters)

And yet, having taken help from the whole world in her fight, Suu Kyi has now taken the inward-looking route to hang on to power. Her fear of losing power sets a scary spectre for the world.

The Myanmar leader, who got the world together to fight for her freedom of expression, is now at the forefront of a battle for its suppression.

On September 13, fully aware that each word she uttered was being heard loud and clear by people across the world, she presented a justification for the incarceration of two Reuters journalists, who have been slapped with a seven-year jail term for highlighting the massacre of Rohingyas in Myanmar.

Wa Lone, 32, and Kyaw Soe Oo, 28, were each imprisoned for seven years last week, for breaching the country's Official Secrets Act while reporting atrocities committed during the military crackdown in Rakhine. "They were not jailed because they were journalists," but because "the court has decided that they had broken the Official Secrets Act," she said in her first direct comments on the issue.

Myanmar's military regime wanted the genocide to remain a secret. Those who dared to bring it out to the world have been put behind bars, and Suu Kyi is asking the world how exactly this is a "miscarriage of justice".

The Nobel Peace Prize winner sees no problem in people being maimed and forced to flee their own country, she sees no problem in people being thrown into jail for reporting human suffering. Suu Kyi has been a sufferer, she must have felt suffering so many times when she remained confined to her house. And yet today, she is a cold-blooded abettor of hate, injustice, of genocide itself.

So far, she was complicit by her silence. Today, she has been vocal about her sanction.

This is Suu Kyi's unmasking. The picture that has emerged is chilling.

When the calls asking to strip Suu Kyi of her Nobel Prize had grown, the Norwegian Nobel Committee said, "We don't do it. It's not our task to oversee or censor what a laureate does after the prize has been won. The prizewinners themselves have to safeguard their own reputations."

Suu Kyi has not just violated her reputation as a Nobel laureate, but the trust of her people who thought she would speak for them because she will always speak for justice.

Also read: The silence of Aung San Suu Kyi — Why has Myanmar's leader not been stripped of her Nobel Peace Prize yet?