On Friday, as many of us slept peacefully in our beds, the city battled the fires of hate and communalism. But who is to blame?

On Friday (May 11), as many of us slept peacefully in our beds, the city of Aurangabad battled the rising fires of hate and communalism that look to be inching closer to our doorstep with every passing day.

One of India's most popular tourist destinations, Aurangabad is home not just to the Buddhist-era Ajanta-Ellora caves, but also the "other Taj Mahal", Bibi Ka Maqbara, as well as the ancient Grishneshwar Temple. With many faiths existing together in the city, through the ages, Aurangabad has emerged as a melting pot of varied cultures and over the past few decades, stood for the syncretism that the Indian democratic republic holds dear.

However, over the weekend, this balance was disturbed in Aurangabad as social media and some news portals shared chilling details of communal violence that rocked the otherwise peaceful city – some 350km east of the financial capital of India, Mumbai.

The riots, which started in the city's Gandhinagar area, spread quickly across the town and by the end of the day, the three rounds of violence left in their wake the burnt remains of nearly 50 vehicles and reportedly twice as many shops. But what's worse is that it took two lives — of a minor and a senior citizen — and left close to 50 people seriously injured (10 of them police personnel, including assistant police commissioner, Aurangabad, Gowardhan Kolekar).

According to a report published in The Indian Express, Maharashtra Police, Bipin Bihari, confirmed that the "minor was hit by pellets fired by the police to rein in the crowd" while the second victim died after the roof of his house, on which a petrol bomb was hurled, collapsed.

Though Maharashtra chief minister, Devendra Fadnavis, has blamed a "petty issue" for the violence, what really fuelled these fires was water.

According to a report published in DNA, tempers flared after the Shiv Sena-BJP ruled Aurangabad Municipal Corporation carried out a drive against illegal water connections in the old city area on Friday. However, things took a violent turn after the staff reportedly cut off water supply to a mosque.

Following this, a mob reportedly gathered at the spot and stone-pelting ensued. As the altercation grew, members of the two communities clashed and hundreds of youth in the city took to the streets, indulging in stone-pelting and vandalism — thus giving the incident a communal spin. With the law and order situation spiraling out of control, the police responded to the rioting with pellets, lathis and gas shells. Section 144 of the CrPC was imposed, and internet services were shut down to control the spread of fake news before it could further aggravate the crisis. Eventually, by Saturday evening, an uneasy calm was restored, but it is evident the city can go up in flames at any given moment.

As this Times of India report explains, the rioting over the weekend was not triggered by a stray incident but had been building up for a while, with minor clashes – many of them communal in nature – being reported for over months now.

"Maharashtra: One person was killed and several injured, including 10 cops, after riots which broke out last night in Aurangabad spread in several parts of the city. Over 40 vehicles were torched, shops from Shahgunj and Chelipura area were set on fire. pic.twitter.com/CuTs4Hzr4s"

Parts of Aurangabad have remained on the boil since the violence in Bhima-Koregaon earlier in January. Though curfews weren't imposed, mobile internet services was suspended for the first time in the city for a day in January. Over the last 15 days, there have been incidents where Wakf Board-owned structures have been attacked and even green grocers heckled in the city's markets during the month of Ramzan. In a seperate incident, an automobile garage owner was assaulted by a mob.

As it appears, many of the suspects in the above incidents were also involved in the riots over the weekend. The police was gathering information on them but failed to act in time against those involved.

The report goes on to quote senior police officers including acting commissioner of police, Milind Bharambe, accepting that the authorities were anticipating riots would take place in the city, but did not expect them to break out this “soon.”

He said: “We were expecting riots and communal violence, but not this early." 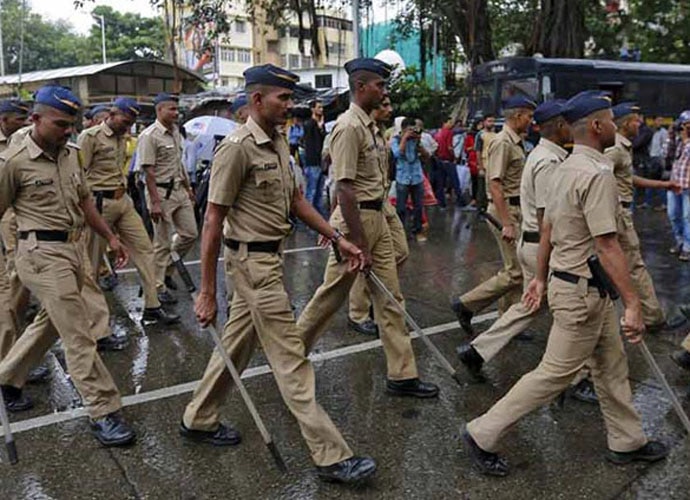 With such an admission – by none other than the city's acting top cop himself – it is clear that the loss of life and property was partly due to the state machinery's inability to act in time. Despite prior intel on possible communal violence and rioting, the authorities failed to take adequate measures and prevent the loss of not only property worth hundreds of crores from going up in flames, but also precious lives.

But should that come as a surprise? Well, not really. As it turns out, Aurangabad police force, which had been facing the threat, had been doing so without a full-time commissioner for the past two months.

In what appears to be a case of orchestrated communal violence, the inaction, coupled with the other facts at hand, make the authorities look as guilty as the perpetrators.

A far sinister game at play?

But that may not be all. If unverified images and videos that have emerged on Twitter are to be believed, last week's riots could very well be an appalling case of the authorities themselves orchestrating the violence. Though it is true that many police personnel were injured in the riots, unverified footage from Aurangabad shows the police, not facing but walking beside rioters on the city's streets.

A video clip, which has now been shared widely on social media and was possibly recorded in the early hours of Saturday, shows a group of policemen alongside the rioters as they brazenly walk on the streets — brandishing weapons and torching vehicles.

Responding to the news, top cop Bharambe, for now, has promised action against the guilty. He said, "The issue is very serious, and we are probing it. I can promise that no guilty policeman or rioter will be spared."

However, with the lines blurring, and the perpetrators seemingly walking beside the protector, it is difficult to believe the guilty will ultimately be punished.

For now, all we can do is wait and watch. But if the history of new India is anything to go by, don't be too hopeful. The guilty, wearing the police's uniforms, may already have escaped.

Post your comment
#Devendra Fadnavis, #Owaisi, #Shiv Sena, #BJP
The views and opinions expressed in this article are those of the authors and do not necessarily reflect the official policy or position of DailyO.in or the India Today Group. The writers are solely responsible for any claims arising out of the contents of this article.