Ball-tampering controversy: Cricketing fraternity wakes up to debate on ethics

The ball-tampering controversy, also being referred to as "Sandpaper gate", has brought much disgrace to the Australian cricket team. Cameras caught Cameron Bancroft trying to manipulate the condition of the ball during the team's third Test match against South Africa. He was seen taking out a yellow object (sandpaper) from his pocket and rub it on the ball.

Bancroft and Australia captain, Steve Smith, admitted to have planned this. Smith has been banned for one game even as he and vice-captain, David Warner, stepped down from their positions in the team. Smith has also stepped down as Rajasthan Royals captain for IPL 2018, which is scheduled to start from April 7. Ajinkya Rahane will replace him.

While the Australian team is now being lashed out at for its desperation and "cheap tricks", the episode raises questions over ethics, and other such tampering practices which go unnoticed.

Very disappointed with the pictures I saw on our coverage here in Cape Town. If proven the alleged ball tampering is what we all think it is - then I hope Steve Smith (Captain) & Darren Lehmann (Coach) do the press conference to clean this mess up !

Oh no ! Bancroft. Very embarrassing. From the looks of it, this is not on. Haven't seen a series marred by controversies like this one in a long long time. The Cricket has been great, but this .. #SAvAUS pic.twitter.com/2uNhxtBXTv Without mincing words, Australian media blasted the cricket team for letting the country, which considers cricket as its national sport, down. The Sydney Morning Herald said Australia's cricket leadership had "lost the plot" and there will be a heavy price to pay. "As this disreputable tour descended from the gutter into the sewer, the mythical line the Australians use as the yardstick for their behaviour has not only become blurred but disappeared altogether," it said.

Back page of the Sunday Times in the UK #SandpaperGate pic.twitter.com/q7slZzq1yG

In 2016-17, there was a ball-tampering controversy during the Australia and South Africa series when Proteas captain Faf du Plessis was found guilty of using a mint to shine the ball. Warner's reaction to that episode is now everywhere on social media, as it exposes the hypocricy of the team. “I won’t comment on the way (South Africa) have been behaving but I just know from an Australian cricket perspective: we hold our heads high and I’ll be very disappointed if one of our teammates (illegally change the condition of the ball),” Warner said at a 2016 press conference. 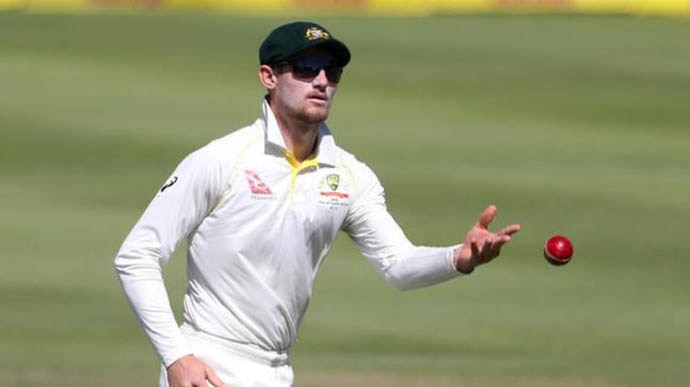 Why not life ban?

Harbhajan Singh slammed the ICC for letting off Cameron Bancroft with only a fine of 75 per cent of his match fee and not a ban. In 2001 South Africa Test, Sachin Tendulkar, Virender Sehwag, Sourav Ganguly, Shiv Sunder Das, Deep Dasgupta, and Harbhajan were banned for at least a Test by match referee Mike Denness for various offences. In 2008, Sydney Test against Australia, infamously described as Monkey gate, he was banned for three Tests for an alleged racial slur against Andrew Symonds.

wow @ICC wow. Great treatment nd FairPlay. No ban for Bancroft with all the evidences whereas 6 of us were banned for excessive appealing in South Africa 2001 without any evidence and Remember Sydney 2008? Not found guilty and banned for 3 matches.different people different rules

Direct contact from a sweet to a ball is not allowed .. You are allowed to polish the cricket ball with the saliva you produce .. you more importantly need bowlers with the skill & technique to deliver swing .. That’s exactly what happened in 05 .. #OnOn

A little birdie tells me that the weak ICC punishment isn’t anywhere near what Cricket Australia is thinking....

ICC and Cricket Australia. Their discipline and credibility is more diluted than an homeopathy remedy.

Never understood this desperation to win. It’s not life, it’s sport after all. Even if you are a sportsman.#balltampering

ICC does not recognise tampering as an offence which would call for a life ban. Under the ICC Code of Conduct for Players and Player Support Personnel, changing the condition of the ball breaches clause 41.3, but is only a level-two offence. It carries up to four demerit points, a total that brings about a one-Test ban.

The captain admitted to planning it with others. That is a more serious issue than actual tampering. Hence the need for Cricket Australia to look at it differently from the ICC match referee whose judgement is limited to the actual offence https://t.co/Yw7j1j3o1T

Different from 'dirt in pocket affair'

In 1994, then England captain Michael Atherton was seen taking dirt from his pocket and rubbing it on the ball during a Test against South Africa at Lord's. He was later fined £2,000. Reacting to Sandpaper gate, Atherton said that this is definitely different from the other prevalent practices. "I think what makes this more of a problem for Steve Smith is that this is a rather premeditated effort and then getting the young kid, Cameron Bancroft, to do it," Sky Sports cricket commentator Atherton said in an interview.  "Plenty of of people have been done for it in the past but this one has a slightly different smell,” he said.

Life ban would have taken away many legends

Many users on Twitter  find ball-tampering common and believe that life ban for the offence would altogether empty the space.

If everyone who was caught/charged for ball tampering handed a life ban....cricket would’ve lost out on many legends. इस हमाम में बहुत लोग नंगे हैं 🙏

Surely sir !!Life ban is not a solutionBall tampering can't be compared with mtch fixing.This would be very harsh on them

Former Indian pacer Ashish Nehra praised the fact that Steve and Bancroft accepted their mistake. “These kind of incidents have happened even in the past. If the International Cricket Council feels that they have done something wrong, then definitely they should be penalised. If they have admitted their mistakes, then it’s a great thing from their sides,” he said. However, this statement drew instant flak.

Interesting to note @AshishNehra64 feels by admitting guilt Smith and Bancroft did great. Guilt was on TV. What’s great in this admission?

Who did this? #SandpaperGate pic.twitter.com/GJy3oXfjd9

Hatching such a plot and thinking that they would get away with it under so many cameras was a very dumb move.

This is a big big confession. It's like , we as a team, with the leadership group decided to cheat.Very very juvenile to do so with so many cameras. Will be interesting to see the implications. https://t.co/rBtpyMkXRs

The stupidity of using bright yellow colour tape. How come no one told them that skin colour and transparent tapes are available where they would hv had a much better chance of a getting away with it? They need to be punished both for cheating and stupidity.☺☺☺ #balltampering

Aussie logic: how do we beat the saffas?Let's sandpaper the ball with 24 cameras present!Brilliant, and to finish the act. We make yellow turn to black #balltampering #magicianimpossible