DailyOh! Nitish Kumar back as Bihar CM, to when Meenakshi Seshadri was thrown out of Damini

Nitish Kumar is back as the chief minister of Bihar, the fourth time in a row, and seven times in total.

It is the Monday after Diwali and most of us are battling Monday blues. However, work — from office or from home — has its demands and like it or not, there is no escaping it.

And Monday blues or not, the work of running a state after elections is no mean feat. Nitish Kumar took oath today as Bihar Chief Minister for yet another term. Even though he is a junior partner in the NDA coalition that won the elections, he was sworn-in. But this is not the first time this is happening. In 2000, the BJP had won more seats than Nitish Kumar’s party, 67 to 34, but he took oath as Chief Minister. Then again in 2015, he was a junior partner in the Mahagathbandhan alliance, in which JDU won 71 seats while the RJD got 80 seats. However, Nitish Kumar again went on to take oath as the Chief Minister of Bihar. Nitish Kumar takes oath as the CM of Bihar for the seventh time. (Photo: ANI)

Now it was not just Nitish Kumar who took the oath today. Along with him, his new deputies — BJP's Tarkishore Prasad and Renu Devi — also took the oath along with 12 others.

With so many taking oath in Bihar today, you must have guessed our Word Of The Day by now. It is oath. The Oxford dictionary defines oath as ‘a formal promise to do something or a formal statement that something is true’. It also means an offensive word or phrase used to express anger — a swear word. The word oath comes from the Old English ooth, oth or ath which means ‘a solemn appeal to deity and sacred relics’, or ‘in witness of truth or a promise’. The word also has Proto-Germanic roots of aithaz, Old Norse word eiðr and the Swedish word ed. It has roots common to Celtic and Germanic and was possibly a loan-word from one to the other. However, the history is obscure and it may ultimately even have non-Indo-European roots.

The word has more roots than the number of people who took oath in Bihar today. Or the number of people who boycotted the ceremony. For instance, the RJD said that the mandate for change was against the NDA this time. In a statement by the party, it said, “Ask the unemployed, farmers, contract workers, employed teachers of Bihar what is going on in them. The public is agitated by the fraud of the NDA. We are the people's representative and stand with the public.”

To this, BJP leader Giriraj Singh tweeted in response that the mandate given by the people must be respected in a democracy.

Now, the mandate has been delivered and it is up to each individual or the party to accept it or not. But whether or not they accept it, the fact is that Nitish Kumar has become the CM of Bihar, yet again. And has two Deputy Chief Ministers with him. Tarkishore Prasad and Renu Devi have been low-profile BJP leaders in Bihar, and are known to complete the tasks given by the party without making a fuss. You can read more about them here. 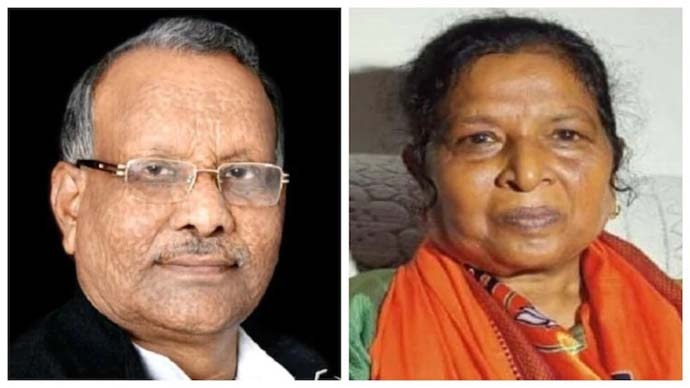 The NDA camp is not the only one celebrating today. A yesteryear actress also celebrates her birthday today. Meenakshi Seshadri turned 57 today. The star who has delivered several hits in Hindi, Tamil and Telugu films, had quite a few men smitten by her beauty — from playback singer Kumar Sanu to filmmaker Rajkumar Santoshi. However, did you know that the star of Damini (1993) — known for the titular character’s ability to stand up to the powers and fight injustice — was shown her way out of the film?

Meenakshi Seshadri was among the women of her generation who established the meaning and the power of consent to the who's who in the Hindi film industry. Director Rajkumar Santoshi wanted to marry Meenakshi Seshadri and had proposed the same to her. However, the lady was not interested and she politely declined the proposal. The result was Santoshi’s ire and Seshadri’s expulsion from his upcoming project — Damini. 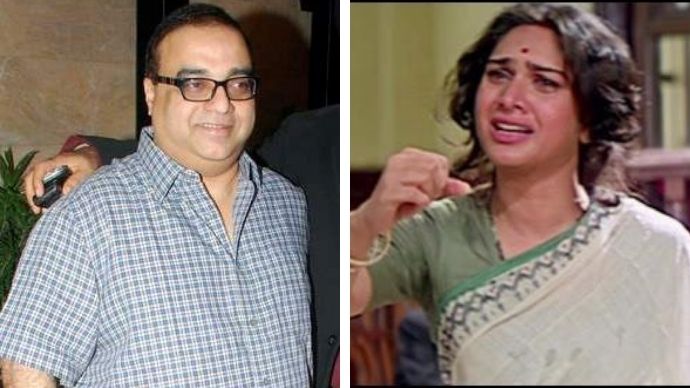 Director Rajkumar Santoshi wanted to marry Meenakshi Seshadri and she politely declined the proposal. The result was Santoshi’s ire and Seshadri’s expulsion from Damini.

Not the one to keep quiet about the injustice meted out to her, Meenakshi brought the issue to the Cine Artists' Association and argued that her personal equations and decisions should not affect her work and profession. Her argument was accepted and Santoshi was asked to take her back in the film. The rest, as they say, is history.

Sheshadri aced the titular character with her inbuilt feistiness and courage. The movie went on to become her career’s best. The ace actress was also an accomplished dancer. You can watch a clip from the same film that shows her performing the Shiv Tandava as an expression of her rage.

The actress, these days, leads a quiet life with her husband whom she married two years after the release of Damini. Meenakshi lives in Plano, Texas.

However, what’s not quiet though, is the rising cases of Covid in the national capital. Last week, Delhi recorded the highest-ever single-day spike with over 7,700 new cases. In response to the rising cases, however, Delhi Health Minister Satyendar Jain has said that there is no chance of another lockdown in the national capital. He went on to add that the third Covid wave in the city has already passed its peak. This, with Delhi’s poor air quality, has been choking the capital.

Speaking of coronavirus, we lost ace actor Soumitra Chatterjee yesterday to Covid-induced encephalopathy. The veteran actor was synonymous as Apurba Roy (Apu) of The Apu Trilogy fame that we are recommending to you as a must-watch today.

A little bit of good news to end DailyOh: Moderna has said that its experimental vaccine - 'mRNA 1273' - is 94.5% effective in preventing the coronavirus. The vaccine now has to get a nod of approval from the US FDA before it reaches people.

We will be back tomorrow with more. Until then, take care!

Also Read: DailyOh! When NSG commandos got dropped off at the wrong site on 26/11

#Soumitra chatterjee, #Damini, #Meenakshi seshadri, #Oath taking ceremony
The views and opinions expressed in this article are those of the authors and do not necessarily reflect the official policy or position of DailyO.in or the India Today Group. The writers are solely responsible for any claims arising out of the contents of this article.