DailyOh! When NSG commandos got dropped off at the wrong site on 26/11

The NSG commandos were dropped off at a wrong building on November 26, 2008, due to the pilot's error.

It is Diwali and it is not only the inhabitants of the planet, but the celestials are also having their share of fireworks. Two asteroids are heading towards Earth. One of them is twice the size of the Taj Mahal and will be buzzing past the planet as we celebrate Diwali. These asteroids are Asteroid 2020 TB9 and Asteroid 2020 ST1, of which the latter is said to be “potentially hazardous”.

A potentially hazardous asteroid is defined based on parameters that measure the asteroid's potential to make threatening close approaches to the Earth. So there could be a very good chance that the asteroid may actually be potentially non-hazardous. Whatever the case may be, you don’t have a reason to worry about it. Yet. 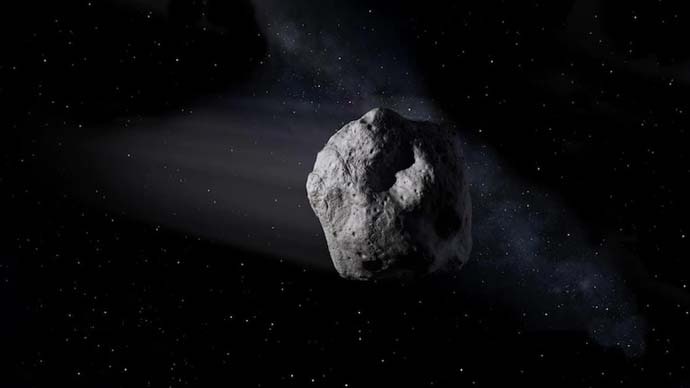 Asteroid 2020 ST1 will be buzzing past Earth on Diwali (Photo: Nasa)

From space to back on Earth. We take you back to the Mumbai terror attacks on November 26, 2008. Days ahead of the 12th anniversary of the Mumbai terror attack, India has asked Pakistan to “deliver justice” in the case. This comes after Islamabad released an updated ‘book on Most Wanted / High Profile Terrorists’ listing several Pakistani nationals involved in the 26/11 attacks. At least 166 people had died and more than 300 were wounded in the Mumbai attacks.

The NSG commandos were flown to Mumbai to fight the terrorists. During the Nariman House operation, NSG commandos reached the roof by fast-roping from helicopters. However, what might come as a surprise (even today) is that before alighting on the Nariman House roof, due to the pilot’s mistake, the commandos were dropped off on the wrong building. Thankfully the mistake was rectified in no time. There were many more blunders and also tales of valour associated with 26/11. You can read about them in the book Black Tornado: The Three Sieges of Mumbai 26/11 by Sandeep Unnithan. 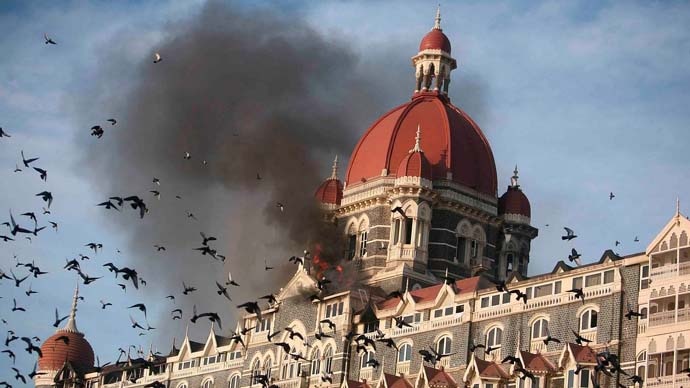 Islamabad released an updated ‘book on Most Wanted / High Profile Terrorists’ listing several Pakistani nationals involved in the 26/11 attacks India has asked the neighbour to “deliver justice” in the case. (Photo: Reuters)

They say, ‘pinching the baby and rocking the cradle’. While on the one hand, Pakistan has listed several Pakistani nationals involved in the 26/11 attacks, on the other hand, there have been reports of ceasefire violations along the Line of Control in north Kashmir. In fact, internet services have been snapped in Kupwara after the Indian Army foiled an infiltration bid across the LoC in the Keran sector earlier today.

Tomorrow, as we mentioned earlier, is Diwali (or Deepawali, as you may choose to call it). It is one of the biggest festivals in India and we are sure you are excited about it despite the pandemic and restrictions on gatherings and bursting crackers. Diwali is our Word of the Day. Diwali comes from the Sanskrit word Deepawali that translates to ‘row of lights’ — Deepa meaning light, that which illuminates, alternately meaning knowledge, and Aavali meaning a row, or a continuous series.

The festival symbolises the spiritual victory of light over darkness, or knowledge over ignorance. While each part of India has its own significance for Diwali, the most common narrative in North India is that it is a day when the people of Ayodhya lit rows of lamps to welcome their exiled king Ram back in the kingdom after 14 years. The narrative in the southern part of the country is that of the day when the big bully of Devas — Naraka — saw the light when his life was ebbing away after being killed by Krishna. It is a day when elders believe in the power of fruitful prayers and worship.

For most of us, however, it is a day when we spend some great time with our family and friends (besides binge-eating the Diwali goodies, of course!) Diwali: Ushering in rows of lights and happiness into your homes. (Photo: Reuters)

Now, while binge-eating might give you a high on the day, it is bound to make you sluggish the day after. And if Diwali falls on a weekend, as it does this year, it makes it all the more difficult to drag yourself to work (or to your computer, if you are WFH). To beat those post-festival Monday blues, we have the recipe of the Apple Cinnamon Smoothie for your lazy morning breakfast fix. Since gifting is synonymous with Diwali, you can expect a lot of fruits and dry fruits over the weekend. And this is also the way to deal with the leftover apples. Talk of killing many birds with one smoothie.

We don’t literally mean killing birds, though that is another unfortunate yet common casualty during Diwali. The festival celebrations are synonymous with bursting crackers and it is not an uncommon sight on the morning after Diwali to wake up with a hacking cough to the sight of dead birds and terrified street animals. Now, they don’t celebrate the festival the way we do. And the way we celebrate the festival with firecrackers hasn’t left us in good stead either.

Now, various states and Union Territories have banned the sale and use of firecrackers, fireworks due to surge in pollution levels and fear of an increase in Covid-19 cases across the country. With the National Capital Region already reeling under smog and pollution, the National Green Tribunal had also imposed a total ban on the sale and use of all kinds of firecrackers in the capital earlier.

You can also consider lighting up your screen this weekend with the Diwali releases. For starters, there is Rajkummar Rao’s Chhalaang on Amazon Prime Video, director Anurag Basu’s Ludo that released on Netflix on Thursday. On the regional front, Soorarai Pottru — the much-awaited action flick featuring Tamil superstar Suriya — finally premiered on Prime Video, also on Thursday. And then there is Mookuthi Amman, starring Nayanthara and RJ Balaji, that will release on Disney+Hotstar tomorrow. For the fans of animated films and those who believe that one is never too old to enjoy a good cartoon, there is Pete The Cat and Superman: Red Son, both releasing today on Prime Video.

Speaking of films and Diwali, Bollywood has been celebrating Diwali on screen for many generations now. Now while many of us have the wherewithal to buy new goodies during the festival, the same is not true for all. Here is Johnny Walker and Mohammed Rafi bringing the plight of the have-nots to light, and urging more compassion towards those who are dependent on us for their Diwali to be happy.

We wish you and yours a wonderful Diwali.

Be back Monday with more news and views.

Also Read: DailyOh! When Pakistan had brought down YouTube, to 40 million vaccine doses that are ready

#Asteroids, #India pakistan tensions, #Diwali, #2611mumbaiattacks
The views and opinions expressed in this article are those of the authors and do not necessarily reflect the official policy or position of DailyO.in or the India Today Group. The writers are solely responsible for any claims arising out of the contents of this article.