Modi government must answer why victims are increasingly being denied justice

A striking characteristic of the National Democratic Alliance's (NDA) tenure has been the politics of vindictiveness and denial of justice to those aggrieved.

Opposition leaders and their family members have landed in jails one after the other since the NDA came to power. Former finance minister P Chidambaram's son Karti Chidambaram is a case in point.

Karti is accused of receiving kickbacks in 2007 to clear foreign investment worth around Rs 300 crore in television company INX Media, run by Peter and Indrani Mukerjea, using the influence of his father, who was the then Union finance minister.

On the other hand, allegations against Amit Shah's son Jay Shah that he saw a dramatic increase in some of his businesses since Narendra Modi became prime minister were not even properly investigated. The Wire reported that Shah's son increased 16,000 times over in the year following election of PM Narendra Modi.

When the allegations were made, Jay moved the Gujarat High Court, which debarred The Wire from publishing any article related to the businesses of Jay. 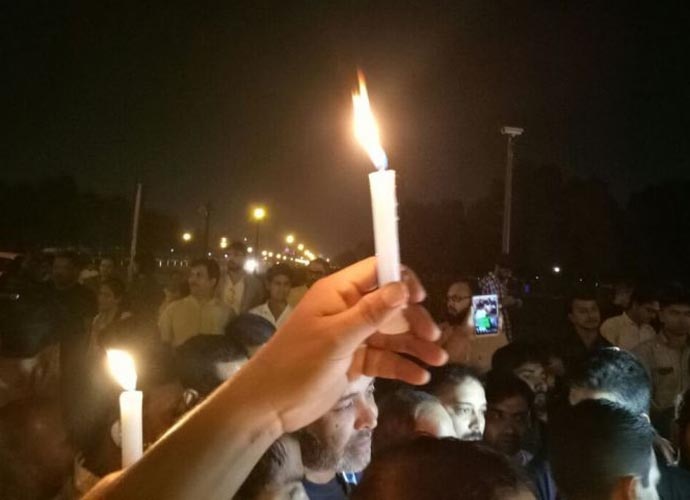 Recently, Aseemanand was acquitted in the Mecca Majid blast case, and Mayaben Kodnani was given a clean chit in the 2002 Naroda Patiya case.

Case after case, Gujarat riots have witnessed justice being denied to the victims. Congress MP and trade unionist, Ehsan Jafri, is an example. Jafri was hacked to death by a mob during Gujarat riots. At a time when all police control rooms were being directed by Gujarat ministers, Jafri's calls for help received no response. Ruling in the case, the judge said that since the attack was carried out by a mob, it was difficult to identify individuals. The killers thus went scot free.

But murders and loots in Gujarat riots aren't the only cases where justice has been denied. The demolition of Babri Masjid too saw no action against kar sewaks.

Why is the police soft on criminals of the ruling party but harsh on those from the Opposition camps? Why are Aam Aadmi Party stalwarts constantly facing crackdowns upon them while police are turning a blind eye to the atrocities on Jawaharlal Nehru University student protesting peacefully?

It is becoming increasingly hard for people to get justice. After the gang rape and murder of an eight-year-old girl in Kathua, near Jammu, BJP leaders defended the rapists along with a group of lawyers from the region.

When people rose in protest, Prime Minister Narendra Modi said, "Rape is rape, don't politicise it." But he didn't say what the victim's family should do, if not protest against those supporting their daughter's rapists.