Spoilt with choices? Why 'Black Mirror' episode 'Bandersnatch' is not the future of entertainment

The interactivity offered by this episode of 'Black Mirror' on Netflix is overbearing.

Ask around: Have you seen Bandersnatch?

Bandersnatch what? This is probably the reaction you are going to get if you pose this question to your mom, dad and that childhood sweetheart who you believe you were in love with until you were not. And in case people who you are asking are connected to Netflix and have indeed watched it, even then, I believe the reaction is going to be the same: "Bandersnatch what?".

This movie-length episode of Black Mirror is technically very impressive — but as a piece that is supposed to entertain, it only leaves viewers baffled and cold.

As a movie, Bandersnatch is mediocre.

It has a story that goes nowhere — you can try all of its five endings and hundreds of story arcs and you will reach the same conclusion — and its script is easy to forget. Direction-wise, it is as if the Black Mirror teams spent all their energy on seamless transitions of scenes when users make a choice. The only saving grace, I believe, is the performance of Will Poulter  but then he doesn't get all that much screen time. Will Poulter's performance is the only saving grace for Black Mirror: Bandersnatch. (A still from Netflix series Black Mirror)

But am I making sense to you? Probably not. So, let me first explain the context.

Netflix has released a special episode of Black Mirror. It's called Bandersnatch, a term that comes from the name Carroll Lewis gave to a fantasy animal in Through the Looking Glass. Just like The Looking Glass — and Alice in Wonderland — the Black Mirror: Bandersnatch is a story with a non-linear script. But that is not the big deal here. There are plenty of non-linear scripts around us. The big deal is that Netflix lets users choose the direction the protagonist takes in Bandersnatch. The script is non-linear only in the sense that users have the ability to choose and mix different parts of the script almost in real time.

As I said, Bandersnatch is a technical marvel. It uses a complex script, some carefully created footage and mixes it with software tools that Netflix is using to stream the series to give users choices while they are watching the movie. So, with a click of a mouse, users make choices.

Should Stefan Butler, the main character and who is writing a non-linear video game called Bandersnatch, spill the coffee in anger or should he shout at his dead? Should he talk to his therapist about his mom's accident or should he not? Should he take drugs or not? The choices that users make define the narrative on the screen.

Bandersnatch has a total footage of over five hours, though in most cases, users will end up reaching one of its five endings in around 90 minutes.

The way viewers make choices, and the way Netflix then handles the transition to a scene according to the choice made, is very impressive. It's seamless. And it looks like Netflix has cracked the code for the entertainment of future.

The future is interactive entertainment, or so it seems.

But it is not.

This has nothing to do with the fact that even as a linear story, Bandersnatch is somewhat slow and brooding. I actually like slow and brooding movies, I even enjoy the likes of Baraka and Koyaanisqatsi that are, on the surface, nothing more than gloriously shot video footage paired with some good music. My problem with Bandersnatch is its interactivity — exactly the bit that it tries to highlight as its biggest plus point.

I find this interactivity overbearing. After making countless big and small decisions in the real world — all that work in the office, all those decisions while driving, all those thorny talks on the phone — when I sit in front of a computer or a TV to watch a movie or a show, I want to be entertained.

But Bandersnatch doesn't entertain me — instead, it forces me to make choices. And when I refuse to make choices — I don't click any options — it makes choices on my behalf. Now, that would have been okay with me but Bandersnatch is so non-linear that even when it is making choices on your behalf, it repeats segments, it goes back to some choices again and again or simply goes into a time-loop from which you recover only if you take back control and frustratingly choose something. As humans, when we seek entertainment, we do so to relax — especially in 2019 — when we are already overdosing on information and a life that's increasingly complex.

Most people don't want to juggle with a quiz in the name of entertainment. We want a story told, we want to see acting that will move us, we want to hear music that will gladden our hearts. And we want others to weave these stories, play those parts, create that music. Do you want entertainment? Hey, here is a camera, go record a movie and be entertained — that is not how it works. We couldn't create Star Wars even if we had all the resources that George Lucas had. We relied on Lucas to do so and then we watched his vision, his story, because it entertained us, moved us.

This is where it is different with Bandersnatch.

I mean, consider this: I have the story of Mahabharat to tell you but I am offering you five endings, so choose which one you want? If you choose an ending, the whole story will be ruined. The story of the Mahabharat will neither be fun to listen to, nor timeless, if you are forced to choose an ending. 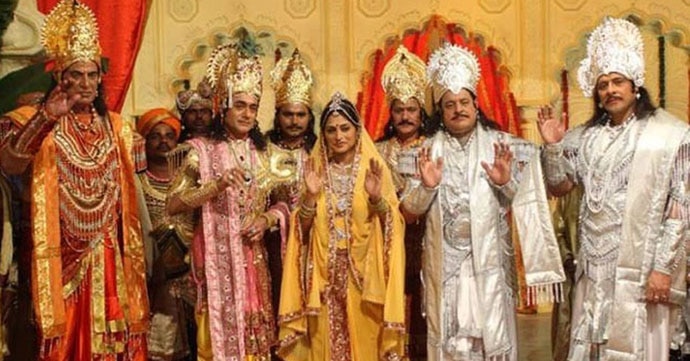 I know it is too early to say something conclusive about the kind of storytelling Netflix has managed with Bandersnatch. But even at this early stage, there are some fundamental problems with it. Something like Bandersnatch can be a great quiz. Or a game. Or some art work that involves viewers to create a unique form of art.

But I don't believe it is the future of entertainment.

Also read: Why 'The Haunting of the Hill House' is Netflix’s best horror show till date

#Star Wars, #Netflix, #Bandersnatch, #Black Mirror
The views and opinions expressed in this article are those of the authors and do not necessarily reflect the official policy or position of DailyO.in or the India Today Group. The writers are solely responsible for any claims arising out of the contents of this article.