Last week, when Bihar Police arrested Bhante Sangh Priya, a Bodh Gaya-based monk for sexually abusing poor children, it once again turned out to be a shocking case of protector turning into a predator. The 32 minor boys, mostly from Assam and Tripura and in the age group of eight to 16 years, were sent by their financially weak parents for better care and education.

The monk had lured the boys from northeastern states, promising their parents to make their wards experts in Buddhist religious training. But the boys were abused in Bodh Gaya. Sangh Priya ran an NGO called Prajna Social Welfare Trust, of which he was the founder-secretary. The NGO had registered a trust in February this year.

Sangh Priya had registered his trust with the Bihar government, stating that it is “working for socio-economic, educational and cultural” development of the underprivileged. But a video-taped account of the victims – now with the prosecution authorities – provides a chilling account of the sexual exploitation of the children by him. The boys, according to the account of the inmates, were stripped and forced to watch pornography and perform for the 49-year-old perverted monk. It was going on for months, and the boys were not allowed to go home.

The Gaya Police have registered a case on charges under the Protection of Children from Sexual Offences (POCSO) Act and various IPC sections against Bhante Sangh Priya. The POCSO Act carries a minimum punishment of seven years’ rigorous imprisonment, which can be extended to life imprisonment as well. Section 377 carries a minimum punishment of 10 years.

Sangh Priya has been arrested and the court of special POCSO judge has remanded him to two weeks’ judicial custody. Medical tests have been conducted on all 32 boys.

For Bihar, the case has once again provided a rude shock to the society as well as the government, as it surfaced shortly after the Bihar social welfare department had to suspend 23 officials and staffers of child protection units on charges of negligence in the Muzaffarpur shelter home abuse case that reached the Supreme Court. Earlier, a Tata Institute of Social Science report had exposed how homeless inmates of a state-sponsored Muzaffarpur shelter home were abused for months. 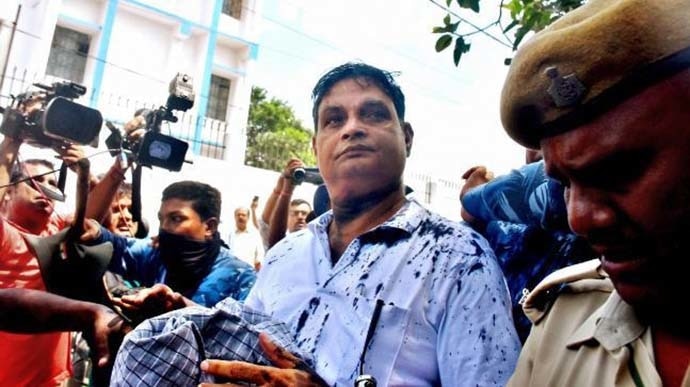 Brajesh Thakur, was arrested for the rape and torture of more than 30 girls at a shelter home in Bihar. (Photo: PTI)

Now, the Bodh Gaya incident has once again thrown up disconcerting questions over the mushrooming of NGOs in Bihar. Though the Bodh Gaya administration has taken over the NGO’s building, the need of the hour is to effectively scan all the NGOs and religious organisations operating in the area.

The abuse got accidentally exposed when a visiting Buddhist monk from Tripura learned about the shocking exploitation of minor boys. Having earlier facilitated admission of some poor children in Bhante Sangh Priya’s school, the monk dropped in to see how they were doing in Bodh Gaya.

The boys told him about the alleged sexual abuse and exploitation. He then promptly informed the Gaya district administration.