The problem lies in the book being too preachy about the goodness of the world, the power of God and the virtues of forgiveness.

Shocked and dazed, Nidhi Chaphekar lay on the floor amid smoke so thick it was impossible to see beyond the reach of her own hands. The shock, daze and smoke all emanated from the same source — two suicide bomb blasts that hit Brussels Zaventem Airport on March 22, 2016.

Chaphekar’s photo, showing her slumped on an airport chair, her clothes in tatters, her footwear in shreds, blood dripping from her face, summed up the horror that hit the Brussels airport that day. 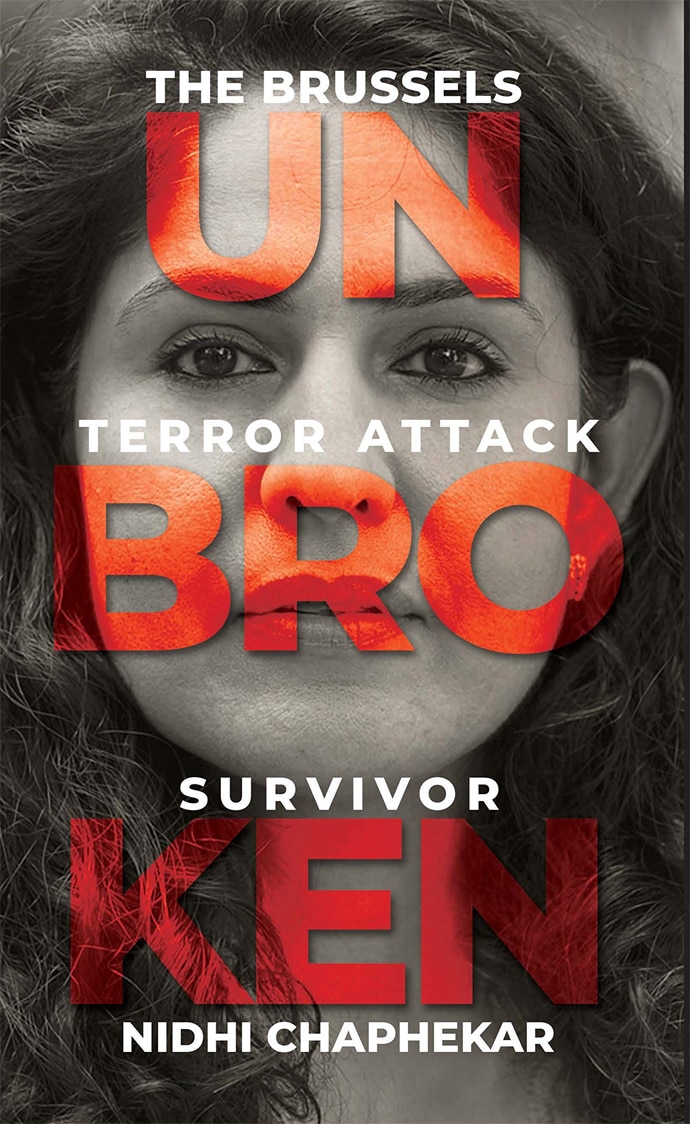 But long after bombs have gone off and the smoke that they trigger dissipates, people struggle to limp back to life as it once was. Unbroken: The Brussels Terror Attack Survivor is the tale of Nidhi Chaphekar’s life limping back to normalcy. And Nidhi Chaphekar, a flight attendant, tells the tale in her own words.

Chaphekar was preparing for a routine flight to New Jersey the day the blasts happened. She had arrived in Brussels just the day before from Mumbai.

The blasts changed her life forever and it first began with the photo. Chaphekar’s family saw her photo and panicked. The panic was heightened because there was no way they could get in touch with her. She didn’t have her phone and Jet Airways, the carrier she served, too could not trace her. The family went through endless agonising hours before they would know Chaphekar was alive. The next obvious question about how badly injured she was still had no answers.

She was sent into medically induced coma because the doctors knew the pain would be too much to bear. When she got out of the coma, the pain was still unbearable. Aided by her family, friends and her own determination to be hale and hearty again for her children, Chaphekar fought hard.

With bomb splinters stuck deep inside her body, Chaphekar’s fever would just not come down and it began to appear at one point, she may not make it. But she was determined to live. Her children, she writes, were too young to be brought up without a mother.

But the book flounders in telling this tale. Chaphekar writes it like a daily diary but she doesn’t have the full recollection of the initial trauma, partly because of the induced coma and partly because so much happened so quickly. The style is not a problem though. The problem lies in the book being too preachy about the goodness of the world, the power of God, the virtues of forgiveness. All good words. Just that there is an overdose of it in the book.

Many told Chaphekar she could well become a motivational speaker. She did get into TEDx talks and other such programmes to tell people motivational stories, but the book fails to motivate.

For a lot of people dealing with prolonged heath issues, involving multiple surgeries, in a country like India, what’s needed more than motivation is money. Chaphekar’s story has no mention of it. Maybe it was not a care for her. Maybe it was, but she chose not to talk about it. And she is fair in doing so.

Jet Airways was helpful and Chaphekar’s own family extremely supportive. Many people would turn pessimists even in such a situation. Chaphekar did not. That’s the positive to pick up from the book. But reading 344 pages to get to that conclusion is not advisable. It would have perhaps worked better as a long-form column in a newspaper or a magazine.

To be fair to the writer, she admits in the beginning itself that she is no writer. She has a story and she wants to tell it. It doesn’t make for a good read.

Some good stories get lost in the way they are told. Unbroken: The Brussels Terror Attack Survivor is perhaps one such example.

Post your comment
#Nidhi chaphekar, #Brussels terror attacks, #Brussels Blasts, #Bookreview
The views and opinions expressed in this article are those of the authors and do not necessarily reflect the official policy or position of DailyO.in or the India Today Group. The writers are solely responsible for any claims arising out of the contents of this article.