The Budget earmarks Rs 750 crore for cow protection and welfare. This will stir Hindu hearts, no doubt, but it should also spark questions about modern 'cow protection'.

For the first time in the history of Indian Budgets, the divine cow has a special fund corpus allocated for its welfare. A whopping Rs 750 crore has been earmarked for cow protection, and a Rashtriya Kamdhenu Aayog set up for cow welfare.

Kamdhenu is the miraculous ‘cow of plenty’, the ‘mother cow’ in Hindu mythology, regarded as the source of all prosperity.

To benefit BJP’s Hindu votebank, or the farmer’s economy?

Did cow welfare really need such a huge sum allocated to it? A Rashtriya Kamdhenu Aayog has been set up for the welfare of the cow. (Photo: PTI)

Cow protection had found a special mention in the BJP’s 2014 poll manifesto. So, after five years, it had become imperative for the Modi government to come out with some definitive measure regarding this. As acting Finance Minister Piyush Goyal said in his Budget speech, "Gaumata ke liye hamari sarkaar peeche nahi hategi." (This government will never shy away from honouring our mother cow).”

Violence in the name of cow protection

India has witnessed a number of lynchings recently in the name of ‘cow protection’. In the past five years, as violence increased over such incidents, several new terms became part of our vocabulary — ‘cow terrorism’, ‘cow protection units’, ‘gaurakshaks’, etc. Indeed, we saw a sharp transition from ‘gaay hamari mata hai (the cow is our mother)’ to the more vociferous ‘gau raksha’ (cow protection).

Though PM Modi has condemned violence over the cow more than once, his words have failed to make much difference on the ground.

Gandhi on Hinduism and cows

The cow has always had a special place in Hinduism. Love and reverence for the cow is an integral part of Hinduism. (Photo: Twitter)

However, the Mahatma’s idea of cow protection was very different from the violent version popular today. Bapu had said: “I would not kill a human being for protection of a cow, as I will not kill a cow for saving a human life, be it ever so precious… Cow protection to me is not mere protection of the cow. It means protection of all lives that is helpless and weak in the world.”

Thus, the idea of reverence for the cow is also tied with the idea of ‘ahimsa’ (non-violence) in Hinduism. (But these concepts don’t t seem to work in our modern times).

The cow and its progeny have traditionally contributed immensely to the socio-economic life of our country, with the many ways in which they are useful in agriculture and the rural economy in general.

But today, amid the changing environment, practical solutions are needed.

For example, banning cow slaughter without adequate provisions to house stray cattle has turned into a major problem for farmers. Reports of stray cows damaging crops are very common in Uttar Pradesh. The Yogi Adityanath government had even ordered his administration to ensure that all cows were sent to shelter homes by January 10, but nothing came of it. Farmers already in trouble on many fronts are now battling the problem of stray cows. 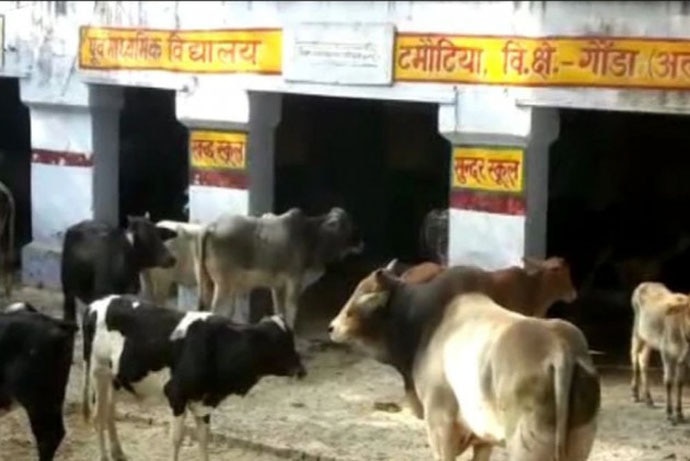 Hopefully, the Kamdhenu Aayog will be able to take care of such issues. The deities Krishna, who herded cows, and Shiva, who rides a bull (Nandi), are important to Hindu sentiment — going much beyond votes.

The Cow in Hinduism

As a Hindu, caring for the cow to me is a beautiful practice.

It takes the human being beyond his own species. Traditionally, the cow was the best companion for a large section of Indians. She was the giver of plenty. Not only did she give milk, she also made agriculture possible. It is only fitting that human beings should give back to this wonderful animal.

“Hindus venerate cows because cows are the symbol of everything that is alive,” wrote Columbia anthropologist Marvin Harris. “As Mary is to Christians the mother of God, the cow to Hindus is the mother of life.” 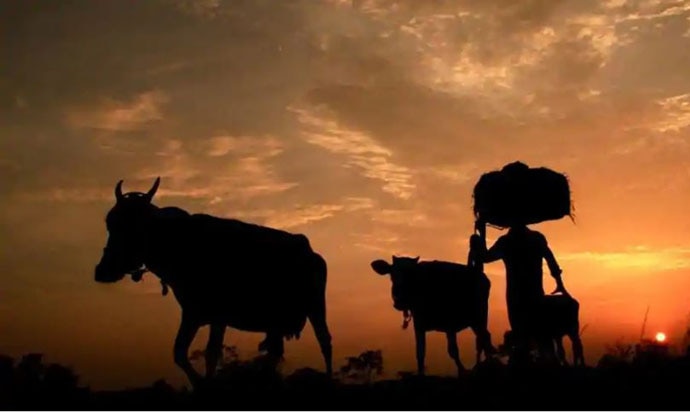 Even today, the cow is indispensible to the farmer — constant companion, giver of plenty. (Photo: PTI/file)

Hindus believe that each cow contains 330 million gods and goddesses. Krishna, the god of mercy and childhood, was a cowherd and a divine charioteer. On festivals honouring Krishna, priests shape cow dung into images of the god.

Shiva, the god of energy, rode through heaven on Nandi, the bull. The entrance to Shiva temples is marked by an image of Nandi as well.

#BJP, #Rashtriya kamdhenu aayog, #Piyush Goyal, #Budget 2019
The views and opinions expressed in this article are those of the authors and do not necessarily reflect the official policy or position of DailyO.in or the India Today Group. The writers are solely responsible for any claims arising out of the contents of this article.