Why Bulbbul is a new women's fairy tale

While the story is set in pre-Independence era, the issues that Anvita Dutt raises, especially pertaining to a woman’s place in society and the hurdles she faces, feel pertinent.

In Netflix film Bulbbul, writer-director Anvita Dutt gives audiences a chudail (witch) they aren’t accustomed to seeing. Dutt’s creation is not an eyesore, not too scary and has a back story which explains her actions. Dutt, who was written lyrics, dialogues and done additional screenplay work over 15 years, calls herself ‘a fan of fantasy’ genre. “I have always been attracted to the other, the shadow people who are misunderstood,” she said. “Something that you don’t understand you are afraid of, and if you get to know them a little better you realise there is pain.” 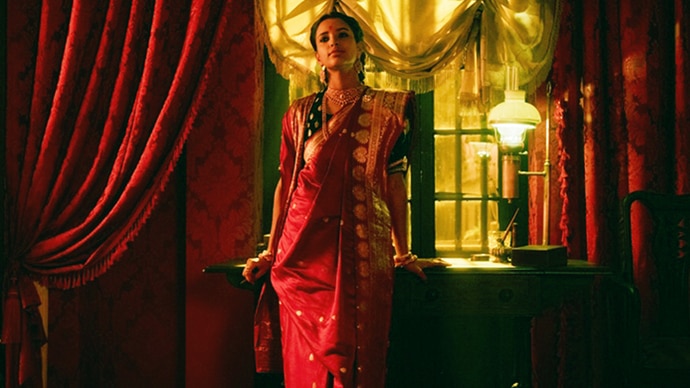 Dimri plays Bulbbul, a woman who is more emotionally connected to her brother-in-law (Tiwary) than her much elder zamindar husband (Bose). When her husband departs the mansion, the body count in the village rises. “Fairy tales are usually set in an unbelievable world or place that doesn’t exist,” said Dutt. “Period Bengal had an otherworldly fairy-tale quality to it; the aesthetics of the time, the literature.”

While the story is set in pre-Independence era, the issues that Dutt raises especially pertaining to a woman’s place in society and the hurdles she faces still feel pertinent. “Tragedy is that so many years have passed and the issues are the same,” says Dutt, “only the breaking point has changed.”