#BuntyAurBabli 2.0: Do we even need a 'Bunty Aur Babli' sequel in the good new times of Vijay Mallya and Nirav Modi?

Karma, along with several Indian banks, is looking for our real fraudsters. Can anything in reel life beat that?

Bunty and Babli were two small-time frauds who met by a stroke of luck such as that which often happens in Bollywood movies.

They identified each other’s passion and skill for fooling people and embarked on a start-up, much before StartUp India was launched. Selling the Taj Mahal was a cakewalk for them — but eventually, they were arrested and years later, they were brought to the mainstream.

a) We were naïve

c) Umm, the movie was not actually bad — the songs were actually good! 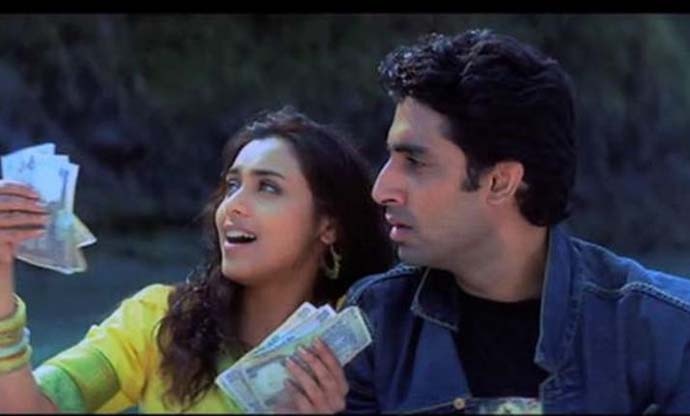 Still bubbling: Yes, they are petty thieves with lots of pizzazz. (Photo: Twitter)

But what will a sequel do after 14 years when we have seen Vijay Mallya, Nirav Modi and Mehul Choksi?

To sell the Taj Mahal off, we saw Babli (Rani Mukerji) posing as a ministry official in the movie. But in real life, Vijay Mallya was even closer to the highest power corridors.

Mallya had everything a Bollywood conman must have — power and pelf.

What he didn’t have was a scrupulous script which would bring him to book eventually.

In 2002, Mallya entered the Rajya Sabha as a Congress-backed Independent candidate.

In 2010 again, he entered the Upper House as an Independent with the backing of the JD(S) and the BJP.

If we say Mallya can give Bunty and Babli a run for their money, we are absolutely delusional.

Our Bunty and Babli can outdo yours, any day. (Photo: India Today)

That's because the duo is just petty cash in comparison with Mallya, who fled, sorry, left the country in 2016, allegedly doing Indian banks out of approximately Rs 9,000 crore.

About 17 banks — along with Karma are chasing him — while he tweets at his leisure.

Can Bunty Aur Babli 2.0 even beat this?

Next is Nirav Modi — a real heera. He is the one who reportedly tried to pass off lab-made sparklers as real diamonds. We have seen it all. (Photo: India Today)

He reportedly duped banks; the same banks which heckle you non-stop if your present signature doesn’t match the one you had 16 years ago.

Their modus operandi is simple.

They take one loan from one bank and then take another to pay that one off. They have various companies which exist only on paper. And they seamlessly operate in this mode. They don't have any passport or visa issues either.

Tell us, Bunty and Babli dobara, will you really be able to show us something that we haven't already seen?