No fellow actor has taken her side.

Telugu actor Sri Reddy’s semi-nude protest against the unacknowledged casting couch drew severe backlash from the film fraternity — a tell-tale sign of the rut in the regional industry.

On April 7, the actor staged a strip-protest in front of the office of the Movie Artistes Association (MAA) alleging that she was not getting a membership to the body because she has been quite vocal about industry's malpractices. Her protest was also against the poaching of talent from outside, overlooking local artists.

The actor partially bared her upper body in front of the cameras present there and was booked under Section 294 of the IPC (obscene acts in public place).

While the protest has catapulted Sri Reddy to the eye of the storm, this is not the first time the actor has come up with such allegations. For the past one month, she has been posting many screenshots on her social media accounts, revealing how she has been approached by many people from the industry.

The entertainment industry is not united in its stand against the casting couch. Many senior actors, directors and producers blame junior actors for falling prey to such “shortcuts”.

Sri Reddy has been honest in admitting that she had given in to the demands of producers and directors, but never offered a role. She went on to name a number of persons on social media, including director Shekar Kammula. Shekar has threatened to take legal action against Sri for defaming him on social media.

What she stands to lose now

A day after the protest, the actor claimed that she was asked to vacate her house.

Why this is a lone fight 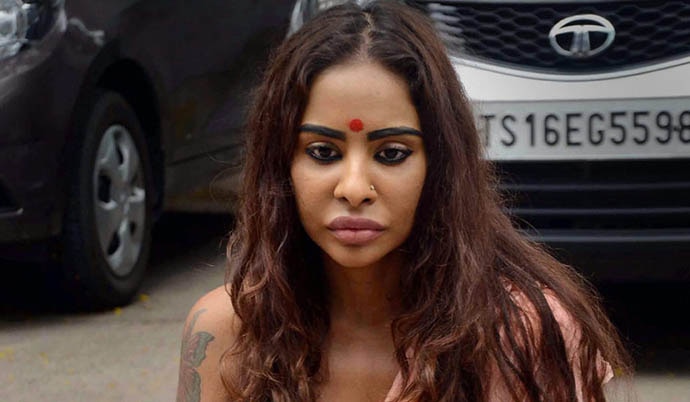 With only three films in her kitty, Sri Reddy is being termed an “aspiring actress”. People who are supporting her include a small section of her followers on social media. The rest have been shaming her and judging her character by the mode of protest.

“This is the only way I can get them to listen to me. I have had to strip myself nude in front of several people in the film industry who promised work. Yet, I got no roles. I have been shouting from rooftop about the injustice that has been meted out to me and to several other women in the film industry and yet, I have not got any response from MAA. So I decided to strip publicly," she said.

According to the members of the association, this is a “cheap trick” to gain popularity overnight. While they are free to voice their opinions, dismissing the presence of the casting couch is turning a blind eye to the malice.

One of Telugu film industry's top actors, Rakul Preet Singh, who acted in the recent Bollywood movie Aiyaary, has said that she never encountered such offers, which, many feel, is as good as denying that the casting couch exists.