The CBSE paper leak is a symptom of institutional failure at all levels. Instead piecemeal solutions are being tried such as private or non-state initiatives, technology, low-cost schools, remedial classes, CCTV cameras and other such experiments. So says Kiran Bhatty, senior fellow at the Centre for Policy Research (CPR), currently working on issues of institutional functioning in elementary education. Bhatty coordinates the PAGE (Public Accountability and Governance in Education) project at CPR, which is aimed at analysing systems of data management, accountability and other aspects of education governance.

Here she speaks to Kaveree Bamzai on the changes needed in the education system.

1) Is the paper leak the symptom or the cause of the disease in education?

Clearly a symptom - that of institutional failure. Unfortunately, very little, if any attention, is being paid to the fact that the crisis in education is at the institutional level. Instead piecemeal solutions are being tried such as private or non-state initiatives, technology, low-cost schools, remedial classes, CCTV cameras and other such experiments.

In fact, the low learning outcomes, the non-implementation of RTE and abysmal infrastructure, the lack of accountability throughout the system (not just teacher level), the poor classroom transactions, the high teacher vacancies, the extremely low capacities within the education department from the officials to the teachers are all aspects of institutional collapse that result in the so-called implementation failure that is cited as the crux of the problem.

Things that have failed are the structures, systems and processes of delivering education at all levels. Therefore, in order to address this each of the aspects of institutional design will have to be examined in minute detail and solutions found accordingly. Technology could play a role selectively but even for that the basic infrastructure for it would need to be installed and safeguards against its failure put into place. Similarly other capacity constraints will need to be addressed before outcomes in learning of any other outcome can be expected. It is not enough to repeat "implementation failure" as the disease and then treat it as a black box that no one wants to open.

In the case of the paper leak, the safeguards of such events were clearly not in place or at least not adequately. Even a simple fallback option of having multiple question papers in the "bank" seems to have been done away with. It is not clear why. The decision to use technology that was taken on Saturday, March 31, for implementation on Monday (reported by The Indian Express on Sunday), seems equally to ignore the capacities of the schools to carry out such operations. 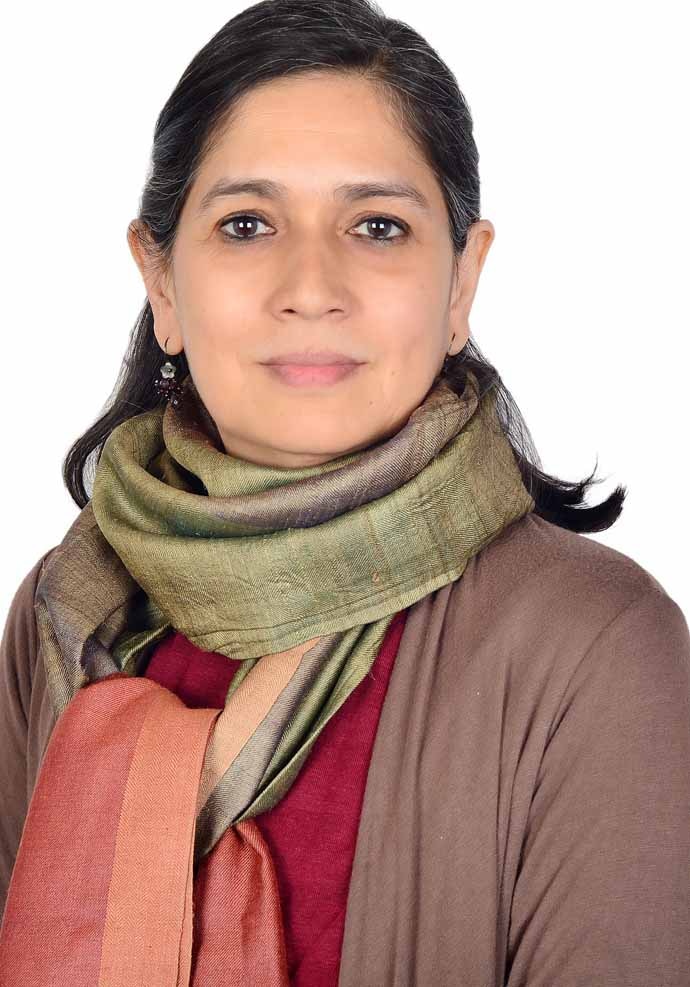 Kiran Bhatty, senior fellow at the Centre for Policy Research.

2) What do you think of the handling of the portfolio (by Smriti Irani and by Prakash Javadekar) and the institutions that are being sought to be changed from within?

Smriti Irani tried to bring a new education policy - much needed as we haven't had one for more than 30 years and much has changed in the interim. But it came to nought, despite a report submitted by the committee appointed. Other than that she aggressively pushed the agenda of science and technology at the cost of social sciences within the curriculum and skills at the cost of general basic education - both of which are questionable objectives or at least need far from public discussion than was allowed or has since taken place. The idea of education as largely science-led and skill-based needs to be thoroughly critiqued as it is highly lopsided at best. The move to do away with the no-detention policy and its concomitant CCE was also pushed in her term, though realised in her predecessor's. The arguments of scores of educationists from across the world were completely ignored in this area.

Javadekar did not do much to start with other than dismiss the TSR Subramanian Report and appoint a new committee, whose report is still to see the light of day. However, recently he has made some policy announcements - unfortunately all highly questionable, including Operation Digital Board. The amendments to the RTE Act have also been unfortunate. He seems to be pushing the privatisation agenda more aggressively than previous ministers and governments.

In general the MHRD, while is one of the largest ministries in the government does not seem to have a clear idea of how to tackle the problems in the sector which have grown by leaps and bounds over the decades of neglect of education by all governments. Knee-jerk reactions, which seem to be the order of the day in education policy far from improving the situation, make them worse. Solutions are constantly being sought externally - that is, through private interventions (which cannot absorb the entire demand), or through technology (which has limitations and pitfalls) or through short-term measures like remedial classes and untrained teachers. The changes in curriculum as mentioned above are equally arbitrary and so far disturbing too.

One gets the impression that the government has lost faith in its own capacity to deliver and is thus seeking alternatives from outside. Almost no thought is given to changes in the governance architecture that could bring long term sustainable changes in implementation.

3) Why was the TSR Subramanian report not implemented?

4) What do you think of the changes in CBSE syllabus that are being proposed?

Taking a decision to cut the syllabus by half is arbitrary at the least and can have severe long-term consequences at worst. It is not at all clear what the basis for such a decision was, especially the quantum of cuts.

Simply wanting to make more time for extra-curricular activities does not seem reason enough. Besides, where the cuts would be made would need a lot of thought and clarification, none of which seem to have taken place. The lack of transparency in the processes followed to take decisions of such far-reaching ramifications needs to be questioned. 5) What do you think of the role of CBSE and NCERT in school education?

CBSE is a board for affiliation of public and private schools under which it mandates a curriculum and conducts exams. As such it provides a system of regulation within the education system to maintain standards of learning and evaluation. Unfortunately, it does not monitor the delivery of education in any other way and is in fact independent of it. In that it has a fairly limited role. NCERT is the body that prescribes the curriculum framework and conducts trainings for teachers and others within the education system and is meant to function in concert with the SCERTs at the state level. They certainly have an important role to play, but as with other institutions within the education system these, especially the SCERTs need a great deal of capacity building to function effectively.

Education is a concurrent subject and there need not be any change in that. However, in accordance with the constitutional imperatives of right to education and the 73rd and 74th amendment, the roles and responsibilities as well as the requisite financial and decision-making powers need to be appropriately distributed. The problems arise, when on paper one system is to be put into place, but in practice none of the capacities for making that system function efficiently are created.

Greater resources need to be allocated to lower levels of governance with appropriate accountability and supervisory mechanisms in place to ensure that the delivery to the citizen (student) is achieved at that level. Devolution of power and resources in accordance with the decentralisation objective need not conflict with regulatory mechanisms that ensure accountability all the way to the top. There can be a centralised curriculum framework with state designed textbooks and syllabus details. Similarly, there could be other policy decisions that can be taken at the central level, that nevertheless allow for flexibility of local conditions to come into play. In other words one can decentralise while giving the Centre an appropriate role.

7) Any top three solutions you have to fix the education system in India? Schools and higher education?

At both the school and higher education level, what we are seeing unravel is the collapse of institutions. Therefore my top one, two and three solutions are all related to fixing the design of institutions involved in the delivery of education at both levels. There would be differences in approach for the school system and for the higher education system but in essence both require institutional reform. Capacity building of the personnel and the systems is key to these reforms.