The ugly truth about celebrity entourage

We have all heard of famous people in the field of art, cinema, literature, politics, and every other area of mass consumption. They live in the clouds, away from us plebeians. We worship them from afar and we desperately love the larger than life personalities, in awe of their success and appeal and amazed at their power. Undoubtedly, they would be crowded and jostled if they stepped among us normal people and they don't.

Yet, they have their jobs - at book launches or film premieres, at talks and exhibition inaugurations, fashion shows or society galas. A large part of the media has always had an opportunity to interview renowned personalities and they get to see the bright side. But often they too have had to wait for hours for the person of the moment to make an appearance because someone in their entourage insisted that being late is key to being a celebrity.

From there come horror stories of behaviours which belie reality. So and so spent a fortune on free room service scotch. Another wanted a comparable presidential suit for his mom-in-law. What, where was the latest Mercedes? The pool arena must be shut off to other guests for three hours each day. That they will spend only 10 minutes after the opening and no one should come near. Demands which make one wonder why they chose a public life in the first place: Artists who must be left alone and writers who will not sign books. Designers, who only eat a particular fruit, which doesn't even grow in India. Models who demanded fresh lobster flown in, (first I heard of size zero women eating anything) and Moet on the tap…

Love them as they do, people like us who work our backs off feel turned off by celebrity tantrums. Does fame and money make them so insecure that the only way to reassert their superior status, is to resort to unrealistic whims and fancies? Well, we all got it wrong! Blame it on the entourage.

The really successful person is a humble one. They know their fans matter, the legions who pay real money to buy that dress, go to the cinema, pick up a book, gape at the priceless paintings and listen to words of wisdoms. But they come with their staff, who are like doorkeepers (essentially chowkidars) who make it a mission to make lives difficult for the rest because in that moment they wield that singular power of access. The entourage of famous personalities uses its proximity to establish an impenetrable wall where the door is firmly locked and only they have the key. In that moment, they are bigger than the star. They create this barrier between celebrity and the real world, exercising their position simply because they can. In there lies the root of their own insecurity. The assistant, publicist, secretary, office manager know that they are utterly dispensable. They try to be important by association.

I can win a bet with anybody that the first person upon checking into a swanky hotel suite is the lowly assistant who feels that the place is all wrong. The hotels fall over to appease this person, who is "oh so close" to the megastar. Chances of a bowl of fruit, Belgian chocolates and champagne being sent over urgently are instantaneous. Actually, personages of such distinction are usually the apple and muesli eating people who just wish to be left alone if they are not working.

Mostly, they don't even know of the muscle being exercised in their name. There was this Ms World who was ring-fenced like the Jacob Diamond. When my boss and I, who had only heard of her legendary beauty, decided to see for ourselves, we just knocked on the door and she opened it herself with a starry smile. She just laughed at our audacity and happily posed for pictures. When we offered to send her anything she wanted, she just smiled and said, I am good with water. And there we were sending off cartons of French sparkling water. Who was drinking it all? 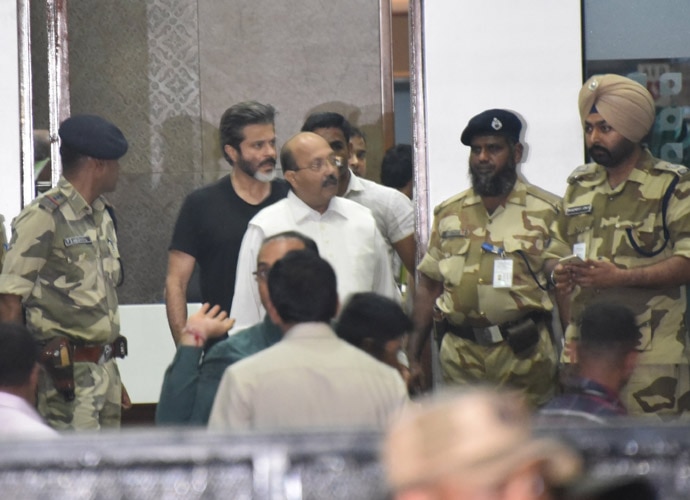 At another time, a Nobel laureate came to India to talk about his literary journey. There was great jostling around him, but the man, renowned for his acerbic writing, walked around as if he was the only one in that corridor. His new wife, however, reminded us all the time to use her title, which she got by default on marriage and zero ability. He in contrast was busy accepting an impromptu dinner invite. But the wife's pursed lips made it clear that it didn't meet her "standards". It was almost as if the lady was the bigger celebrity and needed to assert it by setting a boundary wall on who could talk to her husband and dismissing everyone in sight. The fact, that he could use the socialite crowd to pen another one of his sharp essays probably didn't even occur to her.

The best story comes from a world renowned sculptor. He had circles formed by people around him, like those Soviet dictators and I often wondered if his protectors used dummies for his public engagements.

Apparently, he disliked everything, hated the press, couldn't be caught dead at a photo shoot and wouldn't let a soul enter his studio.

Eventually, when we came into handshaking distance with him, all I could see was the child-like glee he displayed about his craft. He was full of merriment as he took everyone around his expansive studios and explained that he honestly didn't know what shape his work would end in, thus questioning himself. He was game for it all, even a few jokes thrown in. He then took us for tea while the office manager wasn't to be seen around. I learnt then that the entourage's pretentious ways are evident only when the real star is not around.

How does one get any work done when the entourage insist on jaw-clenching irritations? Call their bluff and do your homework. I took an entire production company to the UK and leading journalists when we had been given just 30 minutes by the minion.

When the celebrity saw the calibre of the people at his doorstep, the visit extended to half a day. The one lesson to learn is that uber successful people do not like to waste their time. Ensure that the cooperation you are demanding adds value.

As for the rest of the useless demands, I once made sure that one 20-year-old diva like assistant paid the entire bill of Malaysian fruits and South American cherries that she demanded for her designer boss. For another who booked a 20-person meal at a top notch Indian restaurant in Delhi, I got the bill presented to the gluttonous manager who had mopped up most of the curries. About that fresh lobster? I just forgot or pretended to.

I had read that the person who had supposedly ordered it was allergic to sea food. The assistant didn't have the courage to ask again. So there… the entourage is just that. To be handled. Hanging on to the lapels of their famous masters to feel important. It works for the uninformed. And product sponsors who are prime targets of entitled behaviour. Money alone talks, not talent.