DailyOh! How India lost its last cheetah to why Big B carried Waheeda Rehman’s sandals

It’s Monday and we are back. We know the weekend just flew by. That’s the thing about weekends. They come and go before some of us are even halfway down our to-do list. Most of us actually never get down to even making a to-do list. Weekends are, after all, about eating and sleeping and repeating the eating and sleeping several times over.

In defying the day’s agenda, we are only being like our parliamentarians.

In Parliament, there are agendas set for the day and then everything about the day is lost in shouting and chanting slogans, none of them as innovative or creative as those being raised at Shaheen Bagh, but slogans nevertheless. Take today for example, when minister of state for finance and corporate affairs, Anurag Thakur, got up to speak, his fellow MPs shouted, “Goli marna band karo.”

Now, we all know that Thakur had a few days ago egged on people to complete the slogan “Desh ke gaddaron ko...”, and the crowds chanted back, “goli maaro s**lon ko”.

And while the shouting match was going on in Parliament, we were reminded how it was a ‘goli’ that killed the last of India’s cheetahs. In 1952, cheetahs were declared extinct from the subcontinent. (Photo: Reuters)

You know, there was a time when India had a huge population of cheetahs. Not as huge a population as us humans, but still huge. Let us give you a sense of how huge.

It is said that emperor Akbar had over 1,000 cheetahs as his pets. The cheetahs would accompany Akbar on his hunting expeditions. But why would someone go on hunting sprees with so many animals already in their possession? Now, kings and queens had time, money and power. Together, the three make for a cocktail that can set one to chase his own tail. So, Akbar went chasing other animals with these 1,000 animals.

It is believed that a maharaja killed the last three cheetahs India had in the region that is now known as Chhattisgarh. The maharaja shot them down. In 1952, cheetahs were declared extinct from the subcontinent.

But ‘goli’ is not the only reason we are mentioning the cheetah to you. We brought up the issue because India may very soon get cheetahs from Africa. The Supreme Court has given its approval to introduce African cheetahs to a suitable place in India. As an experiment, as of now.

You might have already heard that cheetah is the fastest land animal.

Do you know at what speed it can move? 109.4 km/h. So, if you get to ride a cheetah from Delhi, you could reach Shimla in just over three hours.

Don’t do that. Even Akbar is not reported to have done it. Neither to Shimla, nor elsewhere. We were only trying to explain how fast a cheetah moves.

And while we were marvelling over the speed at which the animal moves, we began wondering what does cheetah actually mean. Cheetah is our Word Of The Day.

Of course, we remember the cheetah more for its speed than the spots. And talking of speed, did you hear of the divorce between actor Pamela Anderson and film producer Jon Peters? Their marriage lasted just 12 days. And guess what, there is a Hollywood couple that left Pamela and Jon behind by days.

The shortest Hollywood marriage on record was that between actor Rudolph Valentino and actress Jean Acker. So, the two got married in 1919. Now, right after the ceremony got over, Acker began to regret her decision. She locked Valentino out of their honeymoon suite. 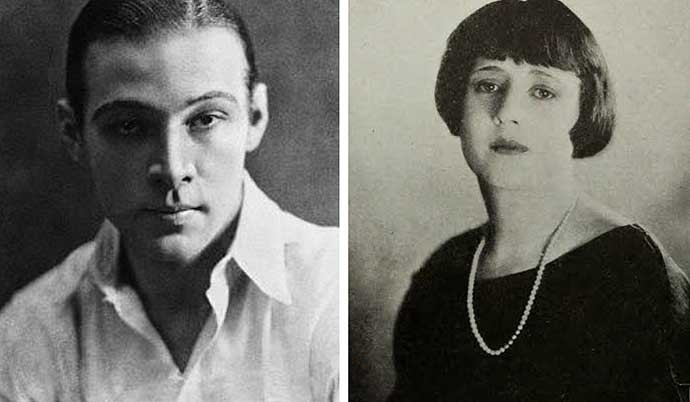 Now, the story goes that Valentino knocked on the door for 20 minutes and then gave up. Would you believe it, he went home when Acker didn’t open the door? Their marriage was never consummated because Valentino could not get past the bedroom door. No, no, don’t laugh. Whether it was 20 minutes or 12 days, we are sure it was heart-breaking for the parties involved.

Have you heard of this instance when Amitabh Bachchan lifted Waheeda Rehman’s sandals? Let us tell you all about it.

The incident happened during the shoot of the 1971 movie Reshma Aur Shera. During a sequence, Waheeda and Sunil Dutt were shooting barefoot in the desert. Now, the temperature was so high that it was difficult for people to stand even with their footwear on, and here were two people going barefoot. Now, Big B was a huge fan of the actress and couldn’t bear to see her suffer. So, as soon as the director announced a break, Amitabh picked up Waheeda ji’s sandals and ran towards her.

And that’s not all. In one of the scenes from the movie, Waheeda was supposed to slap Amitabh. Before the shot, Waheeda warned Amitabh that she was going to hit hard. And she did. Are you imagining what Amitabh said?

Now, that is some respect, we say.

Do you know what Waheeda Rehman is doing these days, by the way? The screen goddess, who is known for those backlit shots in her films, is now behind the camera. She spends time on wildlife safaris around the world, with wildlife photographer Himanshuu Chandrakant Sheth. Rehman took up wildlife photography some years ago, and now has to her credit some gorgeous wildlife shots, from a giraffe in Masai Mara to a pair of cheetahs in Tanzania... yes, the same cheetahs who form our Word Of The Day today. Here's more on why Waheeda Rehman took up a life behind the camera after spending so many years in front of it. And if it is your birthday as well, we wish the same to you.

Leaving you with that for today.