the present roster is just a half-hearted attempt

At the heart of the judicial crisis and the unprecedented conference of the top four judges of the Supreme Court was the alleged arbitrary allocation of cases. This directly concerns the administration of the Supreme Court and hence is a crucial component in the delivery of justice. The four judges in their letter wrote that sensitive matters were being assigned to a “preferred bench” and the allotment of the PIL concerning Judge Loya’s death was the trigger.

Facing the wrath, the Chief Justice of India, Dipak Misra, came out with a roster which assigns cases to specific benches as per their nature. The CJI who is arguably the “master of the roster” has assigned himself the sole discretion to hear the public interest litigations and letter petitions. This is a departure from the past as all the courts were entitled to hear the public interest litigations.

After the recent controversy, the Supreme Court Bar Association had made a recommendation to the CJI office that only top five judges, including the CJI, shall hear the public interest litigations. Now, no other courts can hear the PILs, which remain politically very sensitive in the Supreme Court. 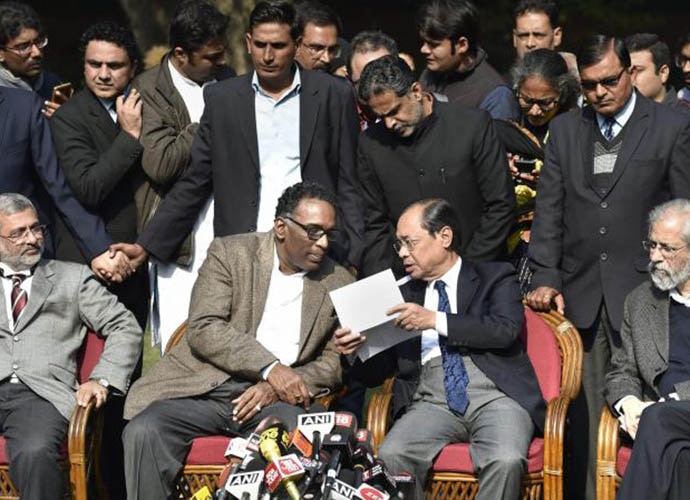 It is debatable whether the roster would help easing the troubles within the judiciary. Despite several meetings, the deadlock continues. The four “dissenting judges” have refused to be part of any informal dialogue and want an objective resolution of the issues. It seems unlikely that the roster issued on February 1 solves any problem; rather it could further aggravate the situation.

The murmurs have already started that the roster is just an assertion of the authority of the CJI and it fails to democratise the way in which cases are allotted.  When ugly scenes broke out in Supreme Court and Prashant Bhushan openly accused CJI of involvement in the MCI scam, the CJI had passed an order asserting his power to allocate the cases.

The fact that the other top four judges have not been given the authority to the PILs is also indicative of the lack of faith and trust within the judiciary.

The crisis was symptomatic of deep schisms within the top judges and required a full-blown attempt to bring reforms in the way Supreme Court is administered. There continues to be a dire need for the CJI office to take the initiative and to bridge the trust deficit.

However, the new roster institutionalises the deep troubles brewing within the judiciary instead of removing them.

It is indeed true that CJI is the “master of the roster” but this principle also has to be read with the proposition that he is the “first among the equals”. The office of the CJI has the role authority to run the administration of the Supreme Court, but this power has to be exercised within the domain of “rule of law”, which means in a fair, objective and reasonable manner.

If one understands the present judicial crisis as a call for institutional reform, then the present roster is just a half-hearted attempt, which may further aggravate the situation.

What happens once the CJI changes? On what basis are the cases allocated to particular benches? With the CJI exercising the sole power to hear the PILs and no method in place as to how constitution benches are formed in the Supreme Court - is this not a violation of the principle of CJI being the “first among the equals”? 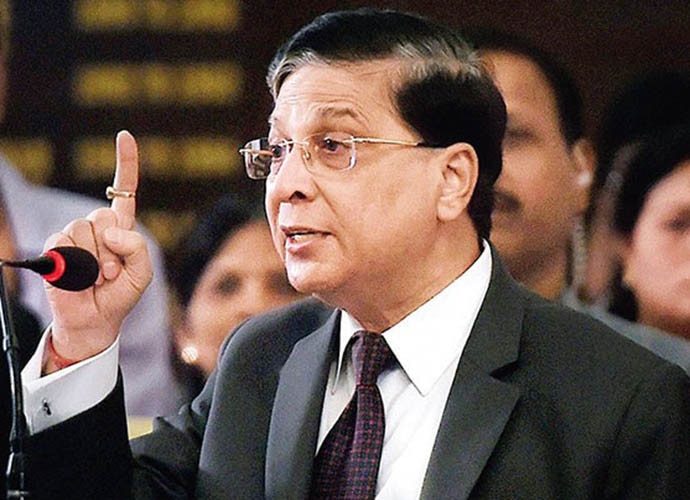 I wondered once as to why the courts in the Supreme Court are not in a queue or why is the entire structure in circle. Or, why is Court No 10 near Court No 6, or two consecutively numbered courts situated very far from each other?

A senior lawyer explained that this is to “establish architecturally that all courts are equal”. What happens to the proposition of equality with the present structure of the roster?

Like any constitutional position, the office of the CJI enjoys enormous faith and respect. This respect is not only bestowed upon by the Constitution, but the top court has earned it by being the guardian of the rule of law and upholding Constitution above petty politics in times of crisis.