It's indeed ironic that a motion to impeach chief justice of India, Dipak Misra, now rejected by vice-president, Venkaiah Naidu, wants to find a new life with the intervention of the top court itself. Perhaps that's what democracy is all about and institutions exist to protect due processes. 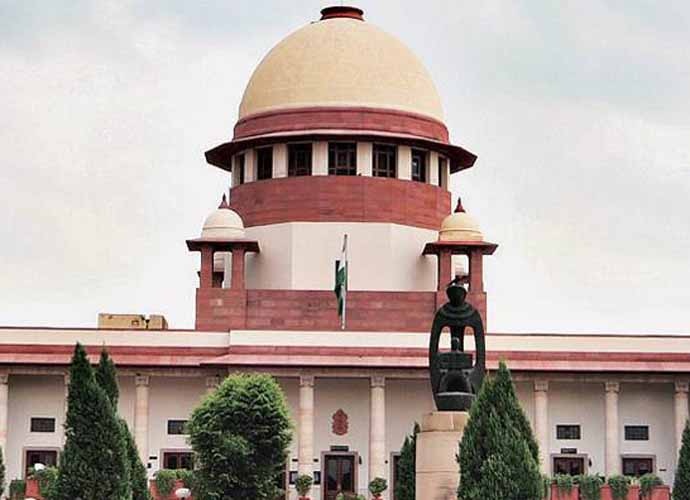 In an unprecedented situation, Naidu's refusal to admit the impeachment call shall be challenged in the Supreme Court. India has not faced this occasion earlier in its constitutional legal history. What can be the scope of this petition? Which bench and what coram shall hear this case, are all questions that point to a constitutionally precarious situation that the Supreme Court shall have to deal with.

Let's first assess as to why this situation is so exceptional in nature. The CJI holds the exclusive domain over all administrative powers. He has recently passed several orders re-asserting CJI as the "master of roster", which refers to the privilege of the CJI to constitute benches to hear cases. Now since he is a directly a party in this case, we don't know who will exercise the administrative power to take a call on how this matter will be heard and by what number of judges.

Legal stalwarts across the board are of the view that the CJI's office cannot have anything to do with the plea, neither on the administrative nor on the judicial side. So there is no specific answer to who shall exercise the administrative powers.

The second key point is that after the CJI, the top four judges are also unlikely to hear the case post the January 12 press conference. The reason being that those top four judges have expressed their opinion on the CJI's style of functioning hence they cannot hear a matter which deals with the adjudication of these questions. There are strong grounds for recusal. With the top five judges unlikely to hear this petition, former attorney general Mukul Rohatgi has said that the matter should be heard by a bench led by the sixth judge - justice Arjan Kumar Sikri. But there is no decisive answer to the questions raised above: How will this plea be dealt on the judicial or administrative side?

Scope of the petition and case

Let us now assess the possible scope of this petition. The Congress in its press conference refused to spill out further details on their specific prayers, neither did Kapil Sibal answer any questions about the administrative process that they shall demand while this petition is handled by the Supreme Court. Both the judicial and administrative demands shall be the key aspects of this case.

The administrative aspects have been highlighted above. Let's focus on the scope of the prayer. At the outset, let me clarify that the Supreme Court cannot direct that the impeachment motion be taken up by the Rajya Sabha.

It's questionable whether there can be a direction to overturn the decision of the vice-president and the matter be referred to a committee of three members.

Here is what Supreme Court may do. The top court can clarify on the procedure under the Judges Enquiry Act, 1968 read with Article 124. The top court can also lay down the ambit of the powers of the vice-president as the chairman of Rajya Sabha. The entire debate is on whether the exercise of power by Rajya Sabha chairman has been within the limits of the Constitution. The court can clarify whether there is a power to outrightly reject the motion or the chairman is bound after 50 signatures come in, as the Congress claims. These may give us indirect answers on the fate of the decision of the vice-president. Challenges for the top court

The apex court is not just faced with constitutional questions but also a crisis of faith. At a time when the court is under the scanner for the sort of internal mechanisms it has, to be faced with a situation where the Constitution provides no explicit procedure is a tough test even for the top court. The top court needs to assert itself as an institution at this point with strong ethos of democracy and transparency.

The entire Supreme Court despite its divisions will have to stand together to this test and ensure that there is a robust answer to this constitutionally difficult situation. The court cannot afford to be conservative in its approach.

It must be emphasised that we are living through judicial history. For the top court it may perhaps not be the "Kesavnanda Bharti" moment, which is remembered for the apex court's insistence that basic structure of the Constitution cannot be changed. But the Supreme Court wouldn't want this chapter to be remembered as "ADM Jabalpur", which is remembered as a case when the top court did not stand up for basic liberties of Indian citizens.

Also read: CJI impeachment or not, faith in judiciary is already broken