Go on, eat crow. How we are sacrificing everything non-human at the altar of commercial greed

Wherever you look these days, there’s something that seems to have gone amiss.

A favourite tree that one may have swung on in the childhood years; fragrant bushes that we, as children, hid into during the unending games of “I Spy” — or “I Spice” as we all seemed to have incorrectly called it — a species of bird that we chased after on sunny afternoons; a tough amphibian that we, callously, turned into a ball and hit with a makeshift bat; colourful butterflies that, after being inspired by Enid Blyton books, we tried to net as they merrily twitted about our rose garden; the holiday spots that we returned to as favourite corners tucked in our memories which have now disappeared, hammered out into oblivion under the weight of new construction.

There are many fond memories and cherished experiences that have been wiped out by the sleight of the human hand. We have literally taken an eraser and wiped the last of the traces of these experiences and then for extra measure taken a shovel to dig a hole into which these have been heartlessly buried.

The rambling here is meant to serve as an urge or an internal push, if you please, to stop us from doing any more harm than that has already been done by our greed and selfish desires — so, go on, eat crow! 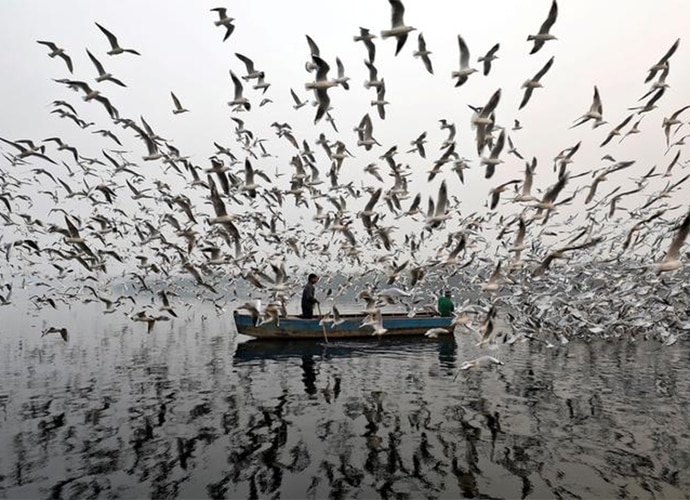 The birds, the butterflies, the thickets — all gone. (Photo: Reuters)

As a little girl staying with my parents in Kanpur, I was brought up in a typical Punjabi cosmopolitan family, thanks to my father's career in the Armed Services. As an Officer and a Gentleman, he was posted to various Indian cities, pieces of which we seemed to have imbibed in our lifestyles.

So, after a four-year stint in Calcutta, my mother began to devour every part of the fish — eyes, fins, tail et al like a true blue Bengali. My dad spent a sizeable time in the heavily British-influenced Ambala Cantonment as a bachelor with an Anglo-Indian caretaker and Khansama taking care of his personal needs. The Khansama spoilt my father like hell and presented a veritable feast on his supper table night after night. So much so that my father had refined culinary tastes that my mother had to live up to and present, in her capacity, the best of mughlai, Indian and continental cuisine to him without fail. Thankfully, because mum was an avid cook, this remained a happy demand on her and did not turn into an ugly domestic battle between the two sexes.

But let’s get back to my days in Kanpur, the heart or at least the lung of Uttar Pradesh (UP), if you really must argue that Lucknow (Kanpur's neighbouring and legendary city) was the real heart. Like I said, we soaked in the diversity, the culture, habits of the locals and took away some in order to internalise them as our own.

In Kanpur, we would visit the weekly vegetable haats (weekly farmer’s markets) and would buy the fresh produce, meats and fish and ate a stomach full of our favourite chaat — Aloo tikkis, gol gappas, papri chaat dished out from the chaat-wala's busy cart in the most unhygienic fashion. We also sat on Tongas and Ikkas, celebrated Goburdhun Puja in our large courtyard and enjoyed pre-Diwali festivities with our dolls in a mud house built by mom in the yard.

The other very-UP thing we did was getting attuned to the crow's cry as he sat on our parapet announcing the arrival of a house guest. And if our comb fell to the ground after getting entangled in our tresses, we were bloody sure that the crow was a harbinger for the guest, who actually turned up on our doorstep the same day or the next.

And this brings me to the moot point of my discourse. These days, I keep waiting for the crow to sit on my courtyard wall, to either steal some grains or cry hoarse about an impending visit of some distant relative. But the crow and his gang seem to be busy elsewhere. Mind you, I stay in a very green colony — my house is surrounded by parks and overlooking a thicket of trees. But the sight of the crow eludes me. I don't think it is just me. I am sure you have noticed it too. 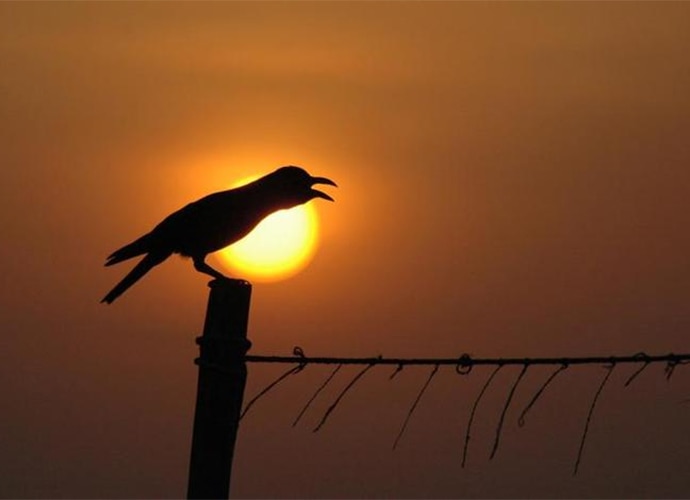 I keep waiting for the crow to sit on my courtyard wall, to either steal some grains or cry hoarse about an impending visit of some distant relative. (Photo: Reuters)

And then there are the mynas. All through the school and college years, we used to go, “one for sorrow, two for joy, three for letter, and four for a boy!”

Now, either we replace it with another bird or dump the routine entirely as the mynas are not easily spotted.

It’s monsoon time, and anybody who comes from hill stations or valley stations, like me, would say that we are or were used to spending our rainy seasons with frogs and toads. They stealthily trundled into our house, hiding in corners or behind cupboards or under the beds, croaking at odd hours and stubbornly resisting all our efforts to oust them. Cut to today, forget Delhi, even in Dehradun, my hometown where I cohabitated willy-nilly with these amphibians, I must admit that I miss them. Mynas — one for sorrow, two for joy, three for letter, and four for a boy! (Photo: Reuters)

In my mother's home in Doon, I remember throwing grains out to the house sparrows — those lovely brown birds with their streaked backs. They would perch themselves on myriad trees in my mother's orchard-like backyard and would dive to the pucca area where we would strew grains. Until a couple of years back, I found these friendly birds enjoying sunshine, even in the urban courtyard of my Delhi home. Alas, I haven't spotted them either this season or the one before or even the one, a year earlier.

These are just some of the personal examples. An internet search offers a report that featured in The Guardian and states; I quote, "Climate change over the next 50 years is expected to drive a quarter of land animals and plants into extinction, according to the first comprehensive study into the effect of higher temperatures on the natural world."

Another search throws up a mind-boggling list of endangered species — tigers, walruses, polar bears, some kind of fish, African penguins, butterflies, musk deer, rhinos and a host of flora such as the prized orchids.

Another report talks about the horrific disappearance of glaciers and rivers, land mass and mountain ranges and forests.

Is the man eating not only the crow (pun intended) but also everything else? Is the great human gluttony devouring everything in sight? Is everything non-human being sacrificed at the altar of commercial greed; executed by the hands of utterly selfish short-sightedness?

Perhaps, until such time when Nostradamus' prophecies ring true and this Kalyug (the fourth age, wrought with unimaginable levels of violence and falsehood, which according to Hindu mythology, which started with the demise of Lord Krishna) comes to an end.

So who remains, when the big scales tips? Just man and cockroach; or only the latter?