DailyOh! Virat and Anushka lose Bruno, to why Elon Musk named his son X Æ A-12

Had Hachiko not been an Akita dog, we may have never known that it waited nine years, nine months and 15 days for the return of his master.

Coronavirus cases in India have crossed the 50,000 mark. Everyone said summer was going to bring an end to the virus, but a look at the numbers gives us one more reason to not trust everyone. The numbers suddenly started rising May 1 onwards. We can’t blame lockdown relaxations for this because relaxations kicked in only May 4 onwards. So who to blame for this spike? The virus. You can blame China too, but blaming won’t help much for now. Wearing a mask would. That is, if you really have to step out. Else staying home is the best remedy, which has everyone’s vote. On this, you can trust everyone.

On everything else, trust the scientists. Scientists, of late, have not had all good news to share with us. In fact, yesterday, they shared some very bad news. Scientists at Los Alamos National Laboratory have identified a new strain of the coronavirus, which they say, is more contagious than the original strain. Not only does the strain spread faster, it can also make people sick after a full recovery from Covid-19. 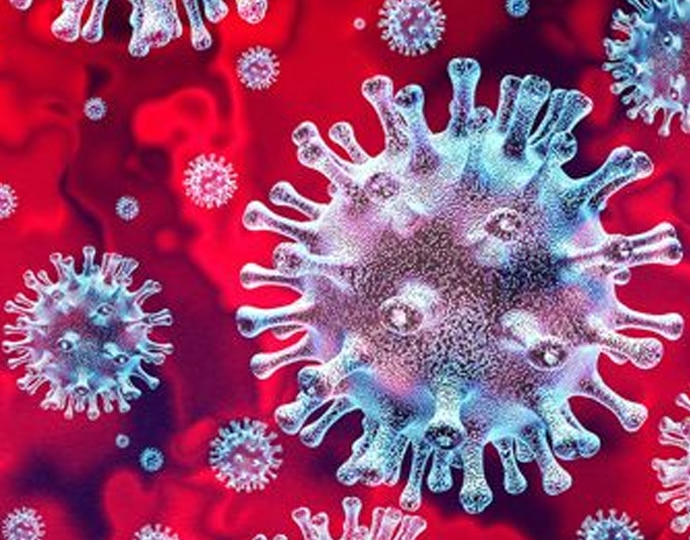 The coronavirus mutant is reportedly more dangeroush than the original strain. (Photo: Reuters)

If you thought that’s all, we have got more. Actually, the scientists have got more. This discovery can severely impact the work on the vaccine. So far, scientists thought that the virus is stable and not likely to mutate. This would have meant give people vaccine once, and they get the surety of not dying, or getting sick, of coronavirus again. But if the virus can mutate, and has already mutated, as the Los Alamos study claims, the situation gets complicated.

Mutant, our Word Of The Day, is actually a Latin word which means ‘changing’. Look at this virus. It has made our lives monotonous even as it goes hopping across continents and countries. We may not know when the morning changes to night, when March changed to April, and April to May, but this virus is changing.

The mutation that the Los Alamos study talks about is seen in the infamous spikes on the exterior of the coronavirus, which allow it to enter human respiratory cells. Mutation is basically a change in the genetic structure of a virus, human or animal. The changes are manifested in the next generation. So we can safely say, if the scientists at Los Alamos are right, we hope they aren’t, we are already dealing with the next generation of the coronavirus even before we could figure out how to deal with the first one.

World over, 258,372 people have died of the coronavirus. In India, over 1,600 have succumbed. Talking of death, in a non-corona demise, Virat Kohli and Anushka Sharma lost their dog Bruno. As is customary of current customs, the celebrity couple paid tributes to Bruna on Insta and Twitter.

Rest in peace my Bruno. Graced our lives with love for 11 years but made a connection of a lifetime. Gone to a better place today. God bless his soul with peace ????❤️ pic.twitter.com/R1XSF3ES5o

We hope the couple finds the strength to deal with the loss. You know people can distract themselves with this or that. Maybe get a new pet. Dogs, however, maybe good at a hundred things, but not when it comes to dealing with loss. Remember Hachiko? The dog was a Scorpion. We mean his sun sign was. He was born on November 10, 1923, in Japan’s Odate city.

A professor named Hidesaburō Ueno took Hachiko as a pet in 1924. Less than a year old, Hachiko developed a deep bond with the professor. Now, Ueno used to teach at University of Tokyo and travelled by train every day. Upon his return in the evening, Ueno would find Hachiko waiting for him at the station daily. This went on for more than a year. In 1925, Ueno suffered a fatal cerebral hemorrhage and did not return, but Hachiko kept waiting. Not for a day, not for week, not for a year, but for the next nine years, nine months and 15 days – till he died.

You might know of this story if you have seen the movie Hachi: A Dog's Tale (2009). But this story would have remained untold if not for Hirokichi Saito, one of Ueno’s students. And here begins the story seldom told. Hirokichi was interested in the Akita dog breed, to which Hachiko belonged. So, Hirokichi tracked Hachiko one evening back to the Ueno house, where he met the professor’s gardener. Hirokichi took Hachiko’s story to the press and that’s how everyone learned of him. But this happened in 1932. From 1925 to 1932, no one knew that Hachiko had been waiting at the station for the return of his master.

And return reminds us that migrant workers are returning home with many trains now ferrying them. Telangana Chief Minister K Chandrasekhar Rao said trains from Telangana that are taking migrants to Bihar are also getting migrants from Bihar back to Telangana. Wondering why? Because migrants from Bihar work in the rice mills of Telangana. The cities may have shunned them, but the villages are no better at embracing them. There is no money to be made in villages for many. The only choice is to return. At least there is a semblance of choice.

People from Bihar work in our rice mills. Those 20,000-22,000 people want to come back from Bihar. The train which is going to Bihar will bring back here, the rice mill workers from there. We are bringing back 1200 such people tomorrow in this manner: Telangana CM (05.05) https://t.co/UQ5STVv96k

In BS Yediyurappa’s Karnataka, there is no choice. The government is not letting workers return. The BJP leader has asked migrant workers to avoid ‘unnecessary travel’ because construction activity in the state needs to restart.

And that is no request. The government has cancelled trains that were meant to take migrant labourers back home. BS Yediyurappa is our Covidiot Of The Day for more reasons than one. One, going home is not unnecessary travel. Second, the age of slavery ended long ago even if Yediyurappa failed to take note. Starting economic activity, we mean restarting economic activity, is important and that is the reason why states should have treated their migrant workers better, even if they didn’t know that all humans need to be treated well.

Yediyurappa, on his part, must know he will need human support for not just restarting economic activity, but also winning elections. Let people go home if they want to. And if you really want to stop them, show them you value them, instead of showing you can stop them.

Yediyurappa may one day get the point, but we are eons away from understanding why tech billionaire Elon Musk and musician Grimes named their child ‘X Æ A-12’.

As people were trying to wrap their head around the gibberish-sounding name, Grimes offered help with her tweet. Only, it further complicated matters.

When you try to confuse others, chances are you might end up confusing yourself too.

Grimes's explanation, which explained nothing, was followed by Elon Musk's explanation which pointed to an error in Grimes's explanation. Grimes sought forgiveness for the 'typo'.  If this really is the child's name, we hope on his part, he forgives both Grimes and Elon for the name.

I am recovering from surgery and barely alive so may my typos b forgiven but, damnit. That was meant to be profound ????

Most people want to believe this is some kind of a code for the baby’s real name.

We bet humans would set foot on Mars before someone can decipher that name, unless of course, the couple solves the equation for us.

Whichever way it goes, we wish the child a happy, healthy life; one that doesn’t see (more) pandemics.

On that note, it’s a bye for today.

Also read: DailyOh! On Midwives Day, the story of Panna Dai, who sacrificed her son to save Udai Singh Mewar