DailyOh! When can you finally drop the mask, to the story of kumbh in Kumbh Mela

If you are a healthy individual with no comorbities, you may have to put on the mask till 2022.

Gujarat is the worst after Delhi, but worse may happen in December, believes the Supreme Court. It has thus asked governments of Delhi, Maharashtra, Gujarat and Assam about how they plan to prevent the worst from happening. Meanwhile, the situation in states like Himachal Pradesh, Haryana, Punjab and Rajasthan too is moving from bad to worse with these states reporting more cases now than they reported earlier. 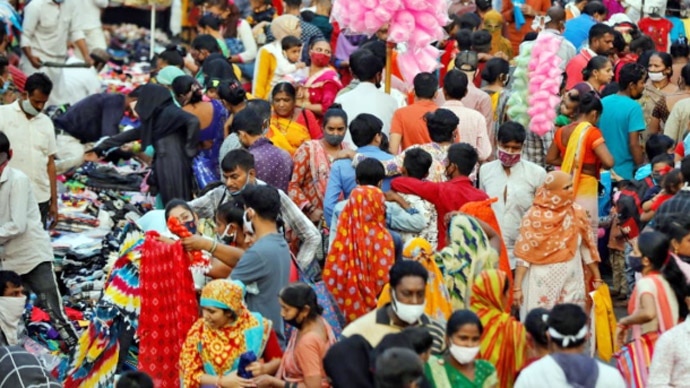 People have been turning out in markets without a care for social distancing norms. (Photo: PTI)

We know more about the virus today than we knew in March. So how is the virus still managing to get to so many of us? The answer could lie in our varying energy levels. Many will tell you they are just tired sitting at home or always wearing the mask. There is so much more to life, they say. Coronavirus so far has shown no sign of fatigue. It is busily body-hopping because that is all it knows there exists to life.

By September 2021, however, 25,00,00,000-30,00,00,000 people in India may be able to ask coronavirus to bugger off, loaded with antibodies that won’t come from infections but vaccination. Union Health Minister Harsh Vardhan said India will get a vaccine in the first three months of 2021.

Who will get it first? Health workers. Then will come frontline workers such as the police, paramilitary, those involved in sanitisation and those above 65 years of age. The second round will include people above 50 years and those with comorbidities.

“Aapka number kab aayega?” The guess is before 2022 wraps up, sabka number aa jayega. Maybe you stop wearing the mask then.

Before corona and the masks are gone, in 2021 January, Kumbh Mela will be held “in its divine form”, said Uttarakhand Chief Minister Trivendra Singh Rawat. The Kumbh will kick off on January 14 in Haridwar. Despite the pandemic, 35,00,000 to 50,00,000 people are expected to take the holy dip in Ganga daily during the Kumbh. No source needs to confirm that the announcement on the Kumbh Mela will thus bring greater cheer for the coronavirus than it will for the devotees.

Ever wondered why Kumbh Mela is called that? Mela, you know, Dilon Kaa Aata Hai, Ik Baar Aake Chala Jaata Hai. Whatever that song and the 2000 disaster of a movie meant (Twinkle Khanna will agree), it is Kumbh that we are interested in.

And now to Kumbh, the Word Of The Day. Kumbh is a Hindi word which means a pitcher or pot. Legend has it that there once existed a pot that contained the nectar of immorality. It was produced as a joint venture between Devtas and Rakshasas. The JV was based on the condition that the nectar would be divided equally between the two parties. The two sides assembled on the shore of the milk ocean that lies in the celestial region of the cosmos for the task. The churning of the ocean produced a poison which Lord Shiva drank to save the world from drinking it and hence got that name: Neelkanth.

The Devtas then realised that if the demons get the nectar, they would destroy the world. They thus left with the pot, the battle for which continued for 12 days, which translates into 12 years for humans. That is why Maha Kumbh happens every 12 years. The four places - Prayagraj, Haridwar, Ujjain, and Nashik - where drops of the nectar fell, is where the mela is organised on rotation. In January 2021, it's Haridwar's turn.

Since we are talking about matters divine, we want to tell you that Bhumi Pednekar’s divinity mixed horror thriller Durgavati has been renamed Durgamati and will release on December 11.

What prompted the name change is not known.

Can the movie be released, seen and reviewed without calls for boycotting the movie, its stars or the platform on which it is releasing? Our guess is as good as yours.

The Madhya Pradesh Police want no guesswork in establishing who a Labrador dog in the state’s Hoshangabad district belongs to. Shadab Khan, a journalist by profession, and Kartik Shivhare, an ABVP leader, have both staked claim to the dog.

Khan has claimed that the dog, Coco, was held captive by Shivhare after it went missing. Shivhare says the dog’s name is Tiger and that he was bought from Itarsi. The dog is not making things any easier by responding to both names Coco and Tiger.

The police have decided to settle the matter with a DNA test. Khan says the parent of the dog was in Panchmarhi while Shivhare said the parent of his dog was in Itarsi. Blood samples of all concerned dogs are being collected in the case to ascertain if Coco is Tiger or Tiger is Coco. 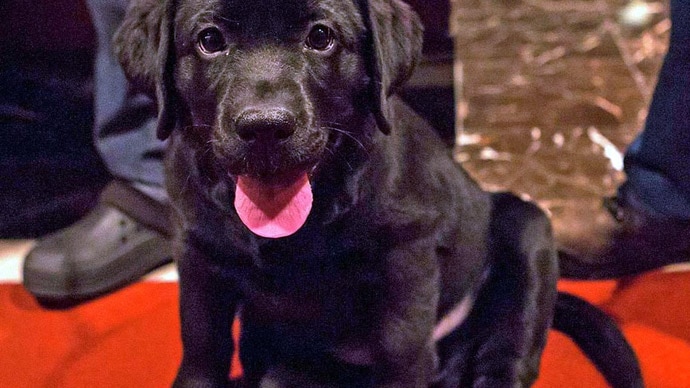 Blood samples of all concerned dogs are being collected in the case to ascertain if Coco is Tiger or Tiger is Coco. (Photo for representation: Reuters)

But do you know what your genes can tell you about your relationship with dogs? Research says your genes, not you, decide whether you will have a dog as a pet.

Why did the study involve twins? That is because studying twins is a popular method to understand the influences of environment and genes on our biology and behaviour. Identical twins share their entire genome. Non-identical twins share only about half of the genetic variation.

Comparisons of the within-pair concordance of dog ownership between groups helped understand whether genetics plays a role in deciding if one is ready to bring home a dog. The researchers found concordance rates of dog ownership to be much larger in identical twins than in non-identical ones. Hence proved. Oxford-AstraZeneca trials have proven the coronavirus vaccine is 70.4 per cent effective. (Photo for representation: Reuters)

But 100 per cent deleting of old messages is possible on WhatsApp now with the messaging app rolling out Disappearing Messages feature in India. Your messages will disappear only if you want them to disappear. So if you have someone on your contact list who sends forwards day and night that you will have no use of in this life, you can turn on the feature. The messages will keep disappearing every seven days.

No app, however, gives us the option to block people without them getting to know that they have been blocked. You asked for the feature, WhatsApp gave it but those asking for reform in the Congress, have been asked to look into the mirror. The advice came from Congress leader Adhir Ranjan Chowdhury who said leaders asking for reforms should "look into a mirror and do introspection". We concur. Instrospection is not something parties can do because parties are abstract, apart from being unwilling. Also, since you can’t change others, change yourself. How does that change Congress? Ask Adhir.

But in an exteremly distressing news for the Congress veteran party leader and former Assam CM Tarun Gogoi died today evening. He was reported to be extremely critical and on life support in hospital after testing Covid-positive. Gogoi was the longest-serving chief minister of Assam and a six-time MP.

Out of jail are comedian Bharti Singh and husband Haarsh Limbachiyaa. But their harsh times are far from over since the case against them is likely to continue. Bharti and Haarsh were produced before a magistrate's court on Sunday by the Narcotic Control Bureau after which, they were sent to judicial custody till December 4. They were granted a bail today.

If you think home feels like jail with the virus outside looking to get to whoever it can get to, you can find your escape in books. Our recommendation is The Disaster Tourist by Yun Ko-eun.

But we will be back tomorrow with more.