DailyOh! WHO says Covid is airborne, Mamata Banerjee back as Bengal CM

The World Health Organization has now included the possibility of airborne transmission of Covid-19. But experts have been saying that since July 2020. Also, Mamata Banerjee today was sworn-in as the Chief Minister of West Bengal.

We will get you the Covid tally and all the statistics in a bit. But before that, a heart-wrenching tale of a Covid positive man in Srikakulam, Andhra Pradesh. In a viral video that has been doing rounds, a girl can be seen trying hard to provide some water to her Covid positive father gasping for breath. Her own mother and the ailing man’s wife, tried hard to stop her from going near him. The mother feared transmission. The girl still managed to evade her mother and give her father a sip of water — his last sip, because he died seconds later.

Heart-wrenching!! Unable to see the plight of his #COVID19 infected father, daughter went and poured water in his throat despite mother's objection. However, he breathed his last. #Srikakulam reported 2398 fresh #coronavirus cases (#AndhraPradesh 20,0034 new cases, and 82 deaths) pic.twitter.com/grNvwZ1s4X

The Covid saga is beyond the statistical count. It has an ugly face to it, of patients gasping for breath, children being orphaned, and mass cremations. No dignity in death: Mass cremations as corpses of Covid victims pile up. (Photo: Reuters)

An unparalleled disaster. However, we are obliged to bring you the count to show the magnitude of the pandemic, and here it is.

India registered over 3.82 lakh fresh cases and 3,870 deaths in the 24 hours ending Wednesday morning, according to the health ministry. This brings out a pertinent question that has been wracking the pandemic-stricken world — how exactly does Covid-19 spread?

According to the World Health Organization’s (WHO) latest guidelines, there is a strong possibility of airborne transmission of the virus in an indoor or non-ventilated setting. WHO has said that there is a strong possibility of Covid-19's transmission being airborne. (File photo: Getty Images)

The murmur around the airborne spread had first started in July 2020 when health experts raised the pitch. WHO had then ruled out the possibility, saying that there was no evidence to suggest the same.

You must have guessed it by now: our Word Of The Day is airborne. According to the dictionary, the word means 'transported by air'. It is a compound of the words 'air' and 'borne'. Borne is an adjective that is the past participle of the verb ‘bear’ that means to ‘carry the weight of’ or ‘support’.

The establishment of the virus being airborne makes the possibility of its contagiousness scary. We have been saying it all along, and we will continue to remind you for your safety: the mask is your best ally in fighting the pandemic.

Back home meanwhile, ICMR has released a new set of guidelines on Covid testing. While earlier you were asked to get the tests done as soon as you started showing symptoms, you can now avoid the RT-PCR under certain circumstances. Read this to find out, and know more about the guidelines.

Politics is playing in every aspect of our lives and country. The pandemic is not impervious to it either. The 3,000 tonnes of medical aid from foreign countries has generated a mountain of controversy. The Centre is being criticised by people and reprimanded by the courts for mismanagement. Amid this chaos, the aid distribution is reportedly being carried out to every state. However, some states have claimed that they have no idea of what medical equipment they have been sent by the Centre. So where did the aid go? No one knows. The dread doesn’t seem to cease.

But Didi played no politics in offering hope to her people on Covid. After taking oath as the Bengal CM for the third time, Mamata Banerjee has said that her first priority would be to tackle the Covid-19 situation. She wasted no time in announcing new curbs in the state. 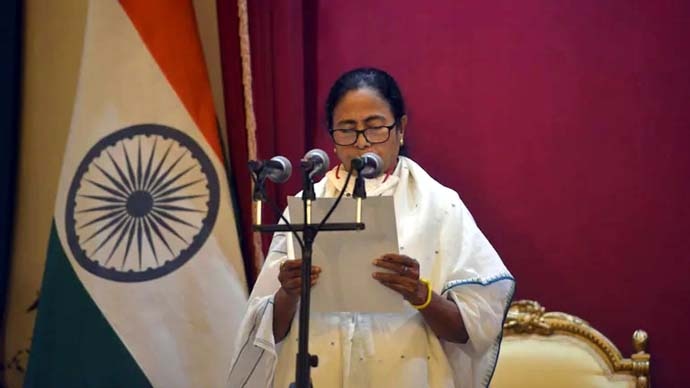 What about the reports of post-poll violence? She said that the state’s administrative machinery was under the Election Commission until now, and that she “will tackle the disturbances”.

When the government does politics, Samaritans rise to help. After helping the migrants return home last year, actor Sonu Sood has won our hearts yet again. He and his team helped a hospital in Bengaluru save the lives of 20-22 Covid patients by arranging oxygen cylinders. The best part? The actor publically lauded his team for their prompt action rather than take all glory for himself. Are the leaders listening?

Anyone who has lost a loved one due to scarcity of Oxygen or an injection, will never be able to live in peace all their life. They will always live with a feeling that they failed to save their family.I want to tell them..You didn't fail,We did

Staying with Bengaluru, after her father Prakash Padukone, mother Ujjala, and sister Anisha, who are undergoing treatment for Covid-19 in a Bengaluru hospital, actress Deepika Padukone has also tested positive and is currently in Bengaluru. We wish them all a speedy recovery. 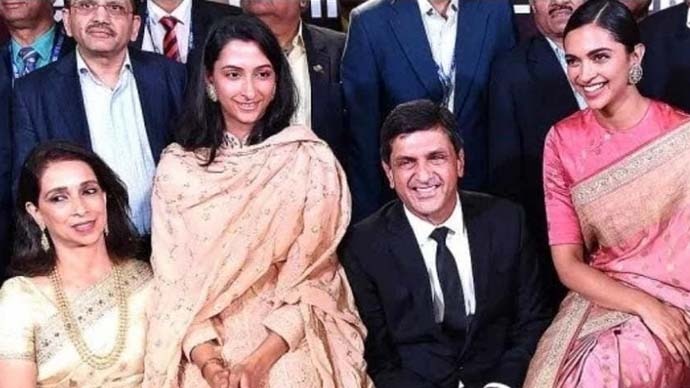 All the four Padukones have tested positive for Covid-19 and are undergoing treatment in Bengaluru. (Photo: Instagram/ @viralbhayani)

The virus has not spared the Indian delegation to the G7 summit either. After two of its members tested positive for Covid-19 in the UK, the delegation led by External Affairs Minister S Jaishankar has gone into self-isolation.

Was made aware yesterday evening of exposure to possible Covid positive cases. As a measure of abundant caution and also out of consideration for others, I decided to conduct my engagements in the virtual mode. That will be the case with the G7 Meeting today as well.

The minister had arrived in London on Monday for a four-day visit to join the G7 Ministers Meeting at the invitation of the UK Foreign Secretary. He had diplomatic meetings with several foreign delegates. It is not possible to mention the UK and not speak about the latest happenings in the Royal family.

Meghan Markle is releasing her first children’s book called The Bench on June 8. It is reportedly based on the relationship between her husband Prince Harry and their son, Archie. It has been illustrated by award-winning illustrator Christian Robinson and the Duchess of Sussex will narrate the audiobook edition. The book reportedly features a diverse group of fathers and sons and the moments they share.

The couple is expecting their second child, a daughter, this summer. 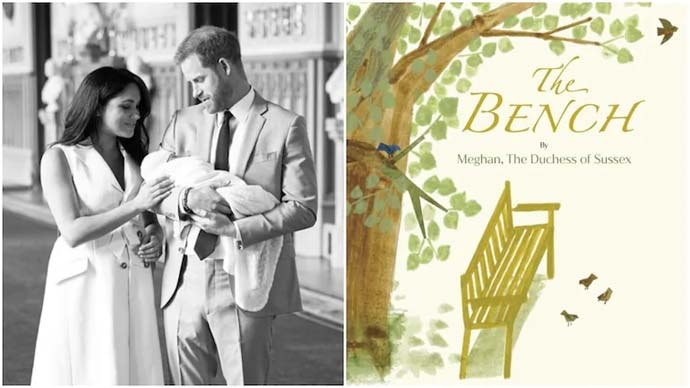 The Duchess of Sussex is releasing her first children’s book, rooted in the relationship between Prince Harry and their son, Archie. (Photo: Instagram)

There is another book published in 1950, that turned a nightmare for the British Royal family. This book was authored by Marion Crawford, and governess to Princesses Margaret and Elizabeth (the future Queen Elizabeth II) until Princess Elizabeth's marriage.

After retiring as their governess, Crawford signed a book deal with American editors Bruce and Beatrice Gould. Crawford had the Queen's approval, who even got the Palace to broker the deal. The idea was that feel-good stories about the Royal family might bolster Anglo-American relations.

Crawford, however, was in a different mode altogether. The Royal skeletons came tumbling out in her tell-all book, The Little Princesses. It not only detailed the lives and personalities of the princesses, but also had revelations of King George VI's moods and Queen Elizabeth’s (The Queen Mother) chilly relationship with sister-in-law Wallis Simpson. Obviously, Crawford was ostracised from the previously warm Royal family as the first servant to cash in on their private lives. They never spoke to her again. But the book sold exceptionally well and titillated a nation. It is now freely available, having been republished many times.

To kill time at home, you can read that. If books don’t excite your wanderer’s soul, then we recommend Easy Rider to you. While you may not be able to hop on to your motorcycle and hit the road, it will offer you a much-needed virtual escapade.

Do what you must to maintain your sanity in these insane times. Stay healthy, stay happy and stay safe.

#Queen Elizabeth II, #Sonu sood, #Covid-19 airborne transmission, #Mamata Banerjee
The views and opinions expressed in this article are those of the authors and do not necessarily reflect the official policy or position of DailyO.in or the India Today Group. The writers are solely responsible for any claims arising out of the contents of this article.