Is the Covid-19 vaccine safe? Will it work?

India Today Editor-in-Chief Aroon Purie talks about the science, safety and effectiveness of the Covid-19 vaccine and the logistics of the vaccination programme, in the December 14, 2020 edition of the India Today Magazine.

As one of the worst years on record in a century draws to a close, we are left counting the dead. The Covid-19 pandemic has so far claimed 1.4 million lives worldwide and left 64 million infected while wiping out trillions of dollars from the global economy. India, with 9.5 million infections, has been the second most infected country. At 138,122, the number of deaths in our country is the third-highest globally in absolute terms but, mercifully, our mortality rate of 1.5 per cent is among the lowest. Despite this, there is an all-pervasive sense of uncertainty as the pandemic ebbs and flows in the country. India is particularly vulnerable, with 31 per cent of its people living in crowded urban centres in unhygienic conditions and a ramshackle medical infrastructure. We can ill afford another lockdown, just when the economy is showing the first few signs of revival. In this scenario, the prospect of an effective vaccine against Covid-19 offers great hope in overcoming a virus that’s obliterated an entire year of our lives. 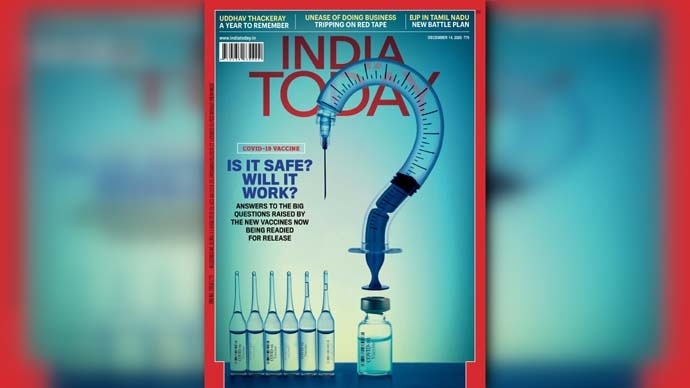 This week, Britain became the first country to approve the Pfizer-BioNTech vaccine for use. Moderna and Pfizer have applied to the US Food and Drug Administration for emergency use of their vaccines for high-risk groups. After months of despair, there finally seems to be light at the end of a long, dark tunnel. Rarely has humanity been as united in a common scientific pursuit as it has been in finding a vaccine against Covid-19. The speed with which it has come up has belied the World Health Organization’s initial assessment in February that it would take at least 18 months to develop a vaccine.

A vaccine trains your immune system to produce antibodies, just as it would when exposed to the disease, by using either inert forms of the virus or gene technology to render it ineffective. Research shows that a lot of the vaccines are succeeding because they are building upon years of investments in accumulated research. Scientists have discovered that the SARS-CoV-2 virus is not as complicated as the AIDS pathogen, for example. Finding and defeating the spike protein or the receptor that helps the virus bond with human cells and multiply within the body has been the game-changer in most vaccines under development. The consensus among health experts is that if the vaccine is enough to protect you against a serious infection from the virus, that in itself is a huge leap.

The near-simultaneous arrival of so many vaccines has led to multiple redundancies. WHO lists over 150 Covid-19 vaccines under development, with around 44 candidates in clinical trials and 11 undergoing late-stage testing. India has homegrown options in clinical trials—Covaxin by Bharat Biotech and ZyCov-D from Zydus Cadila—apart from Moderna’s mRNA-1273 vaccine, Pfizer’s BNT162b2 vaccine, Russia’s Sputnik V vaccine and AstraZeneca’s Covishield, which the Serum Institute of India will produce. In anticipation of clearance, all these companies are gearing up to start production in millions.

The arrival of these vaccines has generated much hope and excitement but also raised several questions. How safe are they? How effective will they be? A vaccine is approved only after weighing the risks against the benefits. The fast-tracking of vaccine approval has engendered doubt as it typically takes 6-10 years to develop safe and effective vaccines; it took 20 years to develop the polio vaccine. However, new technology and new discoveries in molecular biology make it possible to create a vaccine within a year. The only caveat is that its benefits must outweigh the potential risks because vaccines are given to healthy people. Vaccine scepticism, especially in advanced countries, is still quite prevalent. For instance, according to a recent poll, 30 per cent of the people in the United States don’t believe in vaccines. Taking vaccines, therefore, is a matter of individual choice.

A second aspect relates to the kind of immunity a vaccine can give and how effective it is. The FDA considers anything above 50 per cent efficacy enough to pronounce a vaccine a success. Developers of some of the new Covid-19 vaccines have reported very high effectiveness of 90 per cent. But questions remain over the kind of immunity they provide. Could they still be vectors capable of transmitting the disease? How long does a vaccine’s effect last—six months, a year?

Besides, there are significant logistical issues. How do you administer the vaccine to a country of 1.4 billion people? While the experience of taking vaccines to remote areas and allaying fears against immunisation has been built up over the years, this will be the first time that the country will be putting together a public health programme to vaccinate adults. If successful, it will chart a new course for immunisation programmes in the country.

We now know that health workers will be the first to get the vaccine. Should those above 65, the more vulnerable demographic, get it too? There are other worries. Manufacturing, particularly for new vaccine technologies, has never been done on a large scale before, and we do not know if our production process will be able to supply millions of doses.

Our cover story, ‘The Covid-19 Vaccine: Is it safe? Will it work?’, examines these aspects. Group Editorial Director (Publishing) Raj Chengappa looks at the fascinating science behind the vaccine, its safety and effectiveness, while Associate Editor Sonali Acharjee looks at the logistics of undertaking what will be India’s most extensive vaccine distribution programme.

The heartening news in all of this is that India has become a major player in vaccine research and is emerging as one of the world’s largest vaccine makers. Producing the vaccine will not only power the pharma sector but also kickstart a massive ancillary industry of syringes and bottles. Hopefully, the current exercise will also trigger greater awareness on the need for increased healthcare spending.

Let us hope that in 2021 we will have left the nightmare of Covid-19 behind and learnt to live with a better ‘new normal’, having realised what is important in life and what is not.

#India today magazine, #Coronavirus pandemic, #Covid-19 treatment, #Covidvaccine
The views and opinions expressed in this article are those of the authors and do not necessarily reflect the official policy or position of DailyO.in or the India Today Group. The writers are solely responsible for any claims arising out of the contents of this article.