Life in the Time of Corona

India Today Group Editor-in-Chief talks about the governments struggling to control the deadly coronavirus, in the March 30, 2020 edition of the India Today Magazine.

Everybody is talking and thinking about nothing but the coronavirus. It has drowned out all other news. While governments are struggling to control this deadly pandemic, a pall of uncertainty and fear has descended upon the world. With unprecedented lockdowns or severe restrictions, it has brought a change in every sphere of life.

India, too, has acted swiftly, although the country had reported 151 confirmed cases of COVID-19 and three deaths by March 18. The arrival of international travellers from 33 European countries has been banned, schools and colleges have shut down, malls and multiplexes closed, events and marriages have been rescheduled and gatherings of more than 50 people have been banned in the capital. Companies, including ours, have asked employees to work from home and implemented protocols to minimise the risk of community transmission. Technology, with its whole internet-based ecosystem, has played a very useful and important role in mitigating the misery of this disaster. Social distancing has become de rigueur. An essential part of the 1897 Epidemic Diseases Act that was drafted during an outbreak of the bubonic plague in Bombay State, it remains in force even today. It worked then, it worked for China during the initial spread of the disease in Wuhan and is expected to work for India now as well. It helps slow the community spread of disease and ensures that the number of ill never attains a mass that overwhelms the system. 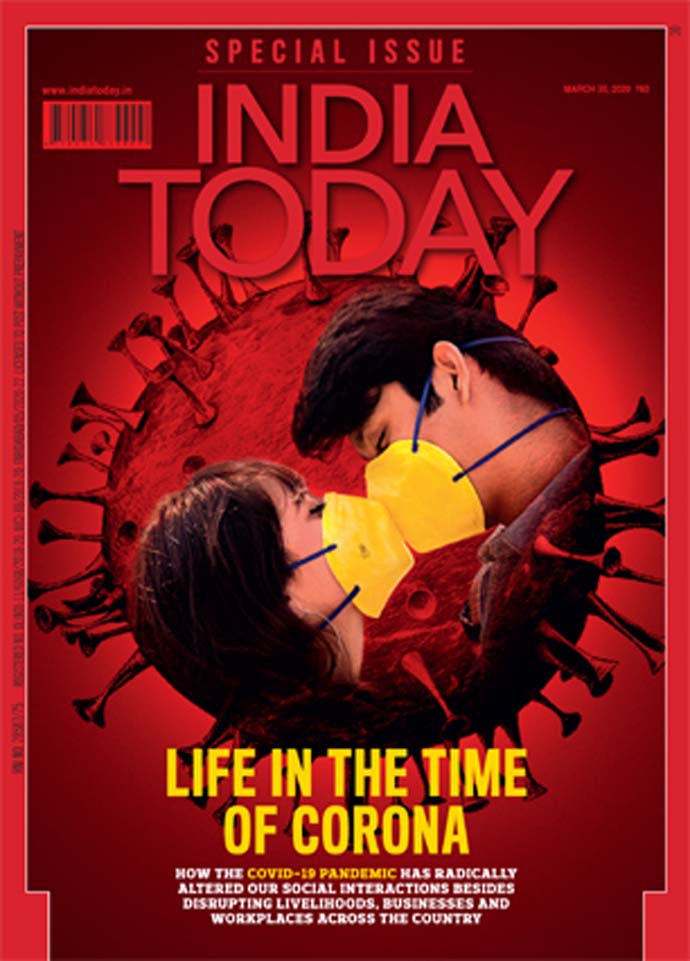 India is particularly vulnerable. With a population that is the second-largest in the world and much more densely packed than China, it is going to be a Herculean task to contain the spread of the virus. India has 420 persons per square kilometre as against 148 in China. Most of our cities have slums crammed with people living cheek by jowl in very unhygienic conditions. We also have only 300,000 testing kits when several million will be required to gauge the extent of the problem. As the old management mantra goes: if you want to deal with a problem, measure it first. That’s what we need to do on an emergency basis, otherwise, community transmission will be exponential. South Korea, which was one of the worst-affected countries after China, was able to contain the spread of the disease and the death rate after massive testing of over 210,000 people out of a population of 51 million. India, by contrast, has tested only around 12,000 people in a population of 1.3 billion. The other issue with India is our tottering medical infrastructure. We have an estimated 2.71 beds per 1,000 people as compared to China’s 4.3 beds per 1,000 and 0.62 doctors per 1,000 as compared to China’s 1.8 per 1,000. Our expenditure on healthcare is also among the lowest in the world—1.3 per cent of GDP as compared to China’s 5.3 per cent.

The next two to three weeks will be critical for India as the worldwide pattern of the disease has been that it starts to spike dramatically after over a hundred infections.

COVID-19 is likely to have a social, economic and political impact. The United Nations Conference on Trade and Development (Unctad) estimates a $1 trillion setback to the global economy. We could be looking at the worst economic crisis since the 2008 downturn. This is likely to have enormous consequences for the Indian economy which has already been in the midst of a slowdown, with a recession in exports and manufacturing, even before the virus struck. The airline and hospitality sectors are already on the brink. In such a scenario, Unctad’s estimate of a $348 million hit on the Indian economy appears to be extremely conservative.

Our cover story, ‘Life in the Time of Corona’, examines what has changed for millions of Indians caught in this most unusual health emergency. We have tried to put faces to the statistics in this scourge.

COVID-19. It does not leave you even in death. For those who die of the virus, the body has to be cleaned with bleach, placed in a body bag and cremated electrically within two hours. The relative of a 68-year-old woman in West Delhi who died on March 14 is inconsolable. “We could not see her, nor put tulsi or gangajal on her,” he says.

Our reporters and photographers fanned out across the country—from an old-age home in New Delhi to a military quarantine facility in Mumbai and a Buddhist temple in Bihar—to see how the pandemic has afflicted India. We are certainly better prepared for this outbreak than we have been for medical emergencies in the past, but it is too early to say what the eventual fallout of COVID-19 will be. However, a few changes are already making their way into everyday life. A heightened awareness of the importance of hygiene, of respecting public health protocols for starters. Our lives will never be the same again, but perhaps some good will come out of this crisis too.

(India Today Editor-in-Chief's note for the cover story, Life in the Time of Corona, for March 30, 2020)

Post your comment
#Coronavirus pandemic, #India today magazine, #Coronavirus in india, #Covid19
The views and opinions expressed in this article are those of the authors and do not necessarily reflect the official policy or position of DailyO.in or the India Today Group. The writers are solely responsible for any claims arising out of the contents of this article.