Why Wuhan is the virus hub of China and the world

The coronavirus is not the first time a deadly infection has travelled to Europe from China. In 1347, the Plague, also believed to have originated in China, killed millions in Europe.

On a cold wintry day in January 2020, Harvard University had unusual visitors. Agents from the Federal Bureau of Investigation (FBI) arrested 60-year-old Professor Charles Lieber, a renowned expert in nanoscience and head of Harvard’s chemistry and chemical biology departments. As The New York Times reported on January 28, shortly after his arrest: “By afternoon, one of Harvard’s scientific luminaries was in handcuffs, charged with making a false statement to federal authorities about his financial relationship with the Chinese government. His arrest sent shock waves through research circles. 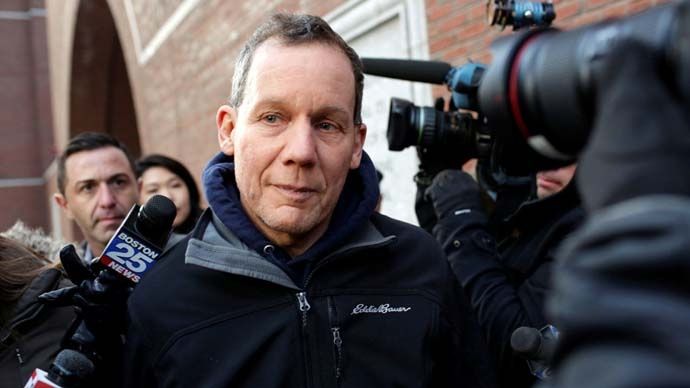 Professor Charles Lieber, head of Harvard’s chemistry and chemical biology department was charged with lying about his financial relationship with the Chinese government. (Photo: Reuters)

Dr Lieber was one of three scientists to be charged with crimes. Zaosong Zheng, a Harvard-affiliated cancer researcher, was caught leaving the country with 21 vials of cells stolen from a laboratory at Beth Israel Deaconess Hospital in Boston, according to the authorities. The third was Yanqing Ye. Prosecutors said she hid the fact that she was a lieutenant in the People’s Liberation Army, and continued to carry out assignments from Chinese military officers while at Boston University. Ms Yanqing was charged with visa fraud, making false statements, acting as an agent of a foreign government and conspiracy. She was in China and was not arrested.”

What has Lieber’s arrest got to do with the global spread of the COVID-19 pandemic? Perhaps nothing. But joining the dots points to a secretive nexus between US scientists and China in its bid to access highly classified US research, especially in biotechnology. The Hong Kong-based South China Morning Post last week reported that “patient zero” — the first carrier of the coronavirus — was a 55-year-old man from Hubei province, detected as far back as November 17, 2019. However, it was only on December 31, 2019 — by when the virus had already had nearly two months to infect unprotected people — that the Chinese government released initial information on the new virus.

It was too late. Contacts between millions of Chinese during the lunar new year festival, when many travel to and from mainland China, had proceeded unhindered. The virus spread rapidly across the world from its epicentre in Wuhan, the capital of Hubei and a city of 11 million people. By locking down Hubei, the Chinese Communist government ensured the infection was controlled largely within the province.

Other countries were not as successful. Planeloads of Chinese workers fly between Wuhan and Milan where hundreds of Chinese-owned factories churn out designer leather bags and other products. That explains why Italy, especially the northern Lombardy region, has been so badly affected by the virus. From Italy, part of the European Union’s Schengen borderless visa region, the virus spread quickly during the two-month unprotected window to Germany, France, Spain and, with a time lag, Britain.

Wuhan is one of China’s most important high-tech hubs. Like Harvard Professor Charles Lieber’s contractual work with the Wuhan University of Technology, a large number of US scientists work on assignments with Chinese universities. Lieber’s arrest will have a chilling effect on the American scientific community.

Wuhan itself is a city of many parts. It hosted the “Wuhan Spirit” informal summit between Prime Minister Narendra Modi and President Xi Jinping in 2018. But Wuhan has much more to commend itself. The city has attracted investors from 80 countries. It hosts over 6,000 foreign-owned companies. Fortune 500 firms have a large presence in Hubei — 85 have investments in the province. Wuhan has a large bio-industry. Located in a picturesque area dubbed “Biolake” — known officially as the Wuhan National Bio-Industry Base — the complex has six centres: biology innovation, biomedicine, bio farming, medical devices, medical health and bioenergy. The Wuhan University of Technology which, according to the FBI, paid Harvard Professor Lieber $50,000 per month and a lump sum of $1.50 million – all of which Lieber concealed from both Harvard and the US government – has 27 innovative research centres and several laboratories. The Coronavirus is not the first time a deadly infection has travelled to Europe from China. In 1347, the Plague, also called the Black Death, killed millions in Europe. The source was traced back to rodent carriers on a Chinese trading ship which berthed at various European ports. Why has the number of people affected by the Coronavirus in India been significantly lower than those in Europe? The answer lies in acquired immunity.

Indians are exposed from childhood to all kinds of bacteria and immunity gradually develops. In Europe, you can drink water from a tap. The level of immunity in an average European or American is far lower as the case of “Delhi belly” afflicting foreigners visiting India attests. In epidemics like SARS and swine flu, Indian fatalities have always been fewer than those abroad. Viruses are often rendered ineffective by anti-bacterial antibodies most Indians acquire. They serve as a natural immunological shield.

The Narendra Modi government has been proactive in its response to the crisis, except for one lacuna: the restricted numbers of people being tested for the coronavirus. The decision to allow certified private laboratories to conduct tests with advanced kits, rather than restrict testing to government hospitals and laboratories, hasn’t come a day too soon.