Sputnik V will be the third vaccine against coronavirus after Covishield and Covaxin in India.

Prime Minister Narendra Modi at a rally in Bardhaman today said Didi (O, Didi) has abandoned Ma, Maati and Manush. Deepika Padukone, meanwhile, abandoned MAMI. Not her Mama’s wife, but the Mumbai Academy of the Moving Image. Padukone, who was the institution’s chairperson, said she has no time to be sit on the chair. 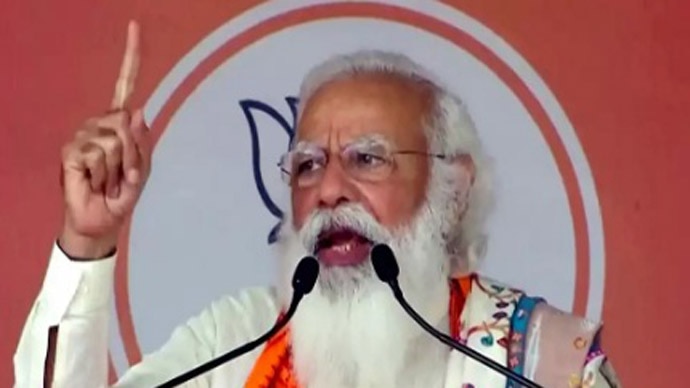 Narendra Modi during a rally in Bardhaman. (Photo: ANI)

Padukone took some time off from her busy schedule to share an Instagram story - which remember, has a time of just 24 hours before it vanishes – to tell why she is abandoning MAMI. What keeps MAMI busy? MAMI organises the Mumbai Film Festival, which is basically an international film festival. India, you know, is marking a vaccine festival, which has been given a name – Vaccine Utsav – by Modi.

Joining the Utsav along with Covishield and Covaxin is Russia’s Sputnik V. The approval to the Sputnik V apparently was given based on a "very strong immunogenicity data" shown by the vaccine. Sputnik V is the same vaccine which Russian President Vladimir Putin, who will be President till 2036, claimed his daughter had taken. 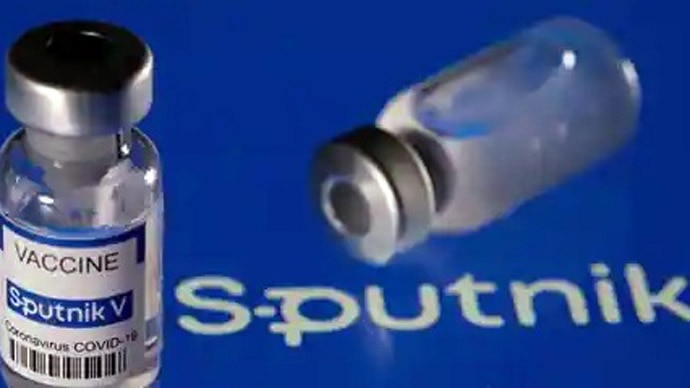 Sputnik V will be the third vaccine against coronavirus after Covishield and Covaxin in India. (Photo: Source)

India, meanwhile, has become the second-worst hit country of the world with a record 1,68,912 Covid-19 infections reported in the 24 hours preceding this morning.

Amid the rising number of coronavirus cases, India put a ban on the export of Remdesivir. The ban on exports is likely to stay till the fast spread in India is slowed down. There are as many reasons for that not happening anytime soon as there are people flouting Covid norms. Truth be told, no norms can stop the spread when you can't stop an election rally or Kumbh mela. Just yesterday, Haridwar, where the Kumbh is happening, reported 300 new cases. To deal with the new and old cases, we told you, the Centre has stopped Remdesivir exports. 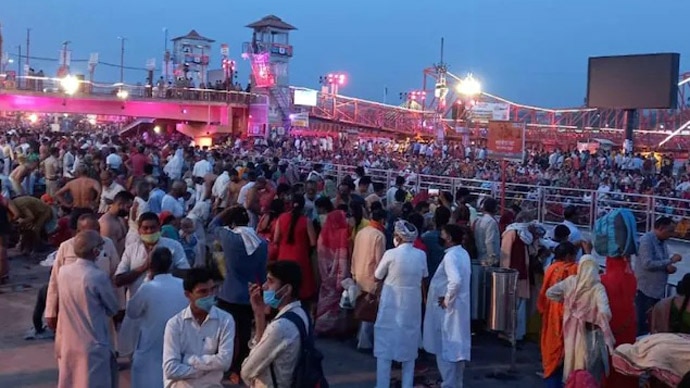 Exports are what countries send to other countries. But did you know that the word export was imported into English from Latin? Export, the Word Of The Day, comes from Latin word exportare, and is formed by the coming together of ex (out) and portare (carry). Export came to be used in English in its current sense – to carry out or send away - in the 17th century. The Oxford dictionary defines export as ‘the selling and transporting of goods to another country'. Countries like to export what they produce in excess but exporters do not like a strong currency because that makes imports cheaper. All countries like to export more than they import because that shows a trade surplus.

Countries have an account of what they export and what they import but, for now, there is no way to assess just how many the virus managed to reach due to the election rallies because the focus seems to be on assessing who is winning how many seats and where. Talking of elections, a police officer from Bihar, who was on duty in West Bengal's Uttar Dinajpur district was lynched on April 10. Ashwini Kumar was cremated along with his mother, who died due to shock when she heard of the demise of the son.

Modi mentioned Ashwini Kumar while addressing the Bardhaman rally to attack Mamata. While Modi and Mamata are fighting, actor Mahima Chaudhry is fighting for both – against both.The actor today campaigned for BJP candidate Sabyasachi Dutta. On April 5, however, Mahima had appeared in a roadshow for TMC candidate Madan Mitra. If you don’t belong to a party, your loyalties can belong to people in different parties. Also, if you don’t know who is winning you can join forces with all possible winners to remain in the good books of all real winners.

Mahima Chaudhry on Monday participated in poll campaign for the BJP in Bengal. Last week, she had participated in a roadshow for a TMC candidate.#MahimaChaudhry #WestBengalPolls #BJP #TMC (@prema_rajaram)https://t.co/DT1rLs7ICU

If you are not fighting elections, take some time out to read real books. Our recommendation: Angela’s Ashes by Franck McCourt. The book was published in 1996 and won the Pulitzer in 1997. So, why are we recommending it in 2021? Because we are in 2021 and can’t recommend it in 2020 or 2002. While stars winning awards stay away from award ceremonies in the post-Covid world, stars presenting them get to walk the red carpet in the same world. So who is the real winner? Depends on many things depending on whether you like to walk or not.

The jury liked the Sir Anthony Hopkins's performance in The Father. Hopkins received the BAFTA Award for his work in the movie, while Christopher Hampton and Florian Zeller bagged the award for best adapted screenplay for the same film.

The movie is likely to make it to theaters in India on April 23. But you may have already watched that 1997 Anthony Hopkins movie Amistad. Did you know the amazing thing Hopkins did in the movie? For his role as John Quincy Adams in the movie, Anthony Hopkins shocked the cast and crew by completely memorising a seven-page courtroom speech. Hopkins nailed the entire speech in one shot. That won him a lot of praise from the crew and, of course, the producers. But Hopkins’s BAFTA win meant a loss for Adarsh Gourav who was nominated for his performance in The White Tiger. Frances McDormand won the Best Actress award for Nomadland, which won the award for Best Film.

TMC leader Jyoti Priya Mallick has called for a ban on the BJP in the wake of the remarks saying, “The BJP is a barbaric, uncivilised, and violent party.”

Demanding a ban on a party from EC, which shies away from banning candidate speeches beyond 24 hours, is an ambitious demand. Ambition, meanwhile, is tax free. It is also corona free so allowed to soar high or lie low.

You may be free to move because states are not imposing a nationwide lockdown and Modi is observing Vaccine Utsav (also elections in several states), but you must impose suitable restrictions on yourself to not let the virus get in touch with you. Act snooty with the virus and keep it at arm's length by staying two gaj away from other people.

#Mamata Banerjee, #Narendra Modi, #Bengal elections, #Covid second wave
The views and opinions expressed in this article are those of the authors and do not necessarily reflect the official policy or position of DailyO.in or the India Today Group. The writers are solely responsible for any claims arising out of the contents of this article.