DailyOh! CoWIN crashes as people rush to register for Covid vaccine, to the Assam earthquake

The government opened the Covid vaccine registration for those above 18 years at 4 pm today. Minutes later, the Co-WIN server crashed, unable to handle to load.

First things first. The government opened Phase 3 of the Covid vaccine registration for those above 18 years at 4 pm today. The inoculation will be starting on May 1.

However, minutes after the mandatory registration opened, the servers reportedly crashed as people flocked to list themselves for the jab. It is mandatory for those in the 18-44 age group to register themselves on the CoWIN portal, Aarogya Setu app or the UMANG App and get an appointment for vaccination. Users reported server issues and some said that they are not receiving the OTP that is the first and key step to register. Minutes after the government opened the registration for Covid vaccination, the CoWIN server reportedly crashed as people flocked to list themselves. (Photo: Reuters)

We are seeing some of the worst times as we battle Covid. If that wasn’t enough, we also have to deal with other forms of nature’s fury.

Assam woke up to strong tremors at 7.51 am on Wednesday as a massive earthquake (measuring 6.4 on the Richter scale) hit the state. A series of aftershocks followed soon after. From the visuals that are coming in, there seems to be widespread damage.

The epicentre was near Dhekiajuli in the Sonitpur district in Assam. The quake hit at a relatively shallow depth of 29 kilometres, according to US Geological Survey. Shallow earthquakes, as you might know, are felt more strongly than deeper ones as they are closer to the surface. 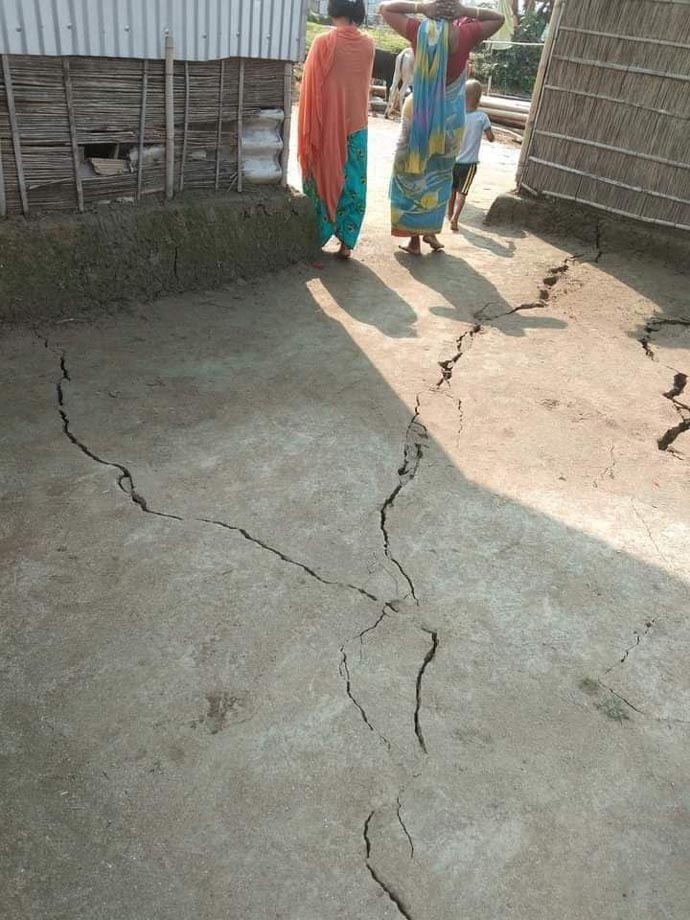 Tremors were felt in the entire region, including Meghalaya and northern parts of West Bengal, according to local officials. The quake was followed by two more jerks of 4.3 and 4.4 magnitudes at 7.58 am and 8.01 am respectively.

People were seen running out of their homes and other places in panic, obliterating social distancing and other Covid guidelines. But you don't really have the time to think about any kind of guidelines when it's probable death as the other option. Save your life first from the visible danger first, some would argue. Many people suffered minor injuries while running out in panic as the first quake struck. In times like this, it is like being caught between the devil and the deep sea. What should you prioritise? The social distancing or getting out to safety before the building roof falls on your head? It is a question no one has an answer to.

What we can tell you, however, is that no casualty has been reported so far owing to the pell-mell.

Our Word Of The Day, as you might have guessed by now, is earthquake. The dictionary defines earthquake as ‘movement or vibration of a part of the earth's crust’. The word is an amalgamation of two words — earth and quake. 'Quake' comes from the Old English word cwacian that literally means ‘to tremble’. Earthquake comes from the late 13th Century Old English lexicon, eorthequakynge, meaning a ‘shaking or trembling of the Earth that is volcanic or tectonic in origin’. Assam was a picture of devastation after the earthquake this morning. (Photos: India Today)

If the quake caused enough and more damage in the eastern end of the country, the western end was not spared of tragedy either.

Four patients died after a fire broke out at Prime Criticare Hospital — a private hospital near Thane in Maharashtra on Wednesday at 3.40 am. The hospital had no Covid patients, but that is of little solace. 20 patients, including six in the intensive care unit, were evacuated. However, four died while shifting the patients to another hospital. Three fire engines and five ambulances were rushed to the spot and the blaze was extinguished. 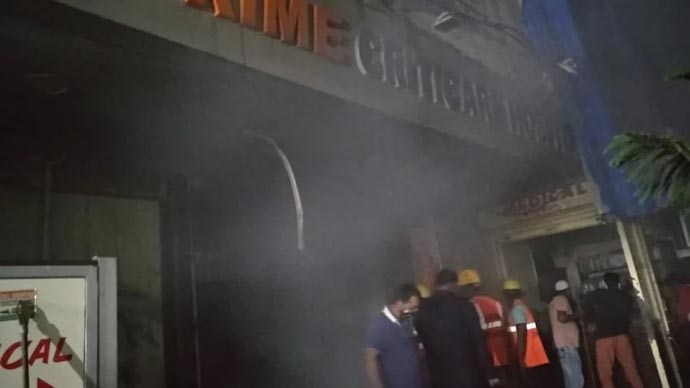 Early visuals of the fire in the Prime Criticare Hospital at Kausa in Mumbra locality near Thane. (Photo: ANI)

A high-level inquiry committee has been constituted to go into the cause of the fire, according to local MLA and Maharashtra minister Jitendra Awhad. He went on to add that the family of each deceased will be given a compensation of Rs 5 lakh and those injured will get Rs 1 lakh each.

Maharashtra: Fire broke out at Prime Criticare Hospital in Mumbra, Thane earlier this morning. Four died during the shifting of patients to another hospital. Fire tenders present at the spot. pic.twitter.com/je3yrEaKqC

Hospitals fires have become the norm these days. Barely days ago, on April 23, 15 Covid patients died after a fire at the intensive care unit of a private hospital at Virar in the adjoining Palghar district of Maharashtra.

But there was another hospital fire tragedy 20 years ago in Ramanathapuram district in Tamil Nadu that jolted the nation’s conscience. It was not just about the fire, which in itself was tragic, but about the draconian rule in mental asylums.

On August 6, 2001, the Moideen Badusha Mental Home in Erwadi witnessed one of the worst hospital fire tragedies, where 28 patients in the mental asylum were burnt to death after they failed to escape the wards. What prevented them from escaping the asylum? The iron shackles that bound them to their beds. The rule prevailing at that time commanded the patients of mental asylums to be chained with iron shackles at all times. The treatment at this hospital also included frequent caning, beatings supposedly to "drive away the evil". We shall not be sharing those very disturbing images of the charred remains of the patients bound to their beds with shackles. But some of those that were released to the media were horrifying, to say the least. Following the incident, the mental homes of this kind were shut down and over 500 inmates were sent under governmental care.

Moving on from earthquakes and fires to the dominant newsmaker since late 2019 — Covid. The virus is relentless in its rampage as India saw 3,293 deaths in the 24 hours ending Wednesday morning. The total Covid fatalities are now past the 2,00,000 mark, making our country the fourth in crossing the two lakh mortalities count. We are behind the United States, Brazil and Mexico. The solution is in adhering to the social distancing norms, as the experts have been saying from the word go. We told you yesterday about the Tripura DM who crashed a marriage party to ensure flouting of social-distancing norms don't go unnoticed (or unpunished). West Tripura District Magistrate Shailesh Kumar Yadav stopped two weddings in Agartala yesterday and gave the wedding party the good old one-two. Screenshot from the video of the Tripura DM reprimanding the wedding party.

Five BJP MLAs from Tripura have demanded the DM’s suspension now, and have written a letter titled ‘state terrorism and height of boorish misbehaviour of the DM’ to Chief Secretary Manoj Kumar. The DM has tendered an apology saying what he did was only "for the benefit and well-being of people".

Now, to news on vaccination.

FROM INFECTION TO VACCINATION 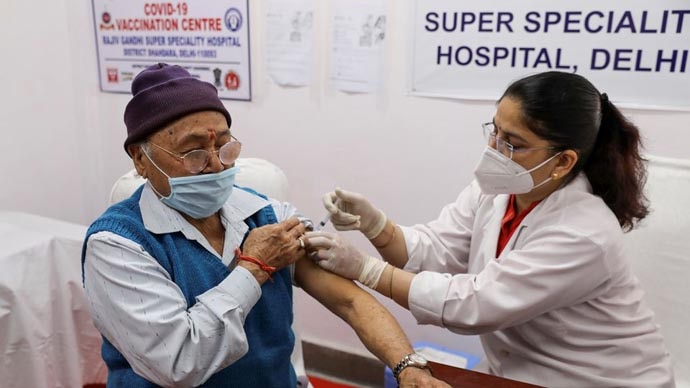 But how effective are the vaccines? Can you resume normal life after taking the shot? The answer is that though prevention is the best protection against Covid-19, vaccines have emerged as the strongest defence post-infection. But remember that there is no guarantee that even fully vaccinated people can return to the pre-Covid lifestyle unless they wear face masks. You can read all about vaccine efficacy, one shot or two shots, Covishield or Covaxin or Sputnik V, and more here.

Staying in line with the vaccines, as you know, India has approved the "world's first Covid-19 vaccine" developed by Russia — Sputnik V — for India. The first batch of Sputnik — the vaccine and not the satellite — arrives in India on May 1. Oh, just so that you know, the 'V' in Sputnik V stands for the letter ‘V’ and not the Roman numeral for five. That is your bonus trivia of the day. The first batch of the Russian vaccine will reach India on May 1. (Photo: Reuters)

The vaccine has been found to be 91.6 per cent effective after three phases of trials. While there was scepticism since Russia had not shared its trial data, perceptions changed when the trial data published in The Lancet said the vaccine "appears safe and effective".

Meanwhile, a petition in Bombay HC has termed the vaccination as ‘organised loot’. The petitioners — Mumbai-based lawyer Fayzan Khan and three law students — have alleged that the pharmaceutical companies are engaged in "organised loot" and beseeched the court's intervention to protect public health. 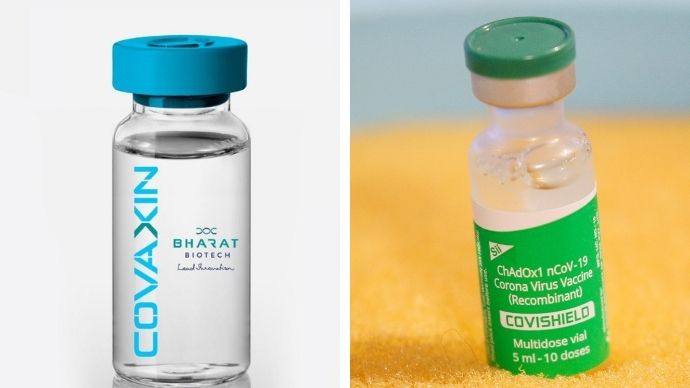 On Wednesday evening, however, SII CEO Adar Poonawalla announced that Covishield's price for states has been reduced from Rs 400 to Rs 300 with immediate effect as a "philanthropic gesture."

As a philanthropic gesture on behalf of @SerumInstIndia, I hereby reduce the price to the states from Rs.400 to Rs.300 per dose, effective immediately; this will save thousands of crores of state funds going forward. This will enable more vaccinations and save countless lives.

Till you get the vaccine, if you manage to get the vaccine, enforce do gaj ki doori, mask hai zaroori on yourself and whoever you are allowed to. Better still, don’t step out unless you absolutely have to.

What do while staying home once you're done with your WFH for the day? Read a book, perhaps? We recommend The Dutch House by Ann Patchett. It is a lovely story of two siblings in the paradigm of human relationships with the Dutch House at the centre of the plot.

No to books and yay to sports? The IPL match today is between CSK and SRH. While CSK has been on a winning streak and will try to hold on to it, SRH will try to redeem themselves after losing spectacularly to Delhi Capitals in a nail-biting super-over in their last game. You can track all the excitement and the action live here.

Remember to try and stay happy despite the melancholic times. Mental well-being is as important as physical well-being.

We will be back tomorrow. Till then, stay happy, stay safe and stay healthy.