Most laws to protect women do not address the underlying cause of violence, that is, societal attitude towards women and inherent patriarchy.

We are a booming economy and our GDP numbers are a testimony to that fact. But despite this, India, the world's largest democracy, is failing to ensure basic fundamental rights to its citizens. Most importantly, we have failed to ensure our women's right against exploitation. We are failing them by the minute. Perhaps, the second.

Not a single day passes without us hearing the news of some or the other horrendous incident. These crimes are beyond age and region. They include infants, young children, and teenagers across the country.

A quick look at the newspaper headlines is enough to shake our conscience. Incidents of rape have rapidly increased and reached epidemic proportions. A report by the Thomson Reuters Foundation released on June 26, states that India is the most dangerous country for women across the world.

Experts, whose opinion mattered during the poll, expressed that even five years after the brutal rape and murder of a student on a bus in Delhi, India has not done enough to address the imminent issue. The survey has definitely put forth a question. What are we doing to protect our women? Why haven't we devised policy measures to tackle and control the situation?

The latest data from the National Crime Records Bureau (NCRB) shows that in 2016-17 the number of rape cases went up by 12-15 per cent while other crimes have increased by 3-5 per cent. Delhi alone reported nearly 40 per cent of rape cases during the period. 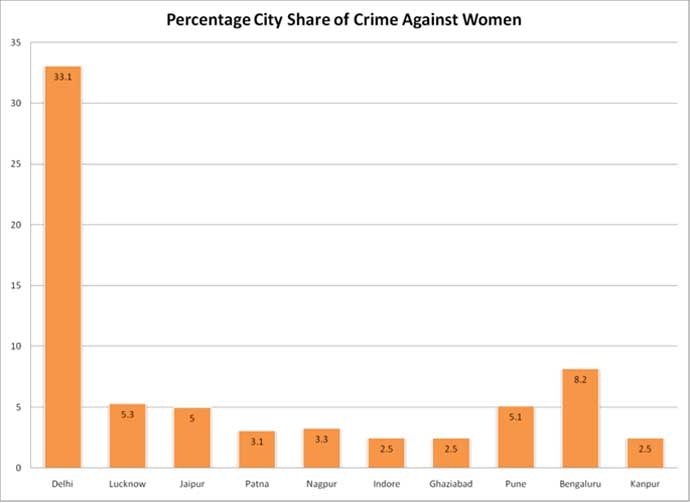 If we reflect upon the city-wise percentage share of the reported crimes against women, we realise that Delhi leads the pack with its epithet "rape capital of India" tag at 33.1 per cent, followed by Pune and Bangalore.

India has definitely made headlines in the recent years for horrific rape cases because it has become too common. But there are other common heinous crimes against women which catch less attention; acid attacks are one of them.

According to the latest NCRB data available, in the year 2016, there were 187 cases of acid attacks across states in the country. This is despite the Supreme Court ruling in favour of a ban on the sale of acidic chemicals such as sulphuric acid and hydrochloric acid. In Delhi alone, there were 19 attacks in 2016. Logically, shouldn't the national capital be the most secure region within the country? Answers to which are tough to decipher.

Violence at the hands of the husband or his relatives is another common form of crime against women. Incidents about women being killed for not meeting the dowry expectations is far too common a sight for our society. According to the National Family Health Survey-4, conducted in 2015-16, almost 30 per cent married Indian women reported violence by the spouse at least once. It is sad when we realise that even though the issue is common, justice is slow. Mostly, because the system is not keen to file a domestic violence report majorly because it is considered a family matter. Also, the state is unwilling to reform the patriarchal mindset, which remains part of our family structure.

The inability of our system to act when needed and sustain the change can clearly be understood by their failure to use the Nirbhaya Fund. Back in February 2013, the UPA government announced a special Rs 1,000 crore "Nirbhaya fund" to support initiatives to bolster safety and security of women. The total corpus today stands at a whopping Rs 3,100 crore. Today, after five years, less than 30 per cent of this fund has been used to improve women security despite the tall claims made by the government.

Any violence is the result of the government's apathy or inadequacy. Underutilisation of this fund is just one example. The One Stop Centre Scheme remains ignored. These centres have failed to serve the purpose because of a lack of trained counsellors, little access to legal aid, and the inability to link all these centres through a helpline. The fund remains severely underutilised as the system has failed to deliver justice to the affected women. The states not being able to formulate proposals factoring in women safety issues and the Centre not pulling its act together only reflect the lacklustre attitude of the polity. 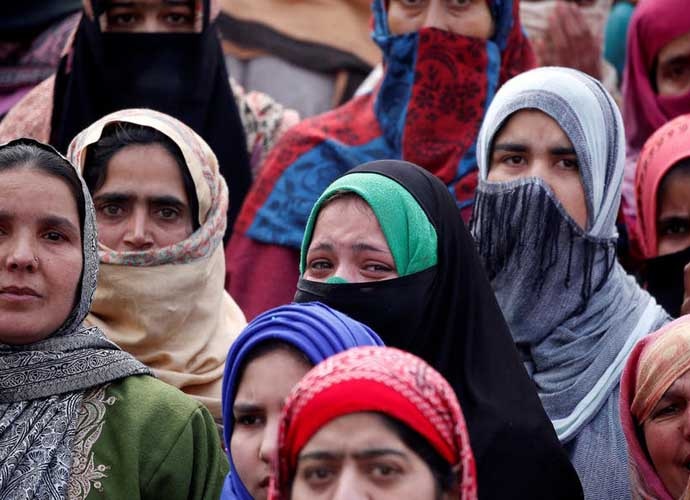 Any violence against women is the result of the government's apathy or inadequacy. (Source: Reuters)

The issue with most of the laws is that they remain highly symbolic. They do highlight the willingness of the government to bring in change and introduce tougher laws. But they all focus on the symptoms (in this context, rape, domestic violence, acid attacks and many more), rather than addressing the underlying causes ie societal attitude towards women and inherent patriarchy. Till the time the approach is not challenged, violence will occur and no amount of laws will be able to deter criminals.

What is it that we could do to protect our women? The answer is most definitely not a simple one.

We need extensively use a mix of 'top-down' and 'bottom-up' approach. We need to introduce policies, bills, schemes that empower women and increase their visibility and impact by placing them in power pockets. Women's Reservation Bill, which aims at reserving 33 per cent seats for women in Lok Sabha and legislative Assemblies, needs to be passed as the first step to achieve political empowerment for women.

Take the example of Finland where women are given equal opportunities as men in every field and as a result, we see them acquiring higher positions in business and politics.

India needs to imbibe this 'top-down' approach because with the increased representation of women in leadership roles, policies and legislations formulated will most definitely factor in women-centric issues better. However, with a large democracy like India, just the 'top-down' approach will not work. The 'bottom-up' also plays an essential role as it will help in changing the societal perception of women at the grassroots. This gives women the possibility to effect change, express themselves and raise women-centric issues in their constituencies.

The benefits of having women in law-making roles are not limited to the assemblies. This will most definitely shift society's perception towards female education. We need to do away with the notion that protectionism means the safety of women. This can only be achieved when we challenge the rudimentary mindsets, break gender stereotypes and question traditional power structures.

We cannot just keep scratching the surface. The need is to effect change from within.

We cannot call ourselves a progressive nation when we know that one half of our population lives in constant fear, everyday.

Also read: Why I believe Imran Khan can and will change Pakistan

#Thomson reuters report, #Molestation, #Rapes, #Violence against women
The views and opinions expressed in this article are those of the authors and do not necessarily reflect the official policy or position of DailyO.in or the India Today Group. The writers are solely responsible for any claims arising out of the contents of this article.