DailyOh! India is preparing for Cyclone Amphan, but who decides cyclone names?

Some cyclones and supercylones come, destroy and leave, but get no names. Why?

Lockdown 4.0 started today and so did Relaxations 3.0. The lockdown is countrywide, the relaxations state-specific. But there is no statewide relaxation for most states. Within states, the relaxations are area-specific depending on which area has how many cases. India, overall, is about to cross the 1,00,000 mark for positive cases within the next few hours. Today morning, the country recorded its highest single-day spike with 5,242 cases in 24 hours. The spikes are going to get bigger in the days to come and that is why Lockdown 4.0 has been enforced.

We know you are bored. The virus may or may not know it too, but in either case, it doesn’t care. The virus only cares about spreading, about taking the spikes higher. Even as the virus is at it, the number of nurses in West Bengal is decreasing. Over 300 nurses have quit jobs in private hospitals and returned home in states like Manipur, Tripura, Jharkhand and Odisha. Asked to explain, Association of Hospitals of Eastern India president Pradeep Lal Mehta said he doesn’t know the exact reason but the state government of Manipur is offering them a lucrative stipend to return home. Ninety-two of these 300 nurses hail from Manipur. 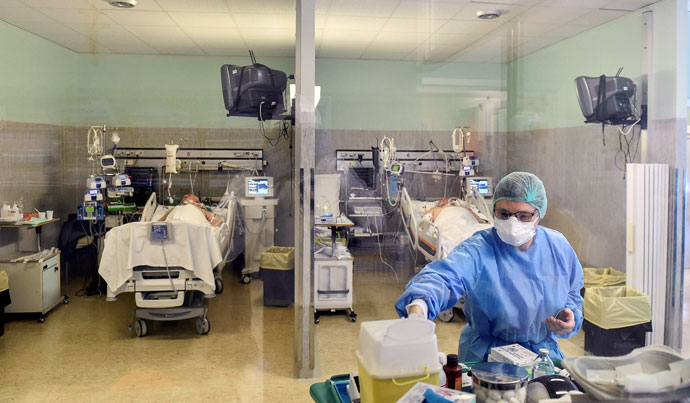 Over 300 nurses have left West Bengal. (Photo for representation: Reuters)

So, what stipend is Manipur offering them to return? Nothing. Manipur Chief Minister Nongthombam Biren Singh said, “We are not asking anyone to return.” Mehta’s source of information is best known to Mehta. We suggest he should stop paying stipends to his sources, if any. But the fact that needs no confirmation is that the shortage of nurses could well hit Bengal’s fight against Covid-19.

Nobody wants to land in a hospital, but once in hospital, nobody wants to be left without the care of nurses. Because nurse is the one who nourishes. Nurse, our Word Of The Day, originates from the Latin word ‘nutricia’, which stands for a person who nourishes. A nurse is someone who cares for the sick, old or young people, or someone who provides medical assistance. You do know that Florence Nightingale was the pioneer of modern nursing. That was after she organised care for wounded soldiers of the Crimean War. Over a period of time, the profession came to be associated with women because care is associated with women. But the demand for male nurses is slowly rising as is supply.

We believe demand will always bring in supply. The demand for an AIDS vaccine, however, still hasn’t received supply. Today is World AIDS Vaccine Day. HIV vaccine advocates mark the day by promoting the continued urgent need for a vaccine to prevent HIV infection. That urgency has remained an urgency since decades. It is believed the first case of HIV happened in 1920. But the epidemic wasn’t noticed till about late 1970s. The ‘urgent’ hunt for the vaccine has been on since early 1980s. A current ‘urgent’ hunt is on for a vaccine for coronavirus cases, both the UK and Italy have said a vaccine is not coming anytime soon so “learn to live with the virus”. Now, most governments are saying the same thing. We brought up the two because they are the latest to repeat the same thing.

Learning to live with the virus is important because we cannot learn to live without the economy. But even as we are learning to live with this, there is that. That cyclone named Amphan, which they say, can soon turn into a supercyclone. So, cyclone Amphan is heading our way quick and fast. Not your way exactly if you aren’t living on the east coast of India. The landfall is likely to hit Odisha and West Bengal the hardest. Amphan is likely to cause a lot of damage if it continues to move at its current speed.

The hope lies in the erratic behaviour of cyclones which can lead it to lose speed and make a gentler impact when it reaches the coastlines. It was this erratic behavior which led some to name cyclones after women. Their argument was women are erratic and destructive, so are cyclones, so call cyclones women names – Titli, Helen, Laila. But there was a time when cyclones had no name. The first cyclone to be named was named after a boat that the same cyclone ripped off in Atlantic Ocean. It was called Antje. Then in mid-90s, cyclones started getting women names. Male names for cyclones started to be used from 1978 along with female names. Men’s names alternate with the women’s names. The World Meteorological Department (WMO) is responsible for giving names to cyclones. You thought only naming your baby was a task? Don't ask that to Musk though. Anyway, so the WMO list has names that rotate. A name once used can be used again, but not if they stood for particularly deadly cyclones. 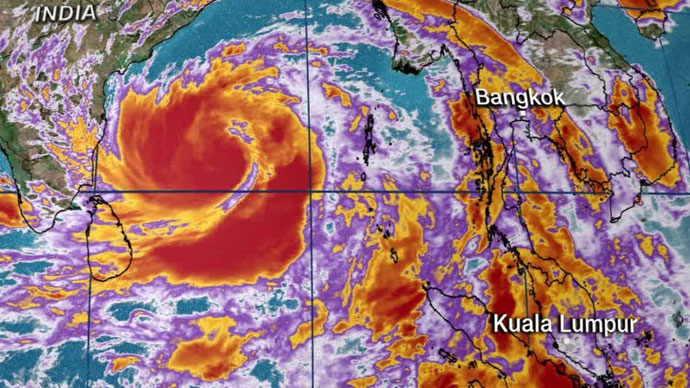 For the cyclones in the Indian Ocean, Bangladesh, India, Maldives, Myanmar, Oman, Pakistan, Sri Lanka and Thailand were the eight countries that put together 64 names, giving eight names each. This happened in 2004. The procedure had started in 2000, but it took four years to just finalise the list. Cyclones and supercyclones came and went during these four years, but had no names. So the list agreed upon in 2004 had Amphan as the last name. This was given Thailand. The region needs to once again begin the exercise of assigning names.

Talking of names, we were stuck by the strange coincidence that Madhu ‘Sap’re featured in a photo with Milind Soman and a ‘saanp’ in a photo. No, there is no new photo. It is the old photo which you must have seen if you are old enough because the photo was taken 25 years ago. Soman posted it because he wants to know the reaction the photo would evoke today. That is what he says. But we know people in showbiz need to keep showing more of themselves so that people do not forget them. Soman succeeded at that. He reminded us of not just himself, but his ex Madhu Sapre too.

Keep seeing this pop up on my timelines every once in a while :) its 25 years old, at that time no social media no internet either I think ! wonder what the reaction would have been if it had been released today 😋 . . . #flashback #timelapse #blackandwhite #nude #photo

Sapre, you know, was former Miss India. She was India’s entry to Miss Universe too. She could have been the first Indian Miss Universe but that title went to Sushmita Sen because the judges apparently did not like the answer Sapre gave to their question. Later, everyone mocked her for the answer. But what was the question?

The question was: What would you do if you became the Prime Minister of the country? Sapre, who was an athlete, said she would build a sports complex that would be, perhaps, the biggest in the world. Better than building the world’s tallest statue, we say.

Sapre lost out and that’s okay because only one person could have walked away with the crown. As for the photo today, we say, what we would have said then: Wow!

Since we are saying, there is something we would like to say to Pakistan cricketer Shahid Afridi as well: Shut up, idiot. The loudmouth has not only landed himself in trouble but also those from India who reached out to people to help Afridi’s charity. We are talking about Harbhajan Singh and Yuvraj Singh.

But what did Afridi say?

We understand our Idiot Of The Day Afridi has political plans for the future but any future for the current world is dependent on its response to the current coronavirus crisis. Now is not the time for stoking India-Pakistan animosity. Idiots like Shahid Afridi, however, are not expected to understand. Why else do we call them idiots?

Both countries should look at the crisis within, where people are dying and those living are struggling for livelihood. As many as 1,100 people have been laid off by Swiggy just days after Zomato let 13 per cent of its workforce go. India, as is the world, is staring at a terrible recession in the months to come.

Some say when the pandemic is under control, demand will pick up and so will the economy. It all begins with controlling the pandemic. Keep the mask on.

Post your comment
#Swiggy, #Coronavirus, #Supercyclone, #Cycloneamphan
The views and opinions expressed in this article are those of the authors and do not necessarily reflect the official policy or position of DailyO.in or the India Today Group. The writers are solely responsible for any claims arising out of the contents of this article.