Why is no one taking responsibility for the spike in pollution?

The quality of air in the National Capital Region and in several north Indian cities remained in the "severe" category for the fourth day in a row on Friday (November 10), indicating dangerous levels of air pollution. The Air Quality Index reading in several areas of Delhi was above 500.

The national capital has virtually become a "gas chamber" with its people forced to inhale poison. What is worrisome is that the central government and state governments are busy passing the buck.

Sensing that the situation is slipping out of hand, the Delhi government adopted measures such as putting a ban on civil construction, increasing the parking rate by 300 per cent, banning entry of trucks in the capital, and reintroducing the Odd-Even rule from November 13-17. But all this seems too little and too late.

Both the National Green Tribunal (NGT) and Delhi High Court have pulled up the Delhi government for its inaction.

Slamming the Delhi government, NGT said: "You have made a mess of Delhi. Why didn't you issue any direction for shutting down polluting industries and construction... Go to the hospital and see the number of patients that are being admitted. Even construction work taking place openly isn't being stopped, and when such a situation has ensued now action is being promised."

The Delhi High Court too rapped the city government for acting too late. The court said, "October to January is a 'critical period' when the air quality in Delhi is poor due to the weather conditions. And while bringing stubble burning to a complete halt 'will take time', the governments should at least try to enforce the regulations like mitigating construction dust generation, which can be done easily." 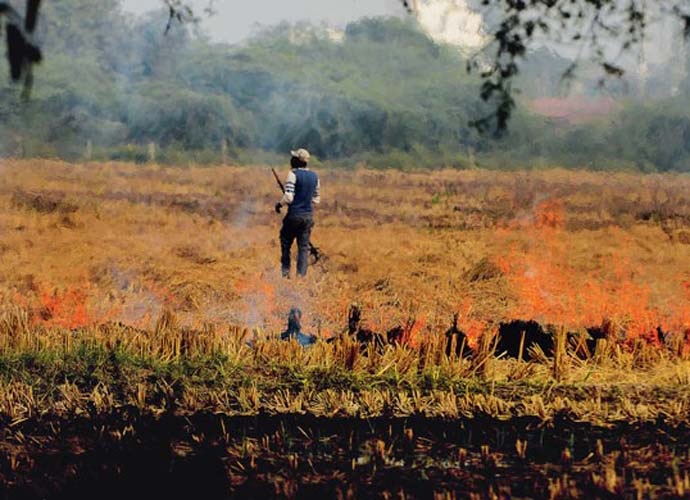 Delhi chief minister Arvind Kejriwal was quick to say that it is not a problem created by Delhi. He said: "The media is in Delhi so Delhi's situation has been highlighted, but the reality is that from Lahore to Delhi, the entire northern part has become a gas chamber. The increase in the level of PM2.5 is not due to Delhi's local factors but external reasons too."

Even in 2016, Delhi was engulfed in a thick blanket of smog. The main culprit was stubble burning by farmers in Punjab. This year too farmers burnt crop residue in their fields causing the smoke to spread to Delhi. People of Delhi are being forced to inhale poisonous air and suffer for what has taken place in Punjab.

Blaming Punjab for the problem, Kejriwal said that stubble burning by farmers cannot be stopped by coercion but it is the Punjab government that has to find a solution. He further said that he is ready to sit down with his Punjab and Haryana counterparts but it is unfortunate that nobody has the time to sit together and discuss the issue.

My office continuously trying to take time from CMs of Punjab n Haryana for me to meet the two CMs. Its an emergency

Punjab chief minister Capt Amarinder Singh in turn attacked Kejriwal. He said: "Mr Kejriwal is a peculiar person who has views on everything without understanding the situation. There are 20 million tonnes of paddy straw, where do I ask farmers to store it? Mr Kejriwal doesn't understand this problem. The situation is serious but Punjab is helpless as the problem is widespread and the state has no money to compensate farmers for stubble management. It is not a matter of inter-state discussion, that won't help. It requires central government intervention at the earliest."

Share your concern over stubble burning and pollution @ArvindKejriwal, Centre alone can solve the problem given its national implications.

Singh gave flimsy excuses, passed the buck to the Delhi and central governments and also said that the state has no money for stubble management. It remains a paradox as to how the state has money to give farm loan waivers to the tune of Rs 10,000 crore but has no money to stop the dangerous practice of stubble burning. 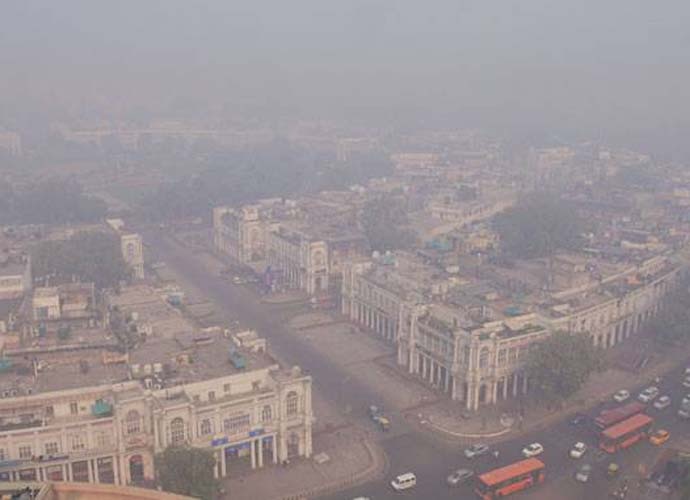 The Delhi High Court has said that stubble burning was the "main villain" behind the severe level of pollution in the capital and the neighbouring areas. Even the NGT has criticised the neighbouring states for not taking action against the practice. Reminding the governments that it is their constitutional duty to provide clean and healthy environment to the people, the NGT observed, "Articles 21 and 48 of the Constitution mandate that it is the responsibility of governments to make sure that citizens get a clean and conducive environment. Right to Life is being snatched from people since they're not getting a clean environment. All the constitutional authorities and statutory bodies measurably failed to perform their duties. As far as pollution is the concern, it is a joint responsibility of all the stakeholders."

Respiratory and breathing problems have increased manifold and hospitals in Delhi are flooded with patients. There is a "health emergency" prevailing in Delhi, but still no concrete initiative by the Central government can be seen. At least Prime Minister Narendra Modi, who lives in Delhi, should have asked his environment minister, Harsh Vardhan, and health minister, JP Nadda, to show their commitment towards tackling the health and medical emergency in Delhi.

Increase in patients with breathing problems

The BJP too indulged in the same blame game. Haryana health minister Anil Vij said, "Arvind Kejriwal is known for his blame game. He wants to prove that Delhi gets polluted during this season only. The problem of pollution persists throughout the year in Delhi. Kejriwal should try to find local causes too. We are educating our farmers about the issue."

Last year, NGT had pulled up Delhi officials for not taking preventive measures to keep the city's ambient air clean, and wondered why helicopters were not used to create artificial rain to control dust pollution. On October 23, the Aam Aadmi Party government had asked the Centre to use choppers for aerial water sprinkling in the national capital to settle the dust particles. Delhi minister, Imran Hussain, had written a letter to Union environment minister Harsh Vardhan to seek his support for the plan. But the central government did not take the request seriously.

It is thus emerges that political parties are playing blame game and politicising an issue that directly affects lives.

Post your comment
#Odd-even rule, #AQI, #Arvind Kejriwal, #Stubble burning
The views and opinions expressed in this article are those of the authors and do not necessarily reflect the official policy or position of DailyO.in or the India Today Group. The writers are solely responsible for any claims arising out of the contents of this article.