The deafening echo chamber: Why it's vital to open up areas of discussion to those who disagree

The voice at the other end of the telephone line was quietly professional. "We'd like you to speak at the opening session of our conference."

I discovered, as the conversation progressed, that the conference was a perfectly respectable event with a right-wing slant. "Please invite left-wing intellectuals," I urged. "Don't make this an echo chamber where people with similar views speak to one another." 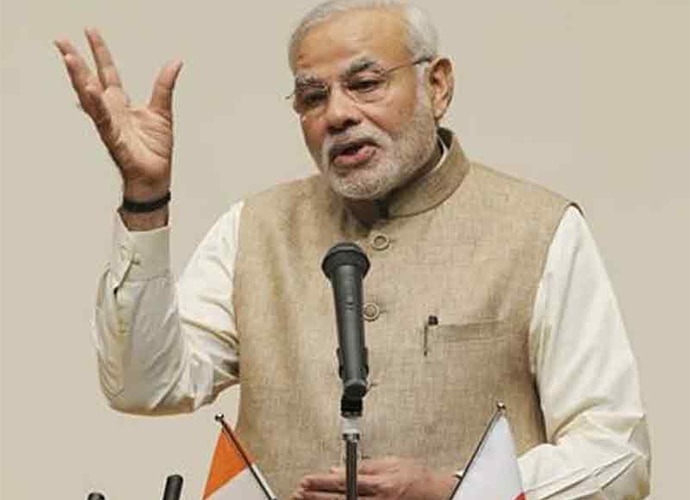 As politics gets more polarised, the echo chamber closes up on itself. (Photo: Associated Press)

"But they refuse to come," the organiser lamented. She continued despairingly: "When a well-known left-wing consulting editor of a leading broadsheet newspaper heard that she was on the same panel as a US-based right-wing academic, she cancelled on the morning of the conference. That's how bad the situation is."

The echo chamber syndrome has lowered the standard of debate on television. At book launches, you can tell who will be present based on the author's views. If there's an Arun Shourie around, you can be sure there'll also be BJP rebel Yashwant Sinha, a retinue of loyalist Congress leaders and a group of left-wing journalists and JNU activists. The same applies to the launch of a book by a Narendra Modi or BJP supporter. Saffron will be the colour of choice in the echo chamber.

On social media, people unfriend or unfollow one another over political differences. When Congress president Rahul Gandhi said several years ago that power was poison, he was right. Indian politics has been injected with poison and as the 2019 Lok Sabha election draws near, the malignancy is increasingly visible in mainstream media. An analysis of TimesNow and Republic TV's coverage of Rahul Gandhi, for example, would reveal a large negative bias. At the other end of the spectrum, coverage of the BJP government and Prime Minister Narendra Modi by NDTV would show an equally sharp negative bias.

Print journalists haven't remained unaffected. The big newspapers tend to be as neutral as possible - but ideological prejudice bubbles just beneath the surface.

The affliction is global.

As politics gets more polarised, the echo chamber closes up on itself. When there is no exchange of views, the discourse suffers first and most.

Prime Minister Modi has worked harder than many of his predecessors to implement innovative welfare and infrastructure schemes. But he has erred by not engaging with the media interactively. When he has granted interviews, it has been to friendly channels that echo his views. Being enclosed in an echo chamber, the cut-and-thrust of an interview is blunted. When there is no exchange of views, the discourse suffers first and most. (Photo: Twitter/INC)

Modi regards the Indian media as hostile to him. That isn't strictly true. Leading newspapers give him largely uncritical coverage. But a significant section of print and broadcast media (The Telegraph, The Hindu and NDTV, for example) as well as a plethora of left-leaning websites (The Wire, Scroll and AltNews among others) redress the balance with strong, often relentless criticism.

The polarisation is so complete that at journalist Karan Thapar's book launch last week, it appeared a Congress and Left summit was in progress with UPA allies scattered around, awaiting the arrival of Congress president Rahul Gandhi to address this echo chamber. Rahul, of course, wouldn't be caught dead speaking at the book launch of, for example, Bibek Debroy who has translated 12 volumes of the Mahabharata from Sanskrit to English, a task slightly more difficult than writing a gossipy memoir.

As columnist Malavika Sangghvi wrote in The Hindustan Times: "Wednesday evening's launch of Karan Thapar's Devil's Advocate at a Delhi five-star was a gathering of the tribe with former PM Dr Manmohan Singh and former CM Sheila Dikshit, along with a host of Congress leaders, in attendance to hear Rahul Gandhi's address. It was a little like the ghost of Times Past — a Lutyens' love fest for all those people who'd sat it out patiently in the Opposition praying that their supreme leader would get 'woke' soon! And lo and behold after his Lok Sabha 'speech-and-hug' double whammy, Gandhi appears to be 'woke' enough. As for Thapar's book, our Delhi source was dismissive. Like a Doon School essay, he sniffed. 'Full of Pinky Bhutto this and Pinky Bhutto that'. Thapar, as he has often reminded us, shared his Oxbridge years with the late Benazir Bhutto."

The right-wing must bear much of the blame as well. The annual India Conclave organised by the India Foundation is the ultimate echo chamber. Held in Goa every year, I resisted attending for several years but was persuaded last December to take part in a panel discussion. Well-organised though it was, the right-wing echo chamber was self-defeating. My entreaty that even left-wing guests from JNU should be invited was met with a shrug.

Also read: Sushma Swaraj vs Rahul Gandhi - Who is telling the truth about Doklam?