If elephants are to survive, much more intensive habitat management is needed.

I remember the first elephant I touched.

It was finely textured but smooth, and as I ran my hands over it, I marvelled at that strange appendage that made the elephant unlike any other animal — the long, tactile trunk. Strange and yet so familiar to those who grew up in India. Familiar because elephants are in the drawing rooms, temples, saree borders and verandahs of this country; my very first elephant was a teak-and-mother-of-pearl figure that fit in the palm of my hand. 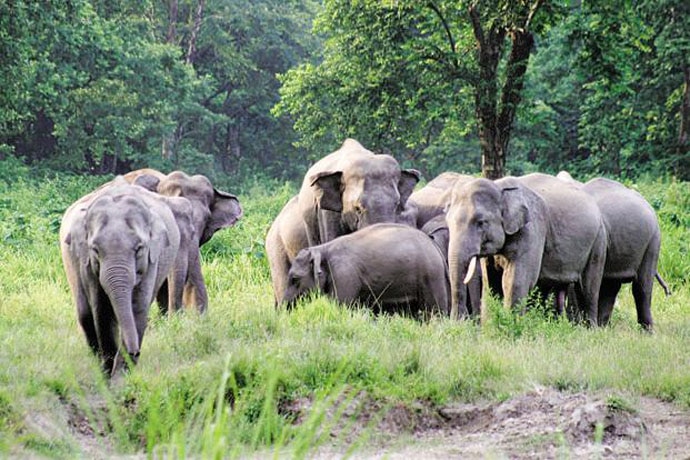 Elephants may appear strange to people in some countries, but in India, they are everywhere. (Source: Reuters)

I also remember the boundaries I was taught at that age. The big, main road was a boundary I couldn’t cross. Jogging parks at night were a gendered boundary I was told not to race across. Buildings with high walls, sprinkled with glass shards or barb wires were boundaries I didn’t even want to cross. The home was also full of filial boundaries, circumscribed in the mind — no loud voices, no swearing, no television.

When one thinks of elephants today, many similar boundaries have been crossed. Elephants are now often surrounded by high, screaming voices, swearing at them. They are being lobbed so often by fire bombs that the Supreme Court recently asked West Bengal how it could allow such a practice.

Walls teethed with wire and concrete, fences embellished with nails, and railway lines winding like agents of death bisect the paths of elephants.

The elephant itself is an alternating mass of resolve and desperation, flinging itself at these boundaries, month after month.

Sometimes these efforts escape both our eyes and our consideration - and sometimes, the elephant impales itself like a crucification.

Since April, 67 elephants have died in Odisha. Recently, an elephant with magnificent tusks was found impaled across a high railway fence it could not cross in Nagarhole, Karnataka. In October, a family of seven elephants — an entire herd—was electrocuted by sagging electric wires in Odisha. Shortly after, two elephants were electrocuted by electric lines in Nagaland. I wrote in 2015 about an elephant calf that died as it smashed its head repeatedly against a wall that had suddenly come up in its passageway in Numaligarh, Assam. 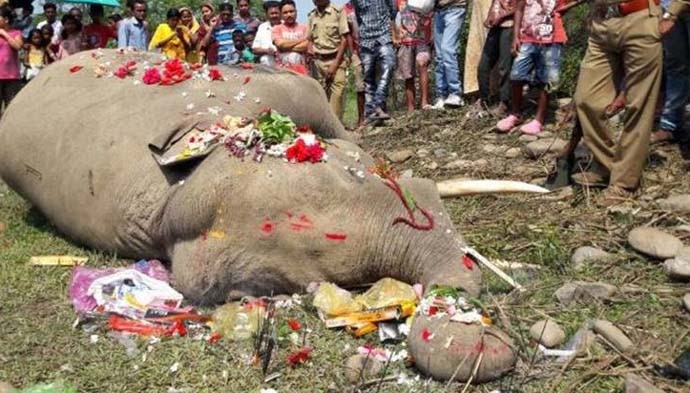 Of the many euphemisms, human language has for animals, one that sticks in both English and Hindi is: being stubborn as a donkey. This is not a compliment — it suggests not just that the animal is stupidly stubborn, but that it is stupid because it is an animal. An ecologically illiterate understanding of an elephant smashing its head on a wall, or attempting unsuccessfully and fatally to scale a fence, would bracket these actions as overwhelming stupidity.

The answers are quite simple. Elephants migrate domestically, remembering paths between and within states to meet their food and water needs. These routes are not random. Like migratory birds, many of these routes follow patterns of predictability.

Meanwhile, the landscape has changed brutally.

In places in West Bengal, forests have monocultures — single stands of species—which elephants don’t eat. The pachyderms have no choice but to go feed in crop fields - fuelling a tragic, torrid cycle of negative encounters with people.

Railway lines, electric lines, walls and fences have cut up migratory paths and passageway, creating boundaries that did not always exist. 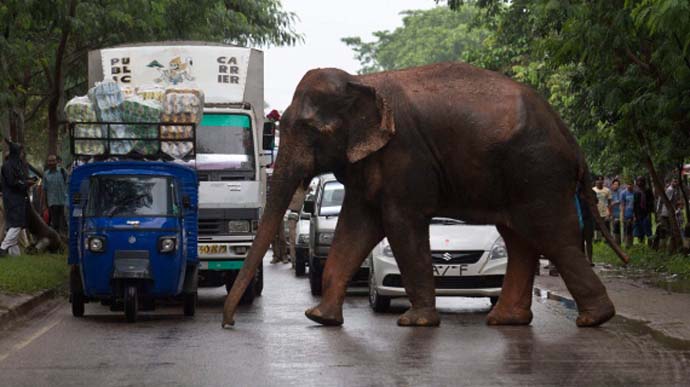 If a young elephant earlier looked at the landscape and thought: forest-fields-people-forest, he may now think forest-food-people-forest. Fields have become sources of food, and elephants are circling desperately in fenced areas without ways out.

The first real wild elephant I saw was in a tiger reserve; strange, yet reminiscent of the little drawing room figurine.

Leading her herd, the elephant seemed larger than the forest itself. As smaller animals, we seem to have genetic memories of fear towards larger animals. Thus, when a wild elephant walks towards you, you will feel your shoulders prickle. The animal seems to glide rather than lumber, yet it seems like the end of the world. An unpleasant sensation will claw at your stomach, and as you begin to process what is happening, you may feel covered in a flood of exclamation points in the otherwise calm ellipsis of life.

Ideally, we shouldn’t be too close to large wild animals.

Yet, as we continue to alter the landscape, humans and elephants chafe together, grinding into mutual tragedies. People tolerate crop losses and casualties, and elephants tolerate disturbances, mobs and burning.

By all yardsticks, the tragic tone of the encounters is reaching a crescendo.

In 2013, photographer Biplab Hazra took a series of heartbreaking photos in Bishnupur, West Bengal, that showed an elephant calf trying to cross a railway line, being led by its mother. The young elephant hesitates before getting down on the track from the platform - it is too slight to easily get down. It does not have the opposable thumbs of a boy or a girl to skip nimbly down and scale the height again.

“If the Birsa Munda railway station was built 100 metres away, the elephant corridor would not have been affected,” Hazra told Conde Nast Traveller. “I’m a small man. I feel helpless.”

Cut to 2018, and the same scenes repeat themselves. A crowd has gathered around an elephant trying to cross a railway track in Jharkhand. A young forester, Shailendra Kumar, looks at the animal with annoyance, asking why it had to come to a railway track. Couldn’t it have gone elsewhere? Yet the forester realises all the elephant is trying to do is cross yet another boundary that now bites into its habitat. After it crosses the railway line, it has to cross a National Highway. This time, the officer assists the elephant to cross; he diverts vehicular traffic till the animal passes. And he comes away in admiration of the elephant’s calmness and patience.

But patience can be a fickle friend when everything is transforming.

If elephants are to survive, much more intensive habitat management is needed. If we expect elephants to stick to corridors, forests, protected areas and other ‘green areas’ we need to ensure they have enough to eat. Providing the right food sources in these places will be essential. Drawing a line on the ground, and securing that line by giving it a respectable home in governmental files, does not validate it in the eyes of the elephant, who is driven by the need to survive. Instead, we need to look at the area through the eyes of an elephant. 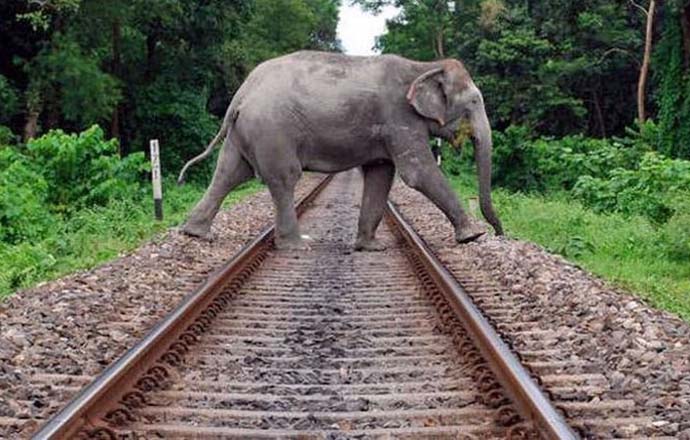 We need to provide elephants with alternate pathways. (Source: PTI)

Where and how can alternate passageways be provided, and how we can make food available are things we — not the elephants — need to figure out.

We use our thumbs and palms to scale railway platforms better than elephant calves. We break down walls with agitations when we have to. We negotiate our ways between occasional swearing, shouting confrontations with other people. We draw bloody lines of railway tracks, roads and fences in the dust, inaugurating little-used railway stations catering to coal mines where there was once forest. There is no superiority left to prove.

The thing left to prove is how we can plan and provide better — to create a world for both human and elephant.

Also read: Why India's elephants are dying on its railway tracks

#Habitat degradation, #Wildlife, #Elephant corridor, #Elephants
The views and opinions expressed in this article are those of the authors and do not necessarily reflect the official policy or position of DailyO.in or the India Today Group. The writers are solely responsible for any claims arising out of the contents of this article.