The police and the judiciary must treat every citizen equally.

Indians treat movie stars like demigods, literally worshipping them, building temples for them and anointing their effigies with milk and honey. So, it only follows that an actor must play god off-screen. Or, at least, he must respect the halo which his fans bestow upon him. But in recent years, stars have behaved most scandalously.

It was the turn of the Malayalam actor, Fahadh Faasil, this time around. He was arrested by the Thiruvananthapuram Crime Branch on Monday (December 25), questioned for two hours and released on bail. Faasil stands accused of using fake documents to register his super luxury cars in Puducherry allegedly with the intention of avoiding the steep taxes in Kerala. What I find unpardonable is that Faasil knew he was committing a crime because he had got an anticipatory bail from the district court in Kerala's Alappuzha, known for its beautiful backwaters and luxurious houseboats.

Interestingly, Faasil has company. Earlier, Malayalam actor and Rajya Sabha member, Suresh Gopi, had also been arrested for a similar misdemeanour. Tamil actress Amala Paul also faces the same charge, and will have to be appear before investigators on January 5. She too has armed herself with a preventive bail.

Paul must also have been aware that what she is doing is against the law of the land. Otherwise, why would she have resorted to the desperate act of securing an anticipatory bail? It is a sad thing that India is fast becoming a country where the rich and the famous harbour the belief that they have the right to break rules with impunity. I feel that the authorities too tend to get awed and even intimidated by star power. They would probably treat an Amitabh Bachchan or a Shah Rukh Khan or a Vijay or a Faasil with uncalled for reverence - a treatment that you and I would not be accorded. Can I evade taxes on a luxury car and hope to walk out of a police station in a couple of hours? You bet, it would be very difficult. But a Faasil could. And so too, Jai, a Tamil actor.

In October, I had written in these columns about him. "I was saddened to read that well-known Tamil actor Jai (with films such as Idhu Namma Aalu and Enakku Vaaitha Adimaigal in his kitty) was let off lightly by a Chennai court after a drink driving misdemeanour. On September 21, he was booked for driving under the influence of alcohol and crashing it into a road divider. He was asked to appear before a magistrate, which he failed to do. So, a non-bailable warrant was issued against him. Jai then came to the court, where his driving licence was suspended for six months and he was told to pay a fine of Rs 5,000.

Going by media reports, the police were seemingly unhappy with this light penalty because they had informed the court that this was the second time Jai was caught driving in an inebriated state. 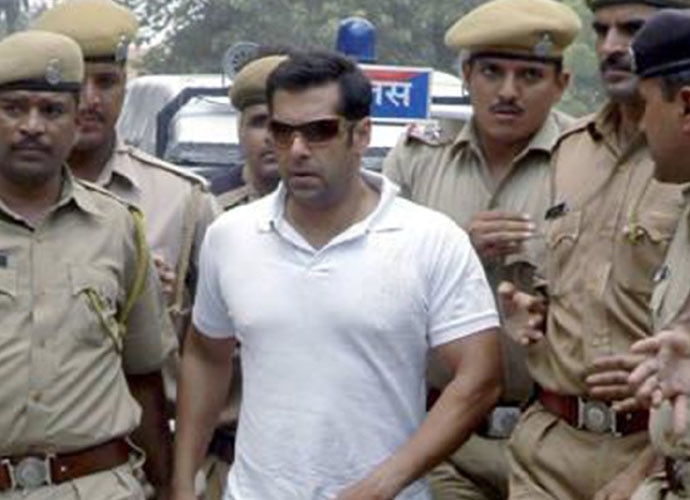 Salman Khan has somehow managed to wriggle out of a legal sentence after reportedly running over Mumbai's pavement dwellers.

But the case that walks away with the cake is that of Bollywood star Salman Khan, who has somehow managed to wriggle out of a legal sentence after reportedly running over Mumbai's pavement dwellers in a drunk state, killing one man and maiming some others.

I think it is high time that the police and the judiciary made it a point to treat every citizen equally.

But in India, celebrities and politicians and even rich men appear to be above the law, often escaping punishment or getting away with lighter sentences.

Honestly, Faasil is a wonderful actor. He is extremely talented and so he must be all the more careful to keep his reputation intact. There is no point in trying to save a few lakhs at the cost of one's public image? A blemish of this kind sticks, Mr Faasil.

#Tamil film industry, #Salman Khan, #Fahadh Faasil, #Tax Evasion
The views and opinions expressed in this article are those of the authors and do not necessarily reflect the official policy or position of DailyO.in or the India Today Group. The writers are solely responsible for any claims arising out of the contents of this article.