Why the new Kapil Sharma show is worse

He used to body-shame Kiku Sharda for fun. He is still doing the same.

When comedian Kapil Sharma said there is nothing new on his show, he meant it as a joke. But it turned out to be the best description for Family Time With Kapil Sharma, which marked Kapil’s comeback to television after almost a year. He was not missing from news as he kept his fans guessing about what he was up to, following it up with a Twitter battle with former co-comedian Sunil Grover.

But Kapil made his official TV comeback on March 25.

Shift to game and prizes, not comedy

Kapil’s claim to fame is comedy, though he has tried to do different roles in his Bollywood ventures. He has hosted shows, including Filmfare Awards, 2013. But he is not just any other presenter, definitely not in a show that bears his name. But Family Time With Kapil Sharma is essentially a game show where families will play with each other and there are lots of prizes, including dinner sets, phones, washing machines and even a car. And to get these, the live audience has to answer some riddles, do some fun activities and that’s all.

While this game is on, Kapil will interact with the families and his guests, and will crack jokes. But the format didn’t go down well with the viewers.

Has the old team taken the charm away?

Kapil Sharma’s success was born out of The Great Indian Laughter Challenge; he was the winner of the show's third season. From there, he went on to do several shows, and in 2013 launched his own Comedy Nights with Kapil, followed by The Kapil Sharma Show. He made a team comprising Sunil Grover, Navjot Singh Sidhu, Kiku Sharda and Chandan Prabhakar. And his behind-the-camera team included sister duo Preeti and Neeti Simoes. The sisters left Kapil Sharma show last year. They are set to start their new show with Sunil and Bigg Boss11 winner Shilpa Shinde. 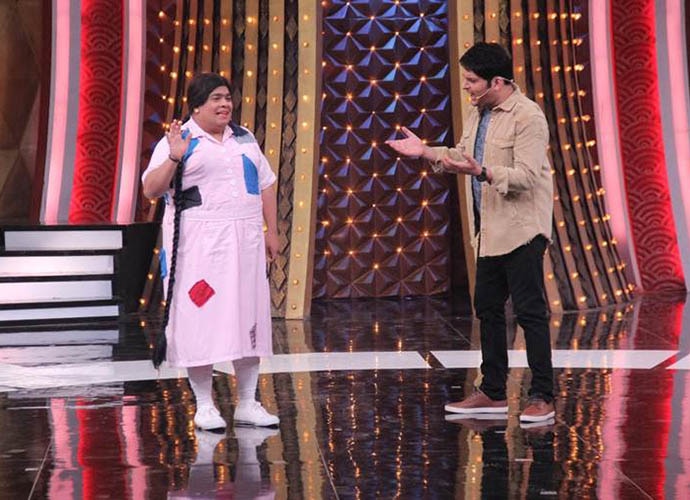 Body shaming is not comedy

There was a time when Kapil Sharma would body-shame Kiku Sharda, and his audience would find the jibes funny. It definitely does not seem "hilarious" now, yet Sharda continues to be body-shamed on the show. And jokes like “if you don’t bring a cake for your girlfriend on cake day or a rose on rose day, she will celebrate kiss day with someone else” fail to amuse the audience. Thankfully.

Too little time: Too many controversies

Kapil Sharma gets targeted too easily. For example, there were reports that he was throwing star tantrums and cancelled a promotional shoot with Tiger Shroff for the latter's new film Baaghi 2. Kapil had to take to Twitter to clarify that the actor was never supposed to shoot with Kapil.

When tweets are funnier than Kapil's jokes

However, some reactions on Twitter were funnier and more entertaining than Kapil and his show.

Disappointing..... this is what we r getting in the name of comedyRT#FamilyTimeWithKapilSharma pic.twitter.com/V4lruDl0fn

For me watching Bahubali 2 for 6th time is more entertaining than #FamilyTimeWithKapilSharma pic.twitter.com/EaqD12kdqY

Also read: Why Kapil Sharma and Sunil Grover need an audience for their fights