Narendra Modi met farmers and their families in Kutch during his Gujarat visit.

Delhi Winter is here but there will be no Winter Session in Delhi this winter. The next session with be the Budget Session and will kick off in January, which is also a winter month. It will be called the Budget Session because that is when the Union Budget will be presented, discussed and passed. That was on expected lines. Unexpected lines were, however, crossed in Karnataka Assembly today.

The cow slaughter bill was to be presented today in the Karnataka Legislative Council. No bill can be passed in the absence of the chairman so the Congress MLAs in the house decided to remove the vice-chairman, SL Dharmegowda, who was seated in the chairman’s chair in the absence of the chairman. The problem for the vice-chairman mounted when BJP MLAs insisted he remain seated. So, Dharmegowda found himself being pushed and pulled by members of both parties even as the members pushed and pulled each other. The Karnataka Assembly vice-chairman being pushed and pulled. (Photo: ANI)

While the BJP called the event shameful, Congress and JD(S) said ‘same to you’ over the cow protection bill. No bill for the protection of the deputy chairman is under consideration, but should be.

In Delhi, the central government said what it has been saying since forever. “We are ready to sit on the negotiating table but the demand to withdraw bills is off the table.”

While protests are on over the laws, work at 1,800 factories at Singhu border in the Greater Kundli Industrial Area has been halted. The units in the area deal with textiles, steel and export materials. Industry bodies peg the daily loss to Rs 35,00,00,00,000.

Farmers have said what they started saying after their demands on MSP were met – all three laws must be removed. Till that happens, farmers say they will stay on Delhi borders. Prime Minister Narendra Modi is attempting an outreach to farmers on Delhi borders from Kutch today. Modi is in Kutch to inaugurate a series of projects including a desalination plant and will also meet some Sikh farmers there and discuss the farms laws. Ek Kutch, do kaaj. Meanwhile, a day after fasting for farmers protesting in Delhi, Delhi CM Arvind Kejriwal has declared the Aam Aadmi Party will be contesting the 2022 UP assembly elections. Kejriwal says the decision follows suggestions from people in UP. He said, if elected to power, he will ensure people from UP do not have to look to Delhi for healthcare, education and other amenities.

Talking of healthcare, nurses at Delhi’s All India Institute of Medical Sciences (AIIMS) have refused to join work till their demand of better salaries is met. When did they go off work? About 5,000 nurses at AIIMS went on strike yesterday.

Talking of nurses, ICU nurse Sandra Lindsay was the first person in New York and among the first people in the US to get the Pfizer-BioNTech Covid-19 vaccine. Lindsay said she trusts the vaccine because it is a product of science but what she doesn’t trust is the coronavirus “because I don't know how it will affect me and the people around me that I could potentially transfer the virus to”. Lindsay, as a nurse, must have seen enough cases to know how dangerous the virus can be. Sandra Lindsay has been given the Pfizer vaccine in New York. (Photo: Reuters)

But do you know where the word nurse comes from? Nurse, the Word Of The Day, comes from Latin word nutrire, which means to suckle, referring to a wet-nurse, a woman who breastfeeds and cares for another's child.

In the late 16th century, nurse attained its modern meaning of a person who cares for the sick.

King Ashoka erected a series of pillars. These pillars included an edict ordering hospitals to be built along the routes taken by travellers. You see, travelling back then wasn’t as easy as it is now. But the wanderlust still made travellers out of normal people. Of these hospitals, the edict said, “Whenever there is no provision of drugs, medical roots, and herbs, they are to be supplied, and skilful physicians appointed at the expense of the state to administer them.” Around 100 BCE, the Charaka Samhita was written in India. It said good medical practice requires a patient, physician, nurse, and medicines, with the nurse required to be knowledgeable, skilled at preparing formulations and dosage, sympathetic towards everyone, and clean.

Since we are talking nurses and hospitals, let us tell you former West Bengal Chief Minister Buddhadeb Bhattacharjee was discharged from hospital today, nearly a week after being admitted for breathing troubles.

Meanwhile, Bengal TMC leader Suvendu Adhikari, who is set to quit TMC and join BJP, said he was attacked 11 times in the recent past. He promised to talk more about it soon. We guess he would do the talking after changing boats. Once he does that, it is being speculated he would be given Z-plus security. One Adhikari can get BJP two more Adhikaris – Sisir (father) and Dibyendu (brother) – both MPs from Bengal.

The BJP, meanwhile, has called the law and order situation in Bengal worse than Kashmir. The party has written a letter to the Election Commission and requested early deployment of central forces in the state ahead of the 2021 assembly election.

Talking of law and order, we want to take you back in time to tell the tale of how Sardar Vallabhbhai Patel once busted fake news when the law and order situation across the country was in tatters. Why Sardar Patel today? It happens to be his death anniversary.

So, Sardar Patel was the Home Minister when riots broke out in India because of the Partition. Violence rocked Delhi too. Even though there was no social media to fan rumours, rumours existed. Rajendra Prasad, who became India’s first President, fell victim to one such rumour.

Prasad, then minister for food and agriculture, wrote a letter to Patel saying that a group of Muslims was holding demonstrations in Karol Bagh. The letter said the situation was “extremely explosive and the non-Muslims in that area, who are in minority, are very apprehensive of an attack”. 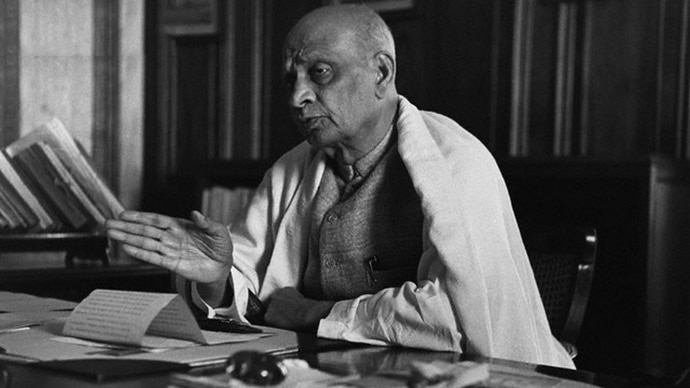 Patel checked on the information, instead of just believing what an esteemed colleague had to say. In his reply, Patel said, “You will notice that the attacks have been almost all one-sided and the aggressors have been Hindus or Sikhs. This seems sufficient to disprove the fears entertained by Hindus and reported to you.”

Correct information can solve problems. But all information went missing yesterday when Google went down. When it got back up, people started googling why it went down. If you were not among those, we want to tell you that Google ran out of storage and so it crashed.

Meanwhile, IIT-Madras has also explained how and why it turned into a Covid-19 cluster with 183 cases – and counting. Following the episode, Tamil Nadu CM Edapaddi K Palaniswami has ordered district collectors to closely monitor other colleges and universities. The letter issued by IIM-Madras.

Take the pandemic seriously. Stay away from clusters and places that have the potential to turn into clusters. Stay by yourself if you have to. And if you want company in the staying-by-yourself phase, we recommend The New Wilderness by Diane Cook. The novel is the tale of a mother’s battle to save her daughter in a world ravaged by climate change.

We will leave you thinking about climate change or whatever else you want to be left doing after the thinking is done.

#IIT Madras, #Narendra Modi, #Farm laws, #Farmersprotest
The views and opinions expressed in this article are those of the authors and do not necessarily reflect the official policy or position of DailyO.in or the India Today Group. The writers are solely responsible for any claims arising out of the contents of this article.