Delhi woman beating up man flashing at her is encouraging, but the crowd’s response is gut-wrenching

Not only was she unaided, people even told the woman to let go of the man, whom she held on to, alone, till the police came.

A woman on a Delhi cluster bus beat up a man who flashed his private parts in front of her. The 39-year-old man, Mukesh Ranjan, was arrested after the woman managed to call the police while still holding on to the sexual pervert. 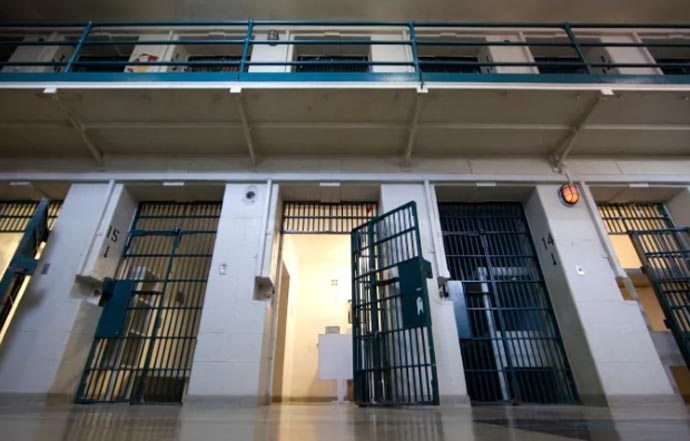 Mukesh Ranjan has been arrested and sent to a 14-day judicial cutody. (Source: Reuters/Photo for representation only)

This is a story of triumph for women considered to be the ‘weaker sex’, unable to match the strength of men. But this is also a story that comes to show us how lonely women are in this fight.

The victim in this case told the media how nobody came to her rescue, even though she cried for help as the man began to harass her. Worse, the people who were on the bus told the woman to let the man go and not hand him over to the police.

According to the police, the accused has been identified as Mukesh Ranjan, who works with an event management company in Vasant Kunj.

Media reports further state the incident happened around 9.30pm on November 20 when the woman boarded a cluster bus from Kapashera. Ranjan, who boarded the bus from Mahipalpur, sat next to the woman and started staring at her. When the woman objected and told Ranjan to stop, he apparently got agitated and started flashing his private parts.

People sat as mute spectators while all this was happening.

Realising that no help was coming her way, the woman slapped Ranjan and beat him up with her slippers.

Since the battery of the victim’s phone had died, she took a phone from a co-passenger to make a call.

The accused made attempts to escape, but the woman held on till the police came. All this happened while people stood and watched the ‘tamasha’.

The incident happened in Andheria Modh area of Chhattarpur.

The statement made by the woman to the media lifts the veil off our own insensitivity when it comes to turning the talks of making the world a safer place for women into reality. 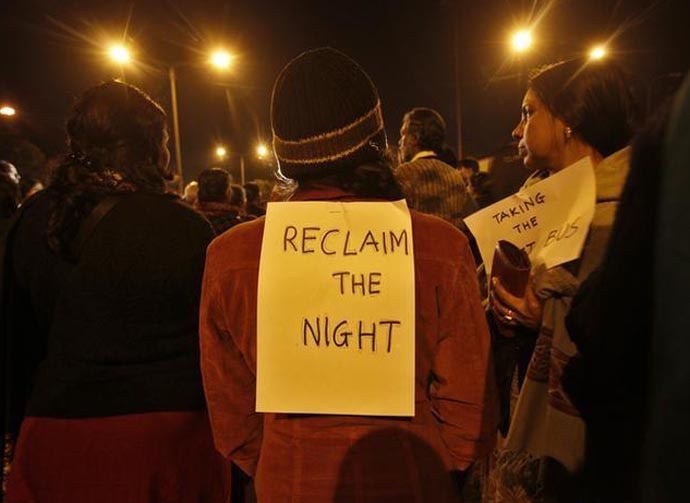 Even after the outrage caused by the 2012 Delhi gangrape, little has changed. Women find it difficult to step out even now after night fall. (Source: Reuters)

The woman said: “I am shocked, and even more stunned at the attitude of co-passengers… Instead of helping me, they asked me to let him go when I called the PCR.”

A bus full of people left the woman all alone to fight her battle on a cold winter night in the national capital of this country — telling us volumes about the coldness of heart and the callous attitude with which we treat women.

Even so, the 'bystander effect' tells us that large crowds are less likely to help people because individuals can escape the guilt by believing that others too didn’t help. The onus to help isn’t exactly or entirely on them.

But how do people who asked the woman to let go of the man justify their action?

There was no imminent threat to anyone because he was a lone, unarmed man who could have been easily taken on by the crowd.

While the woman beating up the man proved that women aren’t weak, the indifference of the people around her has proven society's real commitment to weeding out rape culture. If only people had taken on the accused, it would have sent a message that men can't get away with such behaviour. The message that has instead gone out is — Do what you want to women because nobody cares enough to stop you.

Speaking up against injustice is a responsibility, it is not a choice.

When people refuse to lend a voice to a victim, it takes the victim to shout that much harder to be heard.

Women have nevertheless proven they will speak up (also, beat up) against men who misbehave.

Ranjan has been sent to 14-day judicial custody. But the people who stood and watched and even demanded that the man be allowed to go have a lot to answer for — of course, to their individual selves.

But then, isn’t it so easy to silence our inner selves?

Also read: Man masturbates next to student on Delhi bus: Why does law go easy on creeps?