The government’s Economic Survey 2018 has revealed some startling figures on gender equality.

India has had an exciting few years so far, with strong political movements complementing a robust business sector and an overall national annualised output delivering more than 6.5 per cent growth rate consistently.

However, as we are entering into a very economically promising 2018, awaiting the Union Budget, the government’s annual Economic Survey has revealed a startling figure. There are 21 million “unwanted” girls in India, due to parents favouring having sons instead of daughters. The survey has revealed that many couples had a “son preference” and would keep having children until they had a boy.

Furthermore, the data also estimates that there are 63 million women “missing” from India’s population - with two million being robbed of life from every age group - either blatantly because of sex-selective abortions, or because of disproportionately suffering from disease, neglect, or inadequate nutrition. 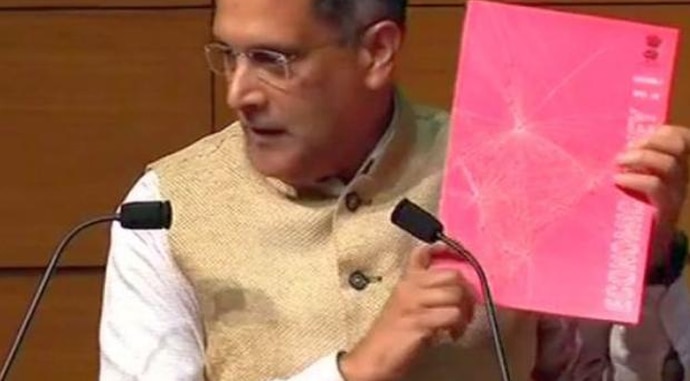 These numbers are not black and white; they are a blatant reflection of the amalgamated social constraints, conditioned so much since birth that they are passed off as a norm. The preference for boys over girls is also a reinforcement of age old ideology - that men hold value while women are a responsibility. Such a norm has maintained the state of political and cultural hegemony, as mindsets have been framed to accept the class brackets, generation after generation.

Finally these figures, though appalling, isn’t something contained within the walls of India. While the problem of selective gender preference has skewed India’s sex ratio, this particular issue is a cog working in tandem with the larger framework of a mechanism, as old as time itself, and churning out ideology whose footprints have treaded across the length and breadth of this planet.

Right from defining the rights and responsibilities for women, dictating dress codes to adhere to, objectifying them for commercial gains to paying them lesser than their male counterparts, women across the world continue to be subjected to prejudice. Of course, in varying degrees depending on their society and perhaps locality.

For example, the #MeToo campaign, focusing and highlighting the prevalence of sexual victimisation and abuse, emerged out of the hillocks of Hollywood - a place known for being the most progressive and futuristic cultural capital, whose films are consumed and celebrated world over.

That being said, we cannot ignore the ground reality. This is a very powerful mechanism, and the only way to bring this machine down is by removing every cog that contributes to it.

Focusing our attention back to India, the notion of superiority - that men are valuable than women cannot be changed overnight. For generations, this thought process has infiltrated layers and layers of society, rooting into the midst and formulating a personality - girls experiencing it from their parents and going on to becoming mothers and schooling the same to their sons and daughters that "a male holds value and prestige, while a girl is a burden to be married off".

Family as an institution creates an everlasting impression, paving the way for the rest of a person’s life. Undoing generations of conditioning involves changing the thought process and reshaping it to create an inclusive mindset that everybody born in this world is equal, a basic right guaranteed irrespective of gender - female, male or trans.

This problem, however, cannot be approached with a "one-shoe-fits-all" attitude. For example, a girl living in a cosmopolitan city in India, such as Delhi or Bombay, may experience a different kind of discrimination, and the same lens cannot be used to reshape the model for a child in rural Uttar Pradesh. This is where the government comes in, and where we, the population can contribute towards engaging in the micro-levels to identify the problem and contribute to a tailor-specific solution.

The notion that men are superior to women has been the very foundation of  the oldest stone wall in the world to its most modern glass ceiling. It’s time we change this.

The author is CEO and MD of Sterling Media, London.

#Beti Bachao Beti Padhao, #Sexual violence, #Economic Survey, #Gender Equality
The views and opinions expressed in this article are those of the authors and do not necessarily reflect the official policy or position of DailyO.in or the India Today Group. The writers are solely responsible for any claims arising out of the contents of this article.

The author is CEO and MD of Sterling Media, London.