General Rawat doesn’t want homosexuality in the Indian Army: He should look at other nations that have allowed it

There is no data to suggest that homosexuals in an army can adversely impact its valour or morale. The experience of various countries shows Armed Forces actually benefit from leaving soldiers’ personal lives alone.

“And if there were only some way of contriving that a state or an army should be made up of lovers and their loves, they would be the very best governors of their own city . . . and when fighting at one another’s side, although merely a handful, they would overcome all men.”

- Plato in The Symposium

The world has come a long way since ancient times, when homosexuality was considered natural in the armies of Sparta, Greece, Japan and the great Roman legions.

On January 10, 2019, General Rawat, Chief of the Indian Army, was asked in his annual press conference how the decriminalisation of homosexuality by the Supreme Court would impact the Army. When General Rawat replied that gays were not acceptable in the army, he was echoing the sentiments of the top brass in armies across the world. With his statement, General Rawat was expressing the discomfort shared by military top brass in many countries. (Photo: PTI/file)

“Aap logon me chalega to chalne do. Humare yahan nahi chalega (It can happen with you people, but we will not allow this to happen in the army.) In the army LGBT issues... are not acceptable. We will still be dealing with them under various sections of the Army Act…We are not above the country’s law but when you join the Indian Army, some of the rights and privileges you enjoy are not what we have. Some things are different for us, but we are certainly not above the Supreme Court,” General Rawat said.

Though the Armed Forces Act does not mention homosexuality, it is illegal under the Army Act, 1950, and the Air Force Act, 1950, which deal with “unbecoming conduct” and “any disgraceful conduct of a cruel, indecent or unnatural kind.”

In spite of resistance all along the way, Armed Forces around the world are slowly coming to terms with changing realities.

In 1992, the Paul Keating government in Australia lifted the ban on gays and lesbians serving in the Australian Defence Forces.

In September 2011, President Barack Obama hailed the end of the policy banning gays from serving openly in the US Armed Forces, as the Pentagon vowed “zero tolerance” for harassment of homosexuals in the military. “Today, the discriminatory law known as ‘Don’t Ask, Don’t Tell’ is finally and formally repealed,” Obama said in a statement. “As of today, patriotic Americans in uniform will no longer have to lie about who they are in order to serve the country they love.”

‘Don’t ask, don’t tell’ (DADT) was the official United States policy on military service by gays, bisexuals, and lesbians, instituted by the Clinton Administration on February 28, 1994.

The policy prohibited military personnel from discriminating against or harassing closeted homosexual or bisexual service members or applicants, while barring openly gay, lesbian, or bisexual persons from military service. Barack Obama had hailed the end of the policy banning homosexuals from serving openly in the US Armed Forces. (Photo: Reuters/file)

On January 12, 2000, the long-standing ban on homosexuals in the UK Armed Forces was finally lifted in a historic move forced on the government by the European Court of Human Rights. Though the move was hailed by gay campaigners, it was very reluctantly accepted by military higher-ups.

Yet, there were sympathetic voices too.

According to Colonel Mark Abraham, British Army, “A lot of gay and lesbian soldiers who were in the army before the ban was lifted reported that a percentage of their efforts was spent looking over their shoulder and ensuring they weren’t going to be caught. That percentage of time can now be devoted to work and their home life, so actually they are more effective than they were before.”

In India, after the Supreme Court verdict on Section 377, the Army legal wing examined the landmark judgment, its implications, and how it was relevant for the Army.

The highest legal officer of the Army, Major General Nilendra Kumar, former Army Judge Advocate General (JAG), said, “The Army Act is a separate act altogether and homosexuality is an offence under Section 46, which deals with unbecoming conduct…The Supreme Court did not have the occasion to examine Section 46 of the Army Act or similar sections in the Air Force and Navy Acts. Therefore, that law is very much on the book and has not been tempered or amended by the Supreme Court.”

On February 2014, the first-ever global ranking of countries by inclusion of LGBT and transgender personnel in the Armed Forces, brought out by the Hague Centre for Strategic Studies, ranked more than 100 Armed Forces.

At the moment, the Indian Armed Forces are among the least gay-friendly in the world, while Britain’s military is the second most homosexuality-friendly.

According to the survey, India is in the last half of the list, recording only 34 out of 100 in its LGBT score. New Zealand’s military, found to be the most gay-friendly in the world, scored 100. The Indian Army is among the least friendly in the world to LGBTQ personnel. (Photo: PTI/file)

If General Rawat is making a case for morality, that is not worth discussing, as he himself says, “We are not modern…we  are not westernised…we shall see what happens twenty years later” (though one suspects that is an optimistic estimate, considering how fast the winds of change are blowing).

However, if he is concerned about the deterioration of morale and the deleterious effect it would have on the combat capability of the army, that is well worth examining.

In UK, at the heart of the new code that overturned the ban, was what the ministry of defence called the “service test”. This was set out in the form of a question: “Have the actions or behavior of an individual adversely impacted on or are they likely to impact on the efficiency or operational effectiveness of the service?”

Prior to this action, the Armed Forces and Guidelines on Homosexuality claimed that  a ‘homosexual lifestyle’ was incompatible with military life, because of the close physical conditions in which personnel often have to live and work. It added that homosexual behavior can “cause offense, polarise relationships, induce ill discipline and damage morale and unit effectiveness.”

It is essentially this apprehension that has been common to all Armed Forces the world.  The 1981 US military policy stating that “homosexuality is incompatible with military service” was based on the premise that a gay military member’s presence “adversely affects the ability of the Military Services to maintain discipline, good order, and morale.” Congress codified this unit cohesion–based argument in the Don’t Ask, Don’t Tell law of 1993. The 'Don't Ask, Don't Tell' policy was concerned about the effect the presence of homosexuals would have on the unit's morale. (Photo: Twitter)

The 1981 policy also raises concerns about the military’s ability to “recruit and retain members of the Armed Force” if gay individuals were allowed to serve. And in 1993, the debate also highlighted health issues, specifically HIV/AIDS and the safety of blood supply.

No study has been carried out in India on LGBT practices in the army as it is a taboo, not to be even discussed or entertained.

But in other countries, such studies have been carried out.

Researchers of the RAND Center for Military Health Policy Research “found themselves unpopular in the eyes of some US military leaders” when they submitted their first report on homosexuals in the military in 1993. Their conclusions — both in USA and European countries — declaring that sexual orientation was “not germane” to military readiness and characterising the issue as one of conduct rather than orientation were contrary to what the Pentagon had expected. An Israeli soldier at a gay pride parade in Jerusalem. This is one battle that has been uphill for soldiers across the world. (Photo: Baz Ratner/Reuters)

“What is important is shared commitment to the unit’s task-related goals. Personal trust in one’s comrades is distinct from personal liking, and professionals can develop this kind of trust rapidly in intense performance situations. Cohesion in combat stems not from preconceived, shared values and attitudes but rather from the shared dedication to the mission.”

Military environments have traditionally been associated with dominance, aggression, physical strength, and risking one’s life. These characteristics have been viewed as principally masculine attributes. No scientific evidence has been produced as yet to suggest that homosexual, bisexual, and transgender individuals are necessarily less capable of providing the skills and attributes that militaries require. 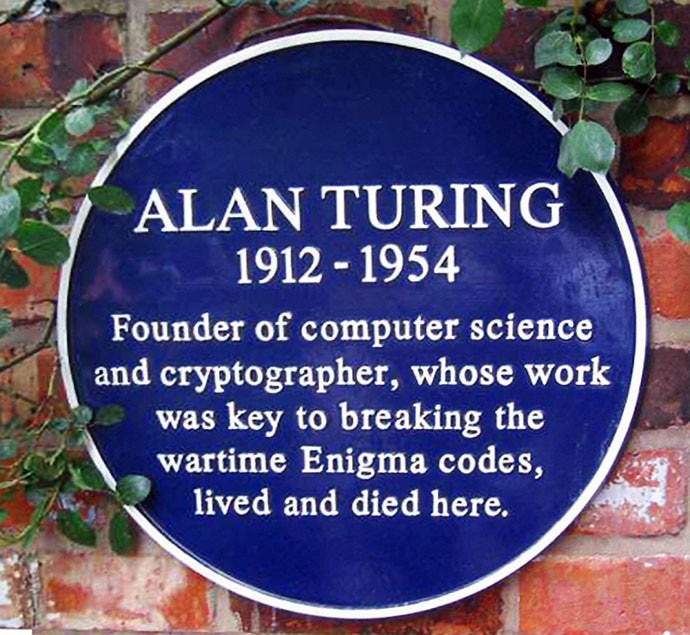 Alan Turing cracked the Enigma Code during WWII, but had to commit suicide because he was shamed for his sexuality. (Photo: Wikimedia Commons)

One remembers Alan Turing, a homosexual, who cracked the Enigma Code during WWII, which achievement was instrumental in the Allies winning the war against Nazi Germany. The only reward he received was public shaming for his sexual orientation — which led him to commit suicide.

LGBT participation in the Armed Forces is a matter of justice, equality, and human rights. If people are willing to serve their country, then they deserve to be recognised for who they are.

Whether in war or in peace, the personal and collective identities of human beings run far deeper than the sabre-rattling displays of military machismo.

#Army, #Supreme Court, #Homosexuality, #General Bipin Rawat
The views and opinions expressed in this article are those of the authors and do not necessarily reflect the official policy or position of DailyO.in or the India Today Group. The writers are solely responsible for any claims arising out of the contents of this article.