The shock that Indians received seeing Deepika Chikhalia in short clothes is now experienced by Pakistanis who see Esra Bilgiç in a two-piece, fixing her hair in the open, on the beach.

Pakistanis are distraught to discover Halima baji wears a bikini and poses in short clothes. Some are pleading Her Hotness Esra Bilgiç, an actor, to behave like a good Muslim woman. If this sounds astaghfar-fetched, go check out the Turkish actress's Instagram account.

Many Pakistanis have and they can't unsee the legendary Halima Sultana, the mother of the Ottoman Empire, posing in a bra. Astaghfirullah or Allah maaf karein, you see, they just discovered a collective feeling of belonging to a Turkish heroine from a legend. The legend, Dirilis: Ertugrul, dubbed in Urdu as Ertugrul Ghazi, currently playing on PTV, as a lockdown special series.

Midnight’s Children, as they say, separated at birth. But Indians have been there, done that. People of vintage would remember how Arun Govil and Deepika Chikhalia were treated as the real Ram-Sita couple in India when Ramayan fever gripped the DD-addled nation. People would wash the TV room and light incense sticks before the episodes started. The roads looked like they were put under a voluntary lockdown. Every household was glued to the TV. Arun Govil, who played Ram, would have people, even elders, touching his feet and Deepika (Sita) rode the popularity chariot to Lok Sabha. And, yes, India was horrified to discover Deepika exposed her body in B-grade films and Govil did non-Ram-like roles. That they were human, not divine, was a shock.

As a lockdown special, Ramayan is back on Doordarshan and once again it’s creating viewership records. But Indians are all too wise to fall for the divinity of Deepika or Arun Govil the second time. Not so for Pakistan though. This is their first time.

Pakistan men having a meltdown at esbilgic (Halima Sultan from Ertugul) posting a picture because Astaghfirullah Halima baji ???? pic.twitter.com/sFblUu5Bw1

Pakistanis are emotionally shattered by the behaviour of Esra Bilgiç and are asking her why so sexy. Pakistanis have been searching for her on Google and discovering that she is a model and actor, not really Halima Khatun, the woman of a Turkish legend, the wife of Ertugrul Ghazi she plays in Dirilis: Ertugrul. 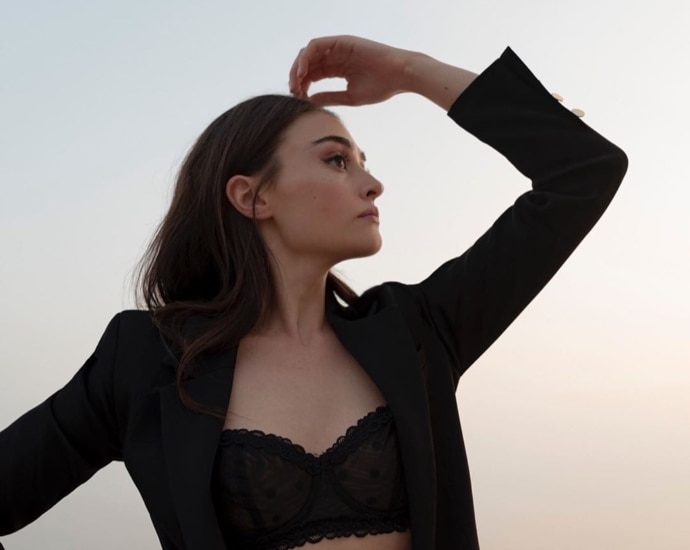 Halima Khatun (Halime Hatun as the Turks pronounce) is the wife of Ertugrul and mother of Usman I who went on to found the Usmania dynasty, or the Ottoman dynasty. There are conflicting theories about her existence but the general agreement is that she birthed the Ottoman founder and was the beloved wife of Ertugrul, a legendary warrior who fought for Islam, hence given the title Ghazi.

She has suddenly become Pakistan’s own: baji. Baji/baaji is an honorific for an elder sister. Now imagine the horror of an honour-killing society to see the baji of the pious kissing a man on the lips on camera. She does that in the current Turkish thriller Ramo. This is why the astaghfirullah, seeking forgiveness from Allah. To top that, it’s all happening in the holy month.

Man with no past

Pakistanis have a peculiar problem. They have very few historical figures for inspiration. Pakistan itself has a history shorter than Bata, and it can’t acknowledge India’s history as its own. They looked towards Arabia and the history of Arabia is the history of Islam, the greatest hero of which cannot be depicted. Pakistanis are so short of historical heroes that they appropriated as heroes Aghanistan’s Ghori, Ghazanavi, and Abdali who in their own local legends are villains of the worst order. After all, it’s these invaders who dealt the heaviest blows on the local populace when they invaded India to plunder its riches. The landmass that’s today called Pakistan bore the brunt of these invasions by Afghan marauders on their way to Delhi and on the way back to Afghanistan.

Since birth, Pakistan has this sibling rivalry going. In cricket, in nuclear programmes, and finally in democracy too (no coup since Musharraf); one does a thing, the other has to too. Can't make it, then beg, borrow, steal, but do it somehow. India reruns Ramayan and Pakistan finds Ertugrul. Arabs still treat Pakistanis no better even after decades of Arabising the Pakistani culture. So why not Turkofy?

Turkey has been the flavour of late because the Ottoman Empire was the muscular mountaintop of Islam, the basis of Pakistan’s foundation. As Turkey, under the current head Recep Tayyip Erdogan, aspires to re-establish Turkey as the leader of the Muslim world, it has found an ally in Pakistani leader Imran Khan. Turkey, Pakistan and Malaysia recently announced they would have their own international TV channel like al-Jazeera to counter the Arab soft power in the Islamic world. Turkey has had strained ties with the Arabs since the fall of the Ottoman Empire. Since the House of Saud snatched the guardianship of Mecca and Medina, the two holiest shrines of Islam, Saudi Arabia has had a unique advantage in the Islamic community. While Saudis with their oil riches have kept their population from modernising, they have also funded regressive Wahhabi ideology across the Muslim world, especially in poorer countries. Turkey, on the other hand, was modernised by Kemal Ataturk, who imposed and enforced modernity with an iron hand. Recep Tayyip Erdogan, in some measures, has tried to undo a lot of that by Islamising the modern society. So at the moment, Turkey is an ideal society for former playboy prime minister Imran Khan of Pakistan, who wants to modernise Pakistan while playing by the religious rules. Turkey has been modern, but is now playing by the religious rules. The telecast of Ertugrul Ghazi in Urdu has to be seen in that context.

But a large part of that society can’t make out the reel from real. The people of barre-saghir as the subcontinent is called in Urdu are emotional to a fault. The shock that Indians received seeing Deepika Chikhalia in short clothes is now being experienced by Pakistanis who see Esra Bilgiç in a two-piece, fixing her hair in the open, on the beach. Blastolutelyphemous! This is totally unacceptable in a society based on honour. Astaghfirullah, baji, kapade to dhang ke pahnein.

Esra Bilgiç: Hmm...I wonder if he takes me to his place today. pic.twitter.com/oK2NYCKuRw

Talking about Indo-Pak rivalry, India recently began including Gilgit-Baltistan and Muzaffarabad in its national weather forecast bulletins. Gilgit is, after all, part of the Ladakh Union Territory even though Pakistan controls it since it occupied it in 1947. 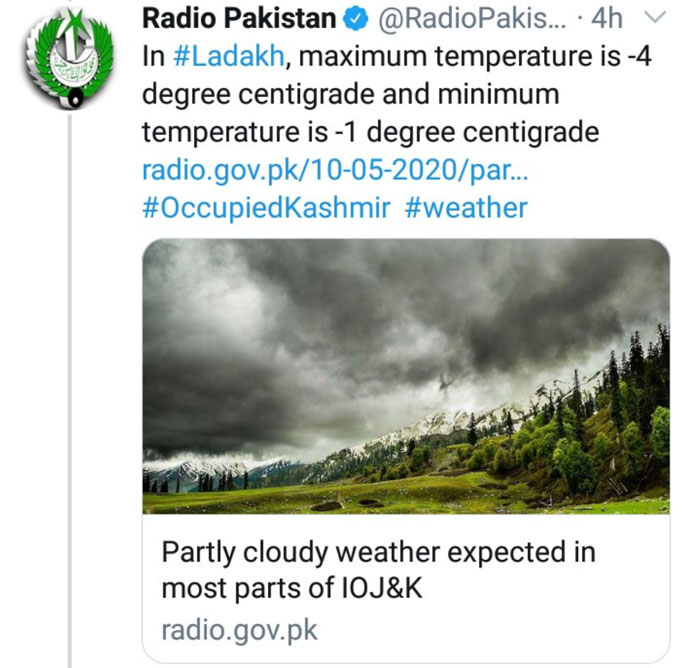 In response, Pakistan began including Leh in its weather forecast. But then to naqal you need aqal. The latest forecast said maximum temperature in Leh will be -4 degrees Celsius and the minimum a -1. That is not how temperatures work! Astaghfirullah, bros, cool down. Ertugrul is a drama series and Esra is just an actor.

Also Read | Jungle Book 2020: The Story of the Magical Bracelet

#Arun govil, #Dirilis: ertugrul, #Esra bilgiç, #Halimabaji
The views and opinions expressed in this article are those of the authors and do not necessarily reflect the official policy or position of DailyO.in or the India Today Group. The writers are solely responsible for any claims arising out of the contents of this article.