Hey BCCI! Let Hardik Pandya play. Feminism is not anti-men - it's a demand for basic equality

Penalising men for being sexist in their professional domain would be a setback to feminism itself. It would also end the open conversations about gender which we are finally having.

Nobody wants to be on the wrong side of a 'moral argument'. Some may even do all the wrong things to appear on the right side of it.

The call from BCCI's Committee of Administrators (COA) chief Vinod Rai, reportedly to impose a two-match ban on all-rounder Hardik Pandya in light of the controversial remarks Pandya made on the TV show Koffee With Karan, is one such wrong move. 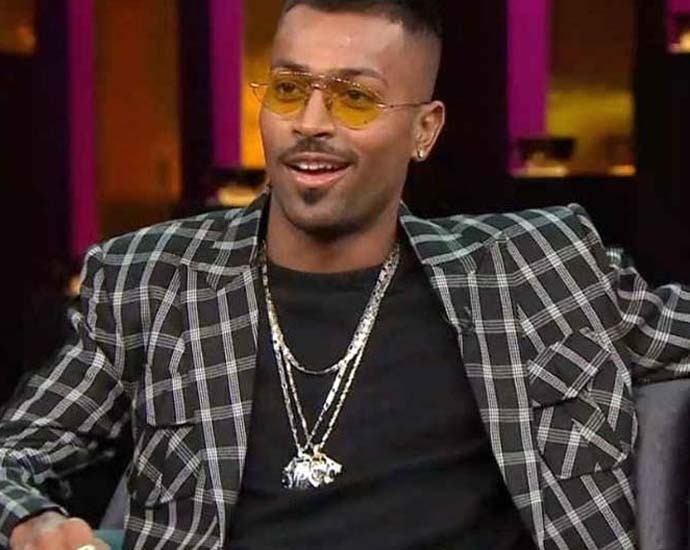 Hardik Pandya on the sets of Koffee with Karan. BCCI has recommended a two-match ban on the cricketer for his comments.

There is no doubt that what Pandya said as a 25-year-old cricketer, bragging about his masculinity, suggests we need a far more nuanced debate in society, on the toxic culture imbued in sexism which turns young men such as Pandya into misogynists. We need to start reflecting over how we are going so horribly wrong in bringing up our boys, and why they are going so terribly wrong when thinking about our girls.

Pandya thought it was cool to say that he doesn’t bother asking the women he meets their names because he is ‘too busy looking at their moves’.

But what Pandya’s candid opening up about his sexism in public has helped to do is initiate a debate on such toxic masculinity.

This should be a golden opportunity to reach out to people and help them understand the problematic aspects of such thought — make them see how this leads to a culture of violence against women and why this is objectionable at multiple levels.

Feminism, and the demand for equality and equity in society, is not a battle of women pitted against men. It is not aimed at 'bringing down men'. Come out of the dark: Feminism is not 'anti-men'. And it is about having two-way conversations. (Source: Twitter)

The only thing feminism aims to achieve is the right for women to be recognised and treated as humans — at par with men.

A two-match suspension move on Pandya can lead to a lot of men starting pretentious talks about 'women's equality' — not that they don’t do that already — but it can also lead to a lot of them shutting up about their real feelings. Punishing Pandya will send out this message — boys, share your real thoughts about women, and how they should be treated, only in private. In the public sphere, wear a virtual bow-tie and act the virtuous gent, even if you're secretly laughing at the same.

We don't need such hypocrisy.

It is better to have a Hardik Pandya express his views openly, and be slammed for them openly.

Losing that oportunity will be a net loss as we can’t possibly engage with things that are not said. But are, indeed, done, and felt.

Penalising men for being sexist in their professional domains would be a great setback to feminism itself.

Pandya is a talented cricketer. He is the best all-rounder India has had in a while, one often been compared to cricketing legend Kapil Dev himself.

He has been slammed for what he said. He has apologised.

The idea is to make him and scores of other men (and some women) see that he is wrong, not to stop him and them from speaking or from listening — because that is not what feminism is fighting for.

Let him play for the country.

And let his words allow the country to think of old concepts anew. Let them not become an excuse to apply a ban on free thought, all over again.

Also read: Hardik Pandya and KL Rahul chatting with Karan Johar is not for the faint-hearted

#BCCI, #Feminism, #Koffee With Karan, #Hardik Pandya
The views and opinions expressed in this article are those of the authors and do not necessarily reflect the official policy or position of DailyO.in or the India Today Group. The writers are solely responsible for any claims arising out of the contents of this article.