Critical of Congress’ 'Muslim appeasement', 5 times the BJP indulged in 'Hindu appeasement' itself

The BJP government has long blamed the Congress for indulging in what it calls the ‘politics of Muslim appeasement’.

The BJP has maintained that while the grand old party did nothing concrete for Muslims, it made token gestures towards the members of the community, only to keep them in good humour. 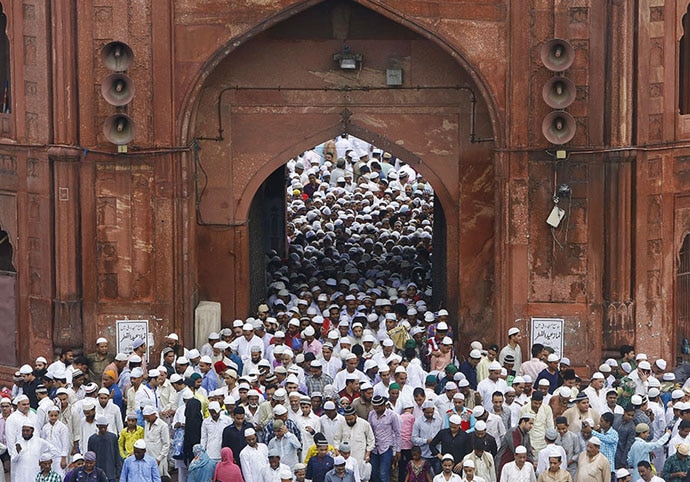 The BJP had often accused the Congress of 'Muslim appeasement'. (Source: Reuters)

The overturning of the Supreme Court verdict, ordering maintenance for Shah Bano, a Muslim divorced woman, within Parliament in 1986, is seen as the most blatant example of appeasing Muslims by the Congress.

The BJP, on its part, repeated ad nauseam that it was committed to 'Sabka Saath, Sabka Vikas', with Prime Minister Narendra Modi refusing to wear a skull cap — a gesture that the BJP said the Congress had used repeatedly as a gesture of appeasement. So, when Modi sat down to give an interview to ANI on January 1 this year, he once again reiterated that when his government worked towards ensuring all villages get power supply, it did not look into how many Hindus or Muslim lived in them.

But the absence of discrimination doesn’t automatically mean that appeasement has not happened.

The BJP in power in the last four and a half years has indulged in 'appeasement' — with a careful eye on mobilisation of Hindu votes.

BJP’s clamour for Hindu votes hasn’t been as shrill as it was during the build-up to the Ram Temple movement in 1990, which began with LK Advani’s Rath Yatra that lasted from September to October 1990, and saw Hindutva demagogues, such as Uma Bharti and Sadhvi Rithambara, raise slogans saying, “Jo Hindu hit ki baat karega, wahi desh par raj karega”. Yet, there has been a clear attempt at appeasement. 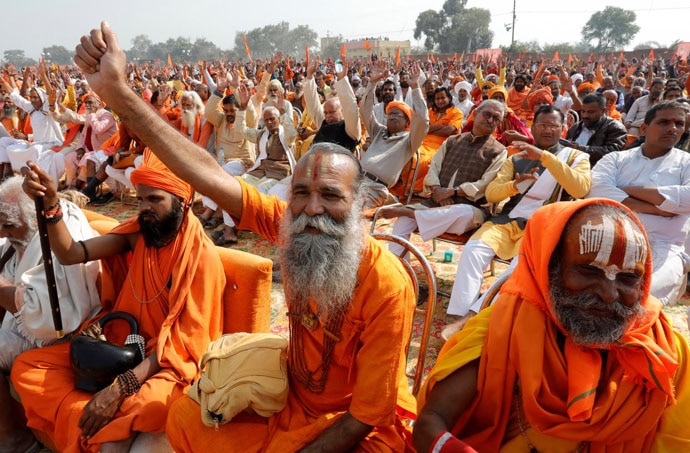 Mandir Wahin Banayenge? Hindus are considered the BJP's core voter base. Can they be appeased? (Source: Reuters)

Here are five cases in which the BJP clearly looked to be appeasing Hindus:

While the second rung of BJP leaders have openly supported people who were part of lynch mobs, the top leadership appeared to be patronising them by remaining silent. When the furore over the matter grew, the BJP leadership did break its silence — but the condemnations appeared feeble compared to the magnitude of the crimes taking place.

While the BJP leadership should have unequivocally denounced mob lynching, it played hot and cold, with an eye on Hindu votes. The cow is considered a sacred animal by many Hindus and thus, by supporting the cause of the cow, the BJP wanted to be seen as the only one protecting 'Hindu interests'.

The Citizenship (Amendment) Bill seeks to amend the Citizenship Act of 1955, which prescribes the four main methods of acquiring citizenship: by birth, descent, registration and naturalisation. Despite several quarters calling to stop immigration, the BJP is pushing for a bill that can help 'Hindus' do the same. (Source: Reuters)

The new bill says that Hindus, Jains, Sikhs, Buddhists, Parsis and Christians — but not Muslims — who had come in illegally from Afghanistan, Bangladesh and Pakistan would not be treated as illegal immigrants.

The Rashtriya Swayamsevak Sangh (RSS) doesn’t consider Sikhs, Jains and Buddhists to be different from Hindus, hence these communities find favour in the new bill.

By pushing this bill, the BJP wants to firm up the belief that it works in the interest of Hindus, both the core community and its larger wings.

The Shiv Sena and another Hindu organisation claimed to have forcibly shut around 400 meat and chicken shops at different locations in Gurugram, demanding that they remain closed during Navaratri in 2018 — the BJP government in the state did not act against this forcible shutdown.

The BJP tried to play its puritanical vegetarian card in Karnataka too. It raked up debates on whether CM Siddaramaiah visited the Dharmasthala Manjunatha temple after eating fish for breakfast and if Rahul Gandhi went to the Koppala Narasimhaswami temple after eating ‘country chicken’.

The issue of vegetarianism is certainly not a governance issue — it is only drummed up only to appease ‘vegetarian’ Hindus.

Ever since the BJP came to power in 2014, the party has been changing what it considers ‘Muslim’ names of places with ‘Hindu’ ones.

Former chief minister of Rajasthan, Vasundhara Raje, changed the names of eight villages in the state. 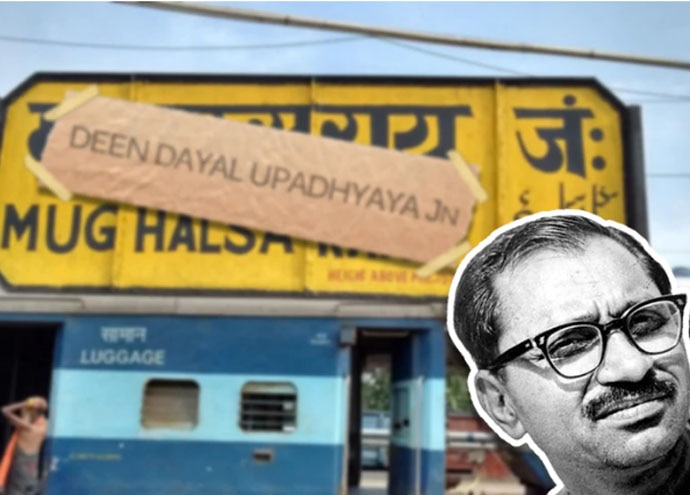 Uttar Pradesh chief minister Yogi Adityanath has not only changed the names of Allahabad (Prayagraj) and Faizabad (Ayodhya), but also suggested that the Taj Mahal be renamed 'Tejo Mahalaya'.

The moves have served no purpose apart from trying to appease Hindus.

This is the one card the BJP has been using as a bait for Hindu voters over years. Only this time, it was the RSS that spoke about taking the ordinance route to build the Ram Temple in Ayodhya.

While the PM has maintained that the BJP would wait for the court verdict since the two communities could not reach a compromise with an ‘out of court settlement’, party spokespersons such as Sambit Patra have been repeating, “Mandir wahin banayenge” in a bid to keep Hindus in good humour.

But fervent though all the rhetoric may sound, the BJP’s losses in Karnataka, the three Hindi heartland states and several by-polls through 2018 shows, the appeasement policy hasn’t cut much ice with the voters.

Also read: BJP's Con Job: The party of Hindus has only crooked Hindu voters using emotion with no real achievement