Is the Hanuman really angry?

Three years after it was created, the image of the so-called angry Hanuman got validated as the “pride of Mangaluru” after Prime Minister Narendra Modi praised it while launching a scathing attack on the Congress ahead of the Karnataka elections.

The vector image of Hanuman, which can often be spotted on cars, motorcycles and auto-rickshaws or on social media as profile photos, has something striking about it. This Hanuman is very different from the traditional one, kneeling with folded hands in front of Rama, Sita and Laxman; a mace put down on the floor. 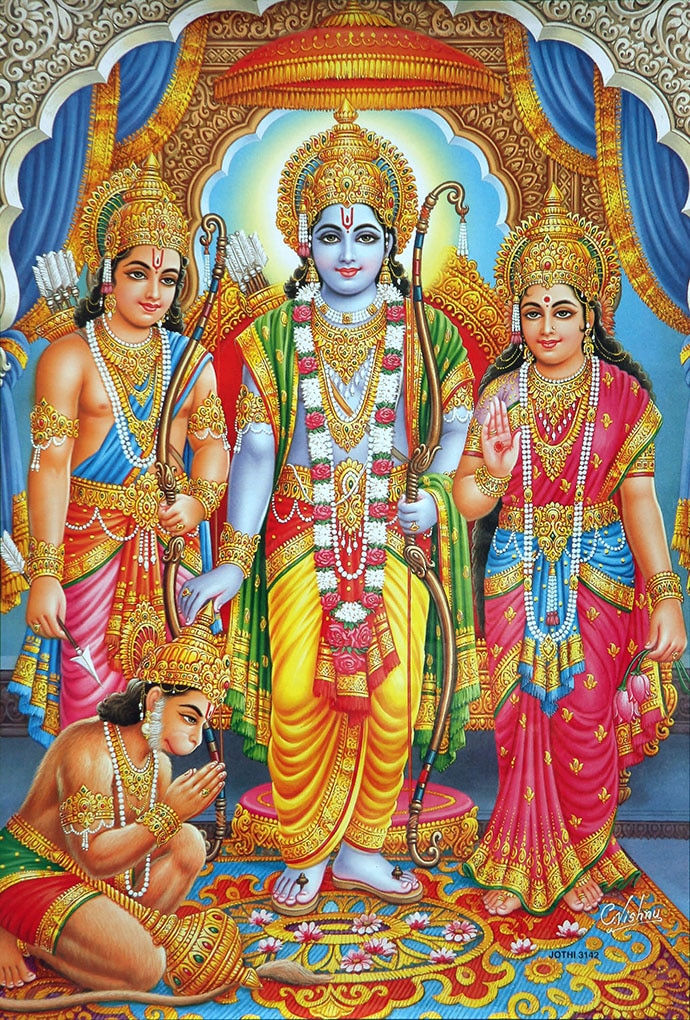 Unlike the traditional image, this Hanuman is not looking down. Instead, he has intense eyes and fiery expressions, accentuated by the use of saffron colour which merges with black. While the captivating art invaded several merchandises, including t-shirts, laptop screens, it soon got hijacked by the Hindutva debate. What stopped it from becoming just another commercial fad like Chhota Bheem or American superheroes was the fact that it was an image of Hanuman, a popular Hindu deity; portrayed in saffron. Both these factors led to the debate as to whether it represents “hypermasculine Hindutva” in India. The artist has also recreated portarits of Krishna and Prahlad.

Thanku barat&pravin u ppl askd me to sktch Hanuman fr a flag in 2015,that's d reason pm has appreciated me&my work. Dis s all bcz of u guys.

Twenty-nine-year-old Karan Acharya had risen to popularity long before Modi mentioned his name during the election rally in Mangaluru on May 5. On several occasions over the last three years, he has spoken about how this piece of art was born and how its popularity surprises him.

According to reports, this is how the story goes: Kerala’s Karan Acharya is a graphic designer. He created the new face of Hanuman in 20 minutes, when boys from his village, which is in Kerala, asked him to create a new face of Hanuman for their Ganesh Chaturthi flag. Till then, the flag used to bear an Om sign. Acharya's brief was not to give "his Hanuman" a smiling face. “My Hanuman has attitude, not aggression. He is powerful, not oppressive. But that’s the problem with art. There is no limit to interpretation,” Karan said.

Though Karan hails from Kerala, he is based in Mangaluru. Bengaluru was the first city to embrace the angry Hanuman image on just about everything, before it impressed north Indian cities. During his campaign in Mangaluru, PM Modi praised Acharya and his art saying, “I want to applaud artist Karan Acharya whose Hanuman portrait has captured the imagination of people across India. This is a laudable achievement and is the power of his talent and imagination. This is the pride of Mangaluru. All TV channels queued up for his interview."

Attributing this to Congress’ failure in the state, Modi said, “The Congress’ ecosystem doesn’t even tolerate the magnificent art of Karan Acharya whose Hanuman captured the imagination of the entire country. Unable to digest its success, the Congress tried miring it in a controversy. There is not an iota of democracy in the minds of the Congress members.” This is also the reason why such a party does not deserve to rule Karnataka even for a day, he added.

As Acharya said that a piece of art is always open to various interpretations, there have been many articles delving deep to find out whether Hanuman in the portrait is really angry. A Scroll article traces the history of how images of deities have been re-imagined from time to time. American Indologist, professor Lutgendorf, told Scroll that there have been a lot of experiments with the portrayal of Hanuman, which explain why Hanuman has been made to look more like a human, shedding his monkey features. Also, at one point of time, bodybuilders influenced the image of Hanuman and led a more muscular look to the deity. From art's perspective, the angry Hanuman can just be an experiment in this evolution.

For the first time, I consiously tried to notice "allegedly angry" Hanuman photo on Vehicles, believe me it's become a rage, so much so that Samajwadi Yadav's are also proudly displaying it... pic.twitter.com/woQa8iM2Dh

Though Acharya has clarified again and again that his Hanuman is not at all angry, people are busy guessing the real reason behind the "rage". According to a TOI report, a family at Pillanji village, which lies behind the INA market in Delhi, interpreted this rage as his anger against poverty. They are using the image with a tagline, “He goes to a temple to eat a laddoo, he goes to a mosque to eat kheer. The hungry don't understand religion.” The family these days is busy feeding people in the streets.

How it became a Hindutva symbol

Taking part in a panel discussion on Kathua rape and murder incident, Kerala-based writer and activist J Devika said that she would boycott “any object or person who endorses aggressive Hindutva symbols, including auto-rickshaws that flaunt angry Hanuman poster”. This was an extension of her argument that she would not enter a temple again if there is no justice to the family of the eight-year-old. Her argument found support on social media. This gave a finality of sorts to what the portrait actually depicted. It came to be seen by many on social media as a symbol of the extremist Hindu identity.

However, as reports suggest, the portrait became viral just like any other copycat fashion trend. But now that it has found its place in PM's election speech in Karnataka, the controversy may go on to live long.

Also read: Why declining share of agriculture in GDP should worry Modi government