Why there is a need to rediscover India

Over the last one month, I had the privilege of attending a couple of public discourses with many known intellectuals debating whether India should reinvent its idea in totality or merely rediscover itself or go for restructuring. 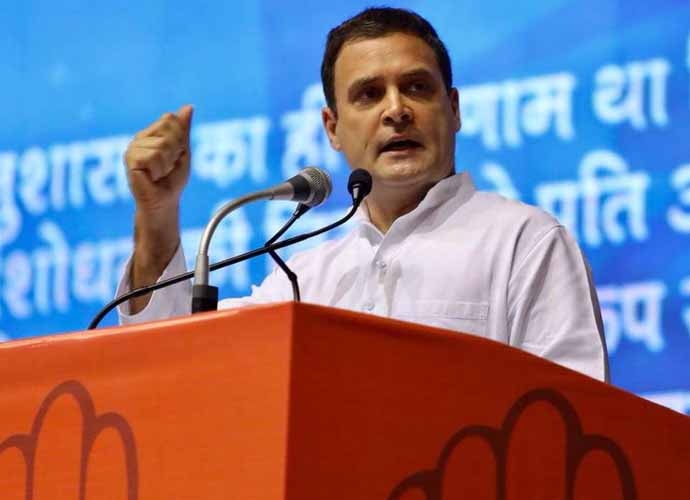 Apologists of the reinvention brigade, decidedly from the right wing, have adopted an aggressive stance these days with a favourable government at the Centre and in a large number of states.

One major argument of the "reinvent lobby" is that the Indian civilisation is 7,000 years old, the republic is 70 years old and there is a new government at the Centre with a decidedly new outlook.

This outlook believes that the great ancient Indian culture "has been overlooked for 250 years now - for 180 years by colonialism and for 70 years by agents of colonialism". Hence, recreating is reclaiming. The Indian economy, which was 27 per cent of the global economy in the 18th century, shrunk to three per cent in the 1950s.

Thomas Babington Macaulay's education policy of 1835 imposed English education on India and infused a permanent inferiority complex among common men in the country with regards to English language, taken forward in the Nehruvian era, which started in 1947. This has led to an attitude of subservience to the West, rise of a poverty-stricken idea of India, and an inward-looking socialism, which has produced more poor than solving the problem of poverty.

True scientific research and entrepreneurial forces have been restrained due to this prevalent attitude. The ideas of central planning and controlled economy are obsolete today. There is a belief that India's achievements till today have happened despite central planning and Nehruvian socialism, not because of it.

Indians do not look at themselves as they should. Universal spiritualism and brotherhood were embodied in Indian philosophy through Vasudhaiva Kutumbakam (The world is but one family).

Kalidasa is comparable to Shakespeare, but has been pushed into literary oblivion. While the Indian civilisational ideas are reflected even in the Sustainable Development Goals of the United Nations, we are neither aware nor proud of them. We are no longer bothered about foreign recognition or appreciation of our plans, policies or politics. The unstated idea seems to be that we should make our own role models and transition strategy.

The reinvent and recreate lobby also believes that for everything that is true in India, the opposite is also true. "Why should there be one idea of India? Why singular? Why not a million mutinies? Constitution is a rule book about how we live our lives is subject to change. Did India begin in 1947? Did the idea of India start only then, was it run by one family alone, written in one book, and fathered by Gandhi?"

The rediscover lobby, decidedly the Nehruvian apologists, are in turn questioning the much-touted "new India" noting that it has led to the worst of social disharmony, majoritarian dominance, cow vigilantism, decline in scientific temper, and worsening of the position of women.

This lobby wants a return to Nehruvian idealism, protection of BR Ambedkar's Constitution, and a rainbow coalition of many castes and communities - perhaps, political parties too - to govern India.

Guided by the vision of the founding fathers of Indian Constitution, India still survives, while Pakistan is virtually falling apart.

Even after 101 amendments, the Indian Constitution is still the beacon for Indian polity since it has handled diverse social contradictions, and ensured the rule of law, separation of power, independence of judiciary, and a strong Union in a federal polity - all of which, according to this lobby, are under threat in the right wing vision of "new India".

They say that the Constitution survived sub-national aspirations and regional demands. Nehru's Discovery of India is deeply spiritual, and he got our culture married to modern governance through the Constitution, and ensured growth of science and scientific temper, which is now under threat as seen by central ministers questioning Darwin's theory and saying that internet existed in the Vedic age or that Ganesha went through a plastic surgery for his trunk.

A section of the rediscovery lobby also says that Western thinking is linear, ours is cyclical, not straight, and converging. And, hence reinforcing the idea of India is not necessarily going back to the past.

Invasions in India during the last 800 years by various forces have led to a cultural mix and assimilation making the country diversely rich. It is this cultural parallelism that exists at the core of the existing idea of India, and a centralised rightist narrative cannot be imposed on it. Since recreation is linear, it does not reflect the truth in the land which believes in "Ekam satyam, viprah vahudha vadanti". (The truth is one, interpreted differently by different learned men.)

This rediscovery lobby passionately puts forth that pluralism, sense of diversity and inclusivity are at the core of the idea of India today, reflecting our civilisational journey. To maintain its nature of antiquity, continuity, diversity and assimilation, this idea cannot be reinvented or recreated.

Historians among the rediscovery lobby point out that in 1923, the Hindutva narrative brought into focus a new idea of India presented by VD Savarkar. This idea rejected India's syncretic traditions.

Savarkar's ideas of pitrabhoomi and punyabhoomi, in effect, accepting the two nation theory of MA Jinnah, put forth later in 1942, had been rejected by the people in favour of multi-cultural Hindustan.

This lobby questions the right over whether Mohammad Akhlaq's killing or the murder of Mohammad Afrazul by Shambhu Lal Regar, or six men raping and killing an eight-year-old girl are realities of the "new India".

India, with the second-largest Muslim population of the world, cannot be a Hindu Rashtra for sure. India, with a GDP growth of more than 7 per cent, cannot play second fiddle to the Western economies. India, with 56 per cent population below 25 years of age and 67 per cent below 35 years, is surely a major world force of the future.

While Afrazul's heinous murder in Rajasthan or the gang rape and murder in Kathua, near Jammu cannot be allowed to represent the face of new India, we cannot also accept minority appeasement and using Muslims or Dalits or tribals as mere vote banks.

The idea of India needs reform, building upon self-reliance, national role models, strengthening the conversation with our tradition, and honouring diversity in every walk of life.

The restructured or evolved idea of India needs to ensure true secularism where the state has no role to play in religious matters, which are best left to individuals, and all religious conflicts should be seen only as law and order problems.

The restructured India should also ensure a better economic life for the marginalised people through minimum support Prices for farm produce, protection of forests and tribals, ensuring women's safety, granting minimum wages, among others.

Neither the ultra-nationalism of the Hindutva forces, nor the eulogy of one family and Muslim appeasement should find a place in the reformed India.

What India needs is sustainable progress. What it doesn't need is a powerful arrogant leader or a group of squabbling regional leaders.