Indian rupee is recovering from record low with these Bollywood songs

A strong rupee can really buy all Indians happiness.

What divides the world most is perhaps bridging the great chasm in discourse about the Modi sarkar in India right at the moment — money. The Modi government and all its 'graphic' evidence on one side and the opposition parties on the other, trying to break down the meaning of the falling rupee against the dollar. The common man is, of course, a spectator in all this as politicians fight behind the 'paywall'.

The ebb and flow of conversation, depending on which side of the great divide your are, is only raising the anxiety.

Will the rupee ever recover? 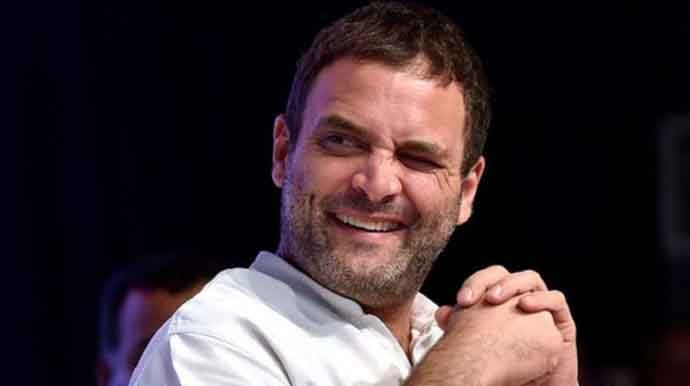 Nothing to worry: According to Economic Affairs Secretary Subhash Chander Garg, the rupee is depreciating due to external factors. Does Rahul agree? (Photo: Twitter)

Some equally contentious 'proofs' bust those claims. At the end of the day, nobody knows how to stop the rupee from dipping further. But everybody knows the political discourse ahead of the 2019 elections is definitely going to fall further.

But when the going gets tough, Indians go seeking solace in Bollywood songs — one industry where the value of money has been unshakable.

Here are a few songs to reassure us all that the rupaiya is invaluable.

1. The biggest of all

Even though some things go without saying, the great wise man Mehmood knew sometimes it's important to repeat profound truths. And thus, he declared 'Sabse Bada Rupaiya (the rupiaya though in its current state must be seething with anger).

Ye duniya agar mil be jaye to kya hai (So what even if you have everything — money, wealth, power?). Mohammad Rafi voicing Guru Dutt's angst, a struggling poet refusing to compromise with the social (read material) reality.

There are some people who never learn — the romantic revolutionary. Ask those in Dalal Street, such 'bawling boys' fools.

3. My life depends on you

Of course, there are a number of Bollywood songs in praise of the rupaiya, but we only talk about the ones that are most valuable to us. The accuracy of their commercial success graph doesn't matter to us.

Simple, realistic, accurate description. Well, we were talking about  Mithun Chakraborty's dance moves and the lyrics by Vishweshwar Sharma (we are ready to bet our money, none of you have heard of him before). What a co-incidence, Sharmaji also penned the songs of Paapi Pet Ka Sawaal Hai (Okay, enough of Bollywood trivia).

If you want my pyaar, mere dildaar/Show me your credit card/

Money show me the money?/

If you want romance/Nahi koi chance/ Unless you wanna spend/

Do we need to say more.

So does money make us happier?

A strong rupee, it turns out, can really buy you happiness. Apart from securing the obvious 'roti, kapda, makaan', a strong rupee can also help you outsource everyday chores, pay for convenience, personal services, buy you love, sex, even impregnate seeds of hope into childless couples, loveless marriages, lifeless careers.

There is nothing that 'rupaiya' can't do — but for that, it has to remain really strong.

It isn't about who you are, but about what you are worth.