Many of India’s leading universities have since September been preparing their applications in a bid to get tagged as Institutions of Eminence (IoE). Some enthusiastic university leaders have already announced to the press that they will be seeking the IoE status.

It is expected that by March-April 2018, 10 public and 10 private higher education institutions will get the IoE tag.

The IoE group of institutions will be completely free from UGC regulations. They will enjoy unprecedented administrative and financial autonomy in a wide range of matters, including faculty and staff salaries, student fees, courses on offer and content. For instance, the institutions in the IoE group will be free to seek foreign faculty with higher salaries if they so wish. The government is committed to provide up to Rs 1,000 crore to each public institution while private institutions will have access to public funds for research.

First, there is some evidence that foreign-trained faculty, especially those with PhDs from some of the best universities in the world, are more research-oriented and research-productive than those trained at even the best Indian universities. This is a broad generalisation, of course, but holds true mostly. Therefore, in order to compete effectively in the world university rankings, the IoE group is well-advised to hire PhDs from the best universities in the world or those most likely to be productive in terms of research output and quality of research. 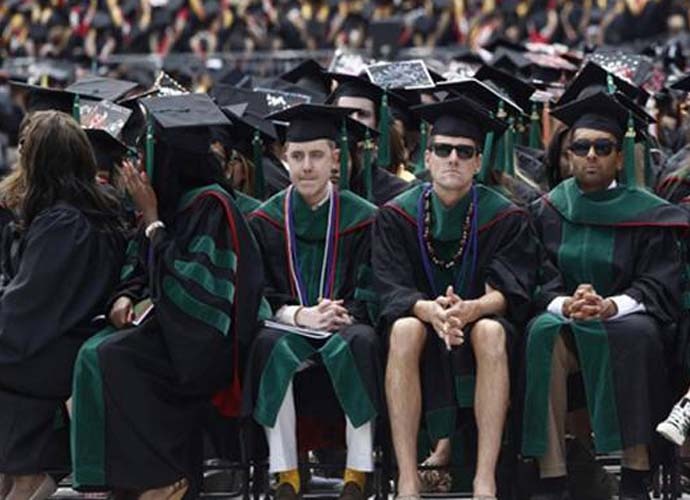 Second, hiring foreign faculty will earn points in world university rankings for internationalisation of education. Therefore, just hiring X number of foreign professors – not those with foreign PhDs alone but those with foreign passports, including Overseas Citizenship of India (OCI) – will benefit the university in terms of rankings.

The UGC’s recommendation is that the IoE group hire foreign professors to a maximum of 25 per cent of faculty strength. However, the definition of foreign faculty is broad and includes even those with Indian passports if they have earned their PhDs at any institution which ranks among the top 500 in the world. While hiring Indian passport holders with PhDs from abroad will bring research benefits, their presence will not be beneficial in terms of internationalisation for which foreign passports (and not foreign PhDs) will count.

Will they come and stay?

A recent survey on select Indian Institutes of Technology (IITs), though hardly comprehensive or conclusive, found that some IITs – notably IIT-Bombay and IIT-Delhi - have done much better than others in adding foreign-trained PhDs to their faculty roster.

Some other institutions such as Indraprastha Institute of Information Technology, Delhi and Ashoka University are also success stories in terms of recruiting foreign PhD holders as well as foreign passport holders. So, for a variety of reasons, some institutions have done better than others in hiring foreign PhDs.

But there is another aspect about foreign faculty that merits attention – retaining the hired faculty. Many universities have not been doing well on that front. Recently, there was a case at Nalanda University where an American faculty member’s contract was not renewed because she was deemed unsuitable to teach a course on an Indian theme. But there are other cases too, where foreign faculties have left due to the extremely difficult conditions created by their colleagues and the university administration.

Those who come must be prepared for the worst

Hiring foreign-trained faculty will benefit the institutions which hire them. The IoE group must especially seek foreign faculty in some combination of foreign-trained Indians and those with foreign passports, including OCIs. However, those with foreign PhDs often find it difficult to work at Indian universities and these difficulties will exist even at the IoE group. Higher salaries may help but location often matters for foreigners and those returning from abroad. City-based institutions have an advantage in this regard but imagine the plight of a foreigner landing in Delhi for a job interview under current conditions. At the same time, of course, there are advantages of working in India that do not exist in Western universities.

But the biggest obstacle to hiring and retaining faculty will be the work culture at India’s universities and professional relationships with colleagues and administrators. It is difficult to imagine, for example, how the deeply-entrenched culture of obstructionism directed at research-oriented faculty, especially those with a PhD from abroad, will go away with the IoE tag. Or imagine the difficulties that an OCI will face if she is hired at a higher salary than her colleagues because of her research record. Some foreign faculty members may adapt to working under “Indian conditions” but most will not.

If the current record of India’s universities is any indication, hiring and retaining foreign faculty will be among the biggest challenges for the IoE group of institutions.