ISIS is here: Moment of truth in Jammu and Kashmir

We need to recognise that Kashmir needs a radically new narrative. And that may involve abolishing Article 370.

The moment of truth for New Delhi about the presence of Islamic State (IS) terrorists in Jammu and Kashmir seems to have arrived with the killing of Dawood, the head of the Islamic State J&K (ISJK) and three other terrorists in a gunfight in Srigufwara area in Anantnag district, on June 22.

For too long, both New Delhi and J&K leaders of all hues, have been in a state of denial about the presence of the Islamic State in the state, ignoring the black Islamic State (IS) flags held aloft by stone pelting mobs attacking security forces in Kashmir.

In fact, when waving of the first flags of IS appeared among the crowds as early as October 2014, the then chief minister, Omar Abdullah, denied the presence of IS in the state and described them as acts of "some idiots" to catch media attention. 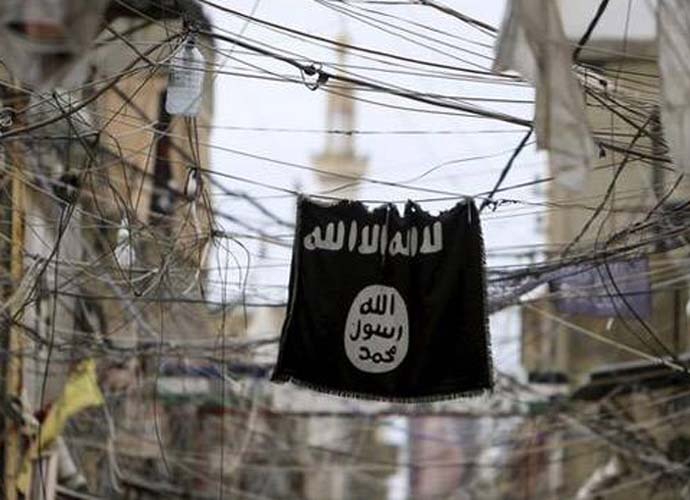 In November 2017, when a suspected IS terrorist Mugeez was killed in an encounter with security forces in Srinagar in which a sub inspector was also killed, the IS flags appeared in the funeral covering his body. New Delhi still chose to ignore the IS presence, which was now more than some "idiots" waving its black flags.

Even when the IS propaganda channel, Al Amaq, said, "It assassinated an element of police in firing near city of Srinagar in Kashmir," alluding to the killing of Hurriyat Conference leader Fazal Haq Qureshi and a policeman in the Soura area of Srinagar on February 22, 2018, New Delhi promptly went into denial mode just as Srinagar always did. Perhaps, it did not suit their political narrative.

On the occasion, though the DGP of the state, SP Vaid, had said the presence of IS in the state was worrisome, a home ministry spokesperson said emphatically: "There is no physical infrastructure or manpower of the IS in the Valley. It does not exist in the Valley."

For too long, we have been blaming the ISI bosses and Pakistan-based jihadi terror groups for inciting militancy in the Valley, ignoring the IS spreading its tentacles through social media. It suited Pakistan's narrative also as it had been claiming IS had not taken roots in the country.

In fact, the IS declared its intent to enter India with the forming of the IS India group - Al Hind in 2016. The IS cadres started dispersing after its successive defeats in Iraq and Syria from 2016 onwards. One terrorist suspected to be involved in train sabotage in Lucknow was shot in a gunfight on March 2017; according to the police he probably had IS links.

Kashmir probably offers a fertile ground as it has a long history of Pakistan-sponsored terrorism against the state, gingered with the local demand for azadi.

On the same day of the security forces' encounter with the IS terrorists in Anantnag district, in distant Indonesia, the case of 2016 IS terrorist attack in Jakarta was brought to a close.

A five-judge panel sentenced to death radical cleric Aman Abdurrahman, the de facto head of IS in Indonesia, for his role in inciting others to commit terror attacks in Indonesia.

The court found the 46-year-old head of the Islamic extremist network Jamaah Ansharut Douala (JAD) planned and incited others to carry out terrorist acts. The JAD's 2016 terror attack was first claimed by the IS in Southeast Asia

The presiding judge said: "The defendant has either met his followers face to face or distributed his write-ups widely on the internet, MP3 clips as well as audio calls."

Commenting on the judgement, Adhe Bhakti of the Centre for Radicalism and Deradicalisation Studies (Pakar) was quoted by The Strait Times as saying "bear in mind that Aman Abdurrahman is an ideologue. Even his words could move others to commit terror acts. What we have today is the death penalty slapped on that influential person spreading those words."

If Indonesia, with the largest Muslim population, is taking IS inspired terrorism so seriously, for how long are we going to play ducks and drakes with jihadi terror in Kashmir to suit political narratives?

We need to recognise that Kashmir needs a radically new narrative. And that may involve abolishing Article 370 according a special status to J&K and make it a full-fledged part of India. Even Pakistan has done it by merging the part of J&K it had occupied with the rest of the country. Do we have the courage of conviction?

I wish I could say yes with confidence.

Also read: How can people even think breastfeeding is an indecent act?

#Article 370, #Islamic state in kashmir, #Jammu and Kashmir, #Islamic State
The views and opinions expressed in this article are those of the authors and do not necessarily reflect the official policy or position of DailyO.in or the India Today Group. The writers are solely responsible for any claims arising out of the contents of this article.