A hunting we will go, insists Japan, and starts commercial whaling again. It's not just the whales which should be worried

Japan pulls out of the International Whaling Commission — the entire move reeks of double standards as the country has always stressed on multilateralism in its diplomacy.

After China withdrew its ban on the trade of tiger bones and rhino horns (and later said it will rethink the decision), it is now Japan that has emerged as the latest nemesis of our wildlife.

On Wednesday, Japan announced that it would resume commercial whaling after refraining for three decades. Japan has been part of the moratorium on hunting whales from 1986, established by the International Whaling Commission (IWC).  In what is considered a defiant move, Yoshihide Suga, Japan’s chief cabinet secretary, reportedly said that the country would withdraw from the IWC as well.

The IWC is an inter-governmental organisation, established in 1946 under the International Convention for the Regulation of Whaling. The purpose of the Commission is to provide for the proper conservation of whale stocks and thus make possible the orderly development of the whaling industry. 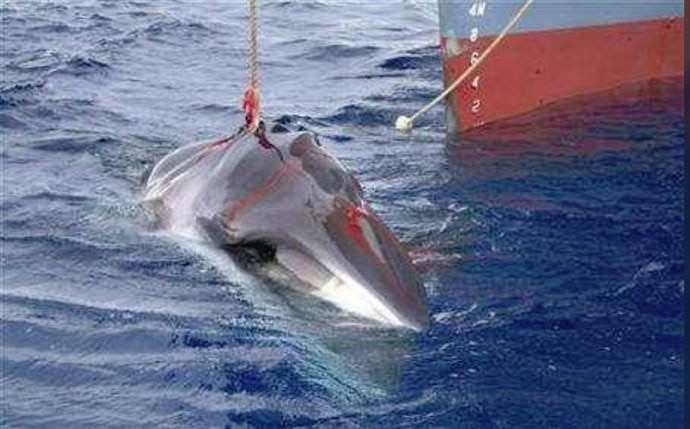 A minke whale harpooned by a Japanese whaling vessel Yushin in the Southern Ocean (Photo: Reuters)

On September 13, 2018, IWC members had convened in Florianopolis, Brazil, where they discussed and rejected a proposal by Japan to renew commercial whaling.

Following the 'Florianopolis Declaration', the IWC voted that the new purpose of the IWC is mostly the conservation of whales and that they would allow the recovery of all whale populations to pre-industrial whaling levels. An incensed Japan — which had argued that one of the IWC’s original goals was to promote sustainable hunting — withdrew its membership.

Japan was nobody’s favourite even as a part of the IWC. The international agreement never stopped Japanese whaling, because it allowed the country to continue killing whales for scientific research — while selling their meat. Anti-whaling countries and lobbies have always accused Japan that the 'scientific whaling' was nothing more than a sham — little more than a cover for commercial whaling. The Japanese government argued that the IWC regulations specifically required that whale meat obtained by scientific whaling not go to waste, hence they commercially consumed the meat — justifying the continuing of 'studies on sex and age of whale population distributions'.

But with the announcement on Wednesday, Japan has now shed all pretences of any sort of study.

A possible silver lining could be that the Japanese officials announced they will resume commercial hunting within their own territorial waters and Japan's 200-mile exclusive economic zones — sparing whaling activities in the Antarctic Ocean, the northwest Pacific ocean, and the Australian Whale Sanctuary.

In recent years, Japan had an annual quota in the Antarctic Ocean of hunting 333 minke whales. In the 2017-18 hunting season, the whales hunted included 122 pregnant females. This caused outrage amongst conservationists, particularly the Sea Shepherd Conservation Society (SSCS) who work on cetacean conservation.

Japan’s latest announcement has now been welcomed by the Sea Shepherds, who have clashed with Japanese whalers many times in the past. Claiming the decision to abandon whaling around Antarctica as a victory to their conservation efforts, Captain Paul Watson, President of the SSCS, said, “We are delighted to see the end of whaling in the Southern Ocean Whale Sanctuary. We look forward to continuing to oppose the three remaining pirate whaling nations of Norway, Japan and Iceland. Whaling as a 'legal' industry has ended." 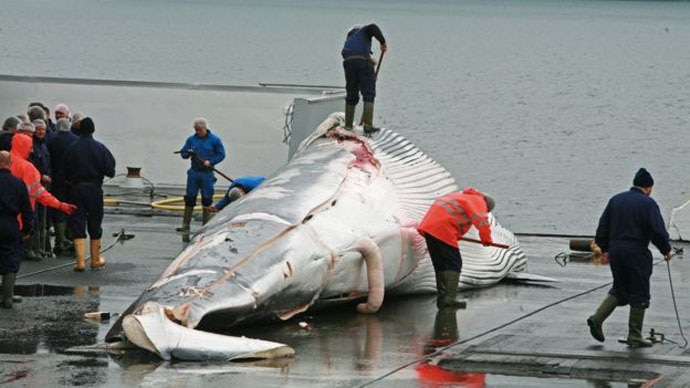 Human gluttony and greed have no bounds — be it China considering lifting the ban on the organs of endangered animals (ostensibly for medicinal purposes), or Japan brazenly whaling to satiate its prized palate. According to a Greenpeace report in 2006, 5,560 tons of whale meat worth ¥5.5 billion (approximately Rs 348.5 crore) is sold in Japan each year. Fluke meat (meat from the tail flipper) sells for over ¥22,000 (approximately Rs 14,000) per kilogram — more than thrice the asking price of belly meat.

The meat in the tail flipper is less than one-tenth of that in the belly — more whales have to be killed for fluke meat vis-à-vis the belly meat. A slice of whale bacon at whale meat tasting in Tokyo. Is the delicacy worth the declining whale population? (Photo: Reuters)

Next, what is going to be the Japanese plan of action once its waters run out whales? If at all the authorities are considering commercially farming the whales, it is not going to be of much use as the consumers reportedly prefer the whales from the Antarctic waters. Of the entire whale meat sold in Japan annually, 20 per cent comes from the Antarctic waters. This is because the whales from the Southern Ocean reportedly taste better because of the krill — small crustaceans that make up a major part of the whales' diet — abundant in the area.

While coastal whaling is part of Japanese culture, like Norway and Iceland and the Inuit of northern Canada, only Japan sails a fleet of ships halfway across the globe to hunt whales and maintains a large factory ship that can process hundreds of whales at sea — all to satiate those taste buds and massage the Japanese ego. 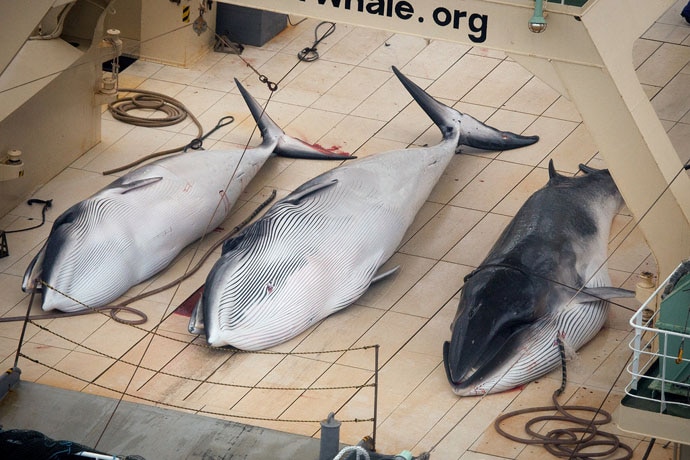 Back during the World War-II era, when the Japanese population was starving as the country lay in ruins, Japan converted two huge US Navy tankers into factory ships and set sail for the Southern Ocean to feed its people with whale meat. However, the equation is very different now — Japan can afford to import meat from Australia and America, eliminating the need for deep-sea commercial whaling. As of now, Iceland and Norway are already exporting most of their whale meat to Japan.

The Japanese reportedly say that while most grew up eating whale meat, "once you have eaten beef there is no need to eat whale meat"— meaning that the two meats taste similar. While commercial cattle farming can be considered viable for the population, the meat from minke whales — declining in numbers, and listed as ‘threatened’ under the IUCN Red List — is not sustainable.

It is time the Japanese authorities sat up and stopped being so airily zen about the declining whale population. Seeing the plight of the whales, even the Bùdài has stopped laughing.

Also read: Stop the shame, China! The lifting of the ban on using tiger and rhino parts is a call for their extinction

#Japanese Cuisine, #Wildlife conservation, #Whale hunting, #Japan
The views and opinions expressed in this article are those of the authors and do not necessarily reflect the official policy or position of DailyO.in or the India Today Group. The writers are solely responsible for any claims arising out of the contents of this article.