"I have lost a younger brother. Despite threats, JD stayed my PSO for years. I could relax only because he watched over me."

Police constable Javaid Ahmed Dar was killed by terrorists on July 6 in Shopian, Jammu and Kashmir.

As consolations poured in for Dar's family, for one senior officer posted in Srinagar, Dar's death has come as a grave personal loss.

Javaid Dar was known as 'JD', a code word amongst his team of police officials. He was the personal security officer (PSO) to senior superintendent of police (SSP), Shailendra Mishra.

In a conversation from Srinagar, Shailendra's Mishra voice was solemn — and exhausted. Having returned from the funeral of one of "his boys", he spoke elaborately on the friend he will never see again.

"I have lost a younger brother. He was my eyes and ears for five years. Despite threats, JD stayed with me on all seven postings. He has left a void that will never be filled," said Mishra.

Dar was with Mishra till 2pm on Thursday in Srinagar city. They had lunch together, unaware it was to be the last meal. JD sought a leave as his parents were set to depart for the holy Hajj pilgrimage.

"He had bought gifts for his parents ahead of their trip and also wished to finish some renovation work at home. I initially refused to grant him leave due to lurking threats against policemen. But he persisted. I let my emotions overrule my sense of judgment," rues Mishra.

Dar was abducted by terrorists the same night from a medical shop — barely metres from his residence in Vehil, Shopian.

His bullet-ridden body was found the next morning from Kulgam district.

Together, Mishra and JD had faced many daunting assignments. The team eliminated eight terrorists, out of which Waseem Malla and Saddam Padder were most-wanted. To keep India safe, Army and police place themselves in danger. Source: PTI

In April 2016 in Shopian, Hizbul Mujahideen terrorists Nasseer Pandith and Waseem Malla were neutralised in a joint operation of local police, CRPF and Army.

It was during Malla's encounter that Mishra realized what massive risks JD had undertaken. The ongoing encounter was taking place in Shopian, in the same village from which Dar belonged. Fears loomed large that he may be noticed by OverGround Workers — but JD refused to budge from his position. Several militant encounters have been occurring in Shopian, the heart of Kashmir’s apple industry. Source: Agencies

That day's operation was considered a huge victory for the security forces.

Mishra was deployed for two tenures in the district.

"JD stayed by my side throughout. Amid terror threats, I often asked him to get attached to another officer at a less sensitive posting. He resolutely declined," added the SSP.

Mishra first met Dar in Srinagar during the 2014 floods. He was then in-charge, relief operations, while Dar was on duty to deliver materials to trapped civilians. The chance interaction took place near the airport and the two struck a brotherly bond.

Next year, a coincidence brought both Mishra and JD to Ladakh. Mishra was appointed as SSP, Kargil. The bond between the two grew stronger and Dar decided to join Mishra as a PSO.

"He was a young, dashing, brave man. In lighter moments, we would sing songs and have conversations for hours. He started listening to Nusrat Fateh Ali Khan because I am fond of the singer. As a family, JD addressed my parents as Mummy and Papa. They came to trust him, often calling him up to know about my whereabouts and safety. He was another son to them." 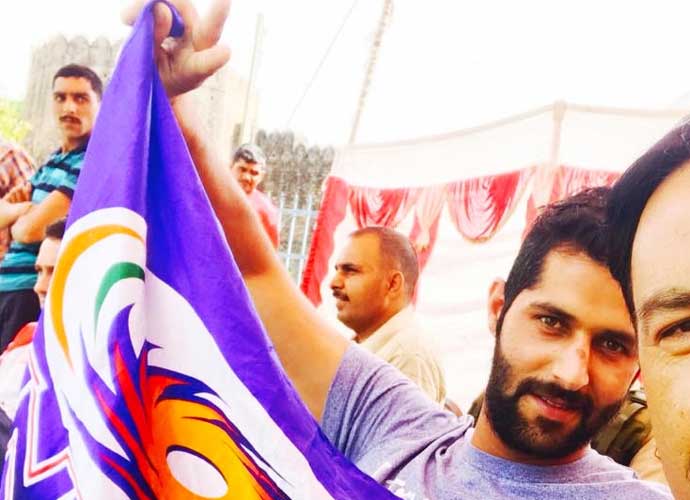 A dashing young man, JD was full of loyalty and good cheer.

Mishra owns a pair of black-tinted glasses that were sometimes worn by JD. Mishra often jokingly rebuked him to stop using the officer's personal items.

Today, he holds the glasses close to his palm, recalling the life of his close aide, brutally killed.

The SSP boasted how JD never abused his proximity to an officer for personal favours and did not get drawn into corrupt activities. His sense of duty reigned supreme.

"He always had an option to leave — but he stayed on."

Reminiscing about the PSO's sincerity, the SSP recalls an incident at a cricket match. Mishra decided to bat and invited JD to participate. Despite having been an ardent cricket fan, Dar refused. "Only one of us can play this game. I would rather stand and ensure your safety while you play," Mishra recalled his PSO's statement.

On another occasion, the officer decided to go on an evening walk by the scenic Dal Lake. Mishra was nonchalant, talking on the phone or halting in intervals. Dar kept pace, walking 100 meters behind him, keeping a close watch and carrying a hidden weapon for protection. Mishra appreciated how the PSO ensured they never attracted attention, which may have got them recognized and become a security concern.

Dar is now dead and Mishra has lost his close aide.

He travelled to JD's residence in Shopian and noticed the despondency. JD's father's face was solemn but he stood proud of his martyr son. Mishra also mentioned the courage of the cop's father who had to recognize his son's body — his chest ridden with four bullets.

When Mishra returned to his residence after the wreath-laying ceremony, he received a phone call. On the other side was a young, distraught girl.

"I had promised her I would bring JD back alive from abductors. I do not know what to stay to her, anymore. I hope she moves on," Mishra concludes. 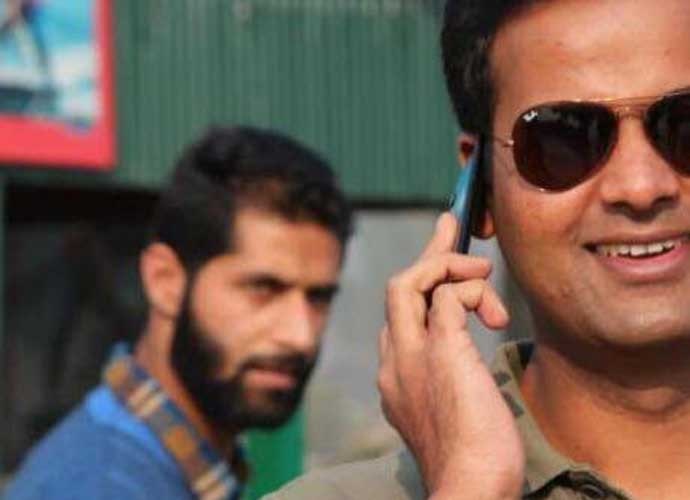 JD did his duty till his last moments.

Hours after JD's killing was confirmed, I noticed Mishra changed his profile photograph on WhatsApp — him talking nonchalantly on a phone while an alert JD keeps a close watch from behind his shoulders. That pair of piercing and cautious eyes had done their duty till the last breath — duty for his officer, his brother — and for his nation.

Also read: Sanju: The facts versus fiction that Rajkumar Hirani chose to show

Post your comment
#WhatsApp, #Police officer killed, #Kashmir crisis, #Javaid ahmed dar
The views and opinions expressed in this article are those of the authors and do not necessarily reflect the official policy or position of DailyO.in or the India Today Group. The writers are solely responsible for any claims arising out of the contents of this article.